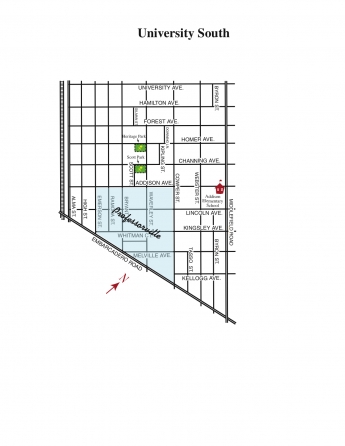 A map of the University South neighborhood of Palo Alto.