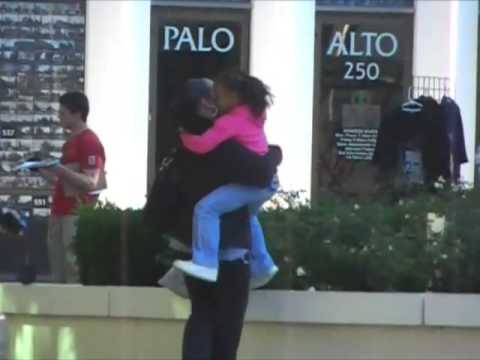 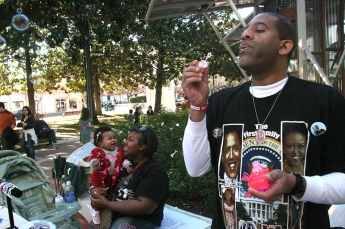 Hundreds of people, including many children, jammed the Palo Alto City Council Chambers on Martin Luther King Day to honor the memory of the Civil Rights leader and also to honor President-elect Barack Obama, who took the oath of office Tuesday.

The accomplishments of the fallen civil rights leader and the first African-American president were linked by a host of officials from Palo Alto, East Palo Alto, Menlo Park and Mountain View who gave brief statements on the importance of Martin Luther King Day and of Obama's inauguration.

"I'm thankful, in my lifetime, we can celebrate the legacy and prophecy of Dr. Martin Luther King one day before we will see an African-American take the oath to become president," Assemblyman Ira Ruskin, D-Redwood City, said.

The Talisman singers from Stanford gave a moving rendition of the spiritual hymn, "Lift Every Voice and Sing" inside the Council Chambers.

Later, after everyone went out to King Plaza in front of City Hall, the singers led the crowd in singing "We Shall Overcome" before about a dozen white doves were released over the heads of the crowd.

"This is a time to give back, and to reach a hand to others" in service to honor King's legacy, former Palo Alto Councilwoman LaDoris Cordell told the crowd.

King's voice rang through the Council Chambers when Cordell played a recording of one of his speeches, including, "Everyone can be great because everyone can serve."

Six local high school students read letters they had written to Obama, part of the hundreds written in recent weeks by students from Palo Alto and East Palo Alto. The letter-writing campaign was organized by Youth Community Services in Palo Alto.

Scott Zhuge, a Palo Alto High School sophomore, read a letter to Obama explaining the need for America to exert "soft power" in world affairs. "This era of politics will not be solved by military power," Zhuge said.

Kevin Ward, a Paly sophomore from East Palo Alto who is African-American, wrote in his letter to Obama how African-Americans, Asian-Americans, Latinos other racial minorities all benefit from Obama's election. "In my America, a president will be for the equality of all people," Ward said.

King had spoken about how "a drum major leads the parade for peace," Rabbi Patricia Karlin-Neumann, senior associate dean for religious life at Stanford, said.

"This time, the parade is going to the White House."

Singapore's oldest cafe was about to open in Palo Alto. Then, the coronavirus hit.
By Elena Kadvany | 2 comments | 4,947 views