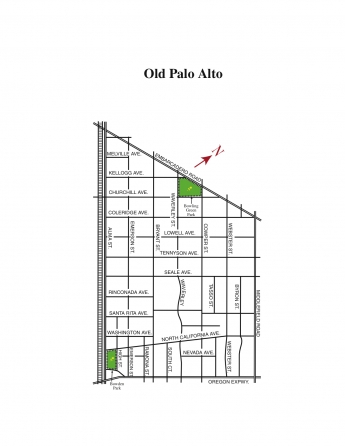 A map of the Old Palo Alto neighborhood of Palo Alto.

We love him very much. grand ma and papa allen.