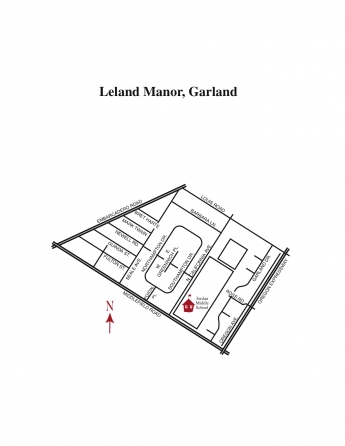 A map of the Leland Manor, Embarcadero Oaks and Garland Drive neighborhoods of Palo Alto.