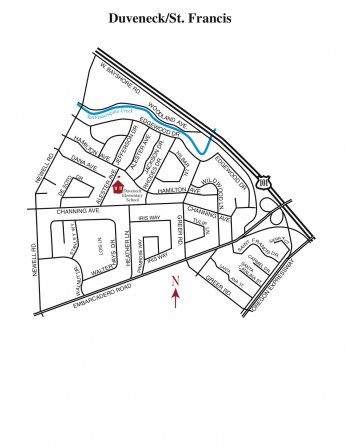 A map of the Duveneck/St. Francis neighborhood of Palo Alto.