Fourth-quarter rally not enough in loss to Irish 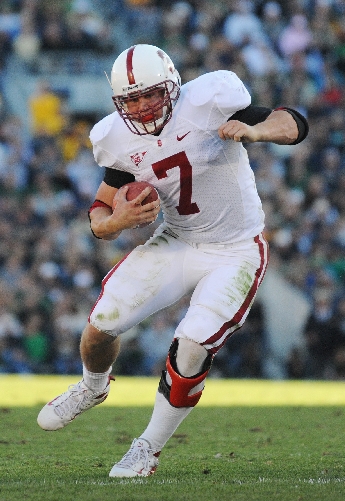 Toby Gerhart, returning from a mild concussion last week, rushed for 104 yards and scored a touchdown during Stanford's 28-21 loss at Notre Dame on Saturday. Photo by Kyle Terada/Stanford Athletics.

Come on! Stanford performed poorly, at best. If they're ever going to really improve, they, we, you need to be honest.

Like this comment
Posted by jerry
a resident of Another Palo Alto neighborhood
on Oct 6, 2008 at 5:17 pm

Interfering with a fair catch that was crucial? The ball hit a Stanford player. Down 3 touchdowns in the 4th quarter was the reason for the loss. Both teams have more work to do - especially Stanford's play selection - should have kept running the ball.