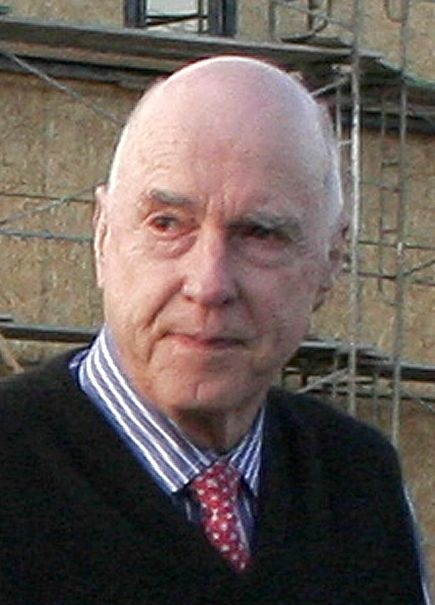 Arrillaga has overseen the renovation of Stanford Stadium and Maples Pavilion and funded the construction of multiple school facilities, including the Arrillaga Family Sports Center, which houses the school's athletics department and coaching offices. In May 2006, he gave the university a $100 million gift.

Arrillaga, a basketball player at Stanford in the 1950s, has been active, as a player and a coach, in the city's Burgess Gym basketball programs for 30 years, and he wants to "give back to the community," City Manager Glen Rojas said.

City Council members and city staff have kept Arrillaga's identity a secret from the public for more than two months, at his request.

Arrillaga has overseen the renovation of Stanford Stadium and Maples Pavilion and funded the construction of multiple school facilities, including the Arrillaga Family Sports Center, which houses the school's athletics department and coaching offices. In May 2006, he gave the university a $100 million gift.

Arrillaga, a basketball player at Stanford in the 1950s, has been active, as a player and a coach, in the city's Burgess Gym basketball programs for 30 years, and he wants to "give back to the community," City Manager Glen Rojas said.

City Council members and city staff have kept Arrillaga's identity a secret from the public for more than two months, at his request.

I think it's TERRIFIC that Mr. Arrillaga is offering to donate $8 million for a new Burgess gym. My three boys all played basketball there in their youth. Over the years Burgess has gotten a lot of use....but it's looking pretty tired these days...a new state-of-the-art facility would be a fantastic asset for the community.

And to think that Mr. Arrillaga preferred to remain annonymous...not even taking credit for his gift. Mr. Arrillaga is first class!

Not a man usually afraid of publicity, I wonder whose construction company will be building the gym?

1. Donate $10 million for a new facility
2. Your company builds said facility for $10 million
3. Get tax deduction for donation while getting the money paid back to you
4. Everyone is happy

Lot of hush-hush stuff at Stanford regarding, as Stanford housing people write in email, "our aggressive contractor friend."

Paul Losch of the Palo Parks and Recreation Commission here.

Another generous gesture by Mr. Arrillaga to this community, and in particular in support of recreation. Thank you, John.

Palo Alto, Menlo Park and the collective communities in our area suffer from a huge deficit of gym space.

Now that the school bond has passed in Palo Alto, I think we need to be asking ourselves questions around what possibilities there might be for private/public partnerships to improve the gyms slated for improvement at the middle schools that might enable the community to use those spaces for indoor recreation when they are not in use for middle school events--much like the middle school playing fields are used.

I think we should applaud Jason Perry, son of Mr. Arrillaga's partner, for his work to get the former Palo Alto Joe's site converted to gym that also could be used by the community when the private school it is associated with does not require it.

I think we should be creatively asking ourselves if there are other locations (probably private land with some exisitng strucutures on it) in Palo Alto that could be put to a greater and better use as a new community gymnasium. And if there are, how as a community we can make such a thing happen. My favorite example of this is the defunct ARCO station property next to Winter Lodge. It may not be feasible to do something there, but we need to be asking questions about such places which could be candidates for a nice gym facility to help our basketball, volleyball, and other indoor athletic groups which all to often today are traveling out of town to practice and compete.

suspicious is one ungrateful dude, and paranoid too

Breaking down the comments made by suspicious:

1. Donate $10 million for a new facility - this is accurate - Arrillaga will donate $8-10 million to build the gym.

2. Your company builds said facility for $10 million - this implies that Arrillaga has his own construction company. This is not accurate - he pays contractors to build his work.

4. Everyone is happy - are they? Lets see - Arrillaga pays $10 million and gets a $4 million tax break - he pays a net $6 million for the Menlo Park gym. Menlo Park gets a gym that they probably would have spent $15 million (because the city construction process can not build as efficiently as the private process - ask any city official and they will confirm). Arrillaga is happy because he is giving back to the community and the city is happy because they just saved $15 million. Sounds like everyone is happy!!!!


The net here is that the city benefits because the gym is being built less expensively for two reasons:

B. The gym is subsidized to the tune of $4 million by the state and feds.

Thank you John for your generosity.

Wow nice..Paul Losch, he gave the money to Menlo Park not Palo Alto. Should tell you something? Maybe.

And you still put Palo Alto first, before Menlo... Just had to get Palo Alto in front.. Claim jumper... Why even mention Palo Alto?

And if he gets a tax break, great he should. Look at what Menlo Gets?

People know, put in it Palo Alto, Watch it get screwed up and then covered up.

Paranoid? With a name like "Suspicious." I wonder why you say that.

Bet a dollar that Vance Brown happens to be the chosen construction company for the project.

Still suspicious, who would you recommend? Didn't they just do the gym at Castilleja? And what other gyms have they done; quite a few. Let us see your recommendation. Stop with the negative vibes, and offer something constructive.

Man, that Arrillaga fellow LOVES him some gyms.

I'm sure he's getting a tax writeoff, but this kind of thing is the point of those writeoffs existing. Menlo gets a free gym, Arrillaga saves himself some scratch, everyone's happy. Except the IRS, who's out a couple million, but really if they cared about that they'd be more worried about the $23 billion (with a "b") unaccounted for in Iraq.

WELL ALL THIS RUCKUS ABOUT TWO OF THE RICHEST COMMUNITIES IN THE BAY AREA MENLO PARK/ATHERTON AND PALO ALTO. WHAT ABOUT EAST PALO ALTO A PLACE THAT IS IN DESPERATE NEED OF SERVICES LIKE THIS. SOMEHOW WE ARE ALWAYS OVERLOOKED BY THE BIG NAME DONORS AND THE MONEY GOES INTO CITIES AND PLACES THAT CAN DO WITHOUT. I REALLY THINK ALL YOU PEOPLE SHOULD SIT BACK AND THINK ABOUT WHATS GOING ON ACROSS THE RAMP FROM YOU. KIDS KILLING KIDS AND THINGS OF THAT NATURE. WE ASK WHY THEY ARE DOING THESE THING? ITS BECAUSE WE DONT HAVE THE RESOURCES OR PEOPLE WHO CARE ENOUGH ABOUT THE POOR TO HELP OUT. THANKS JOHN FOR ALL YOUR SUPPORT TO THE EAST PALO ALTO COMMUNITY.............NOT! LOL

East Palo Alto has a stunning recreational complex that was funded by deep pocket donors. It's a Y, it's open to everyone, and it's conveniently located just off University.

Instead of whining about what you don't have, take advantage of what you do have. The EPA Y is MUCH nicer than any of the Ys I've seen in other peninsula towns, and it's about 1000% nicer than the current facilities at Burgess.

This project didn't go out to bid. When is that OK for publicly funded projects?
(Menlo Park foots 5 million: "for the City’s $5 million share of construction plus plan-check, building permit and inspection fees and utility connection fees." (From the July 21, 2009 Council Meeting Staff Report #: 09-103).

out to bid????, his construction company, his old friends grading company which he probably owns also, sat and watched from the skate park the other day.. a guy off hauled dirt for about a week with a tiny little machine.. seems to me if you are trying to make money that would not be the way unless your getting paid on the backside for the same thing??

I think this thread is hilarious. I agree 100% with "suspicious". Sounds like a good set up. Arrillaga definitely got all his money back, don't think he didn't. And as for being afraid of publicity, he changed the name of the building to Arrillaga! I feel sorry for Mr Burgess, not sure if all the wondrous repairs (which feels like new linoleum and a coat of paint) are worth slicing off the Burgess name.

I also agree with Eric Stuart, why is it that when billionaires donate, they often donate it to other billionaires? If any city could afford it, surely Menlo Park, which has been called one of the 15 most affluent cities in America on CNN, can. Although, if they tried to do it themselves, they'd probably quote the project at 50 million with an estimated completion time of 12 years. (If their recent behavior with schools, particularly hillview middle school, is anything to go by, I say keep the city out of construction at all costs.)