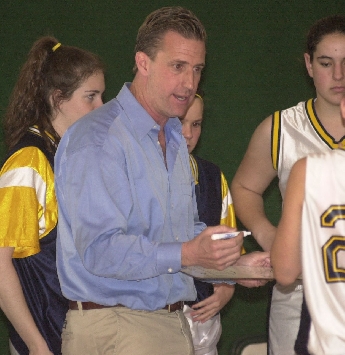 Former Menlo School and Stanford standout athlete John Paye will return to the school next fall to coach the girls' basketball team, which finished last in the PAL South Division this past season. Photo by Keith Peters/Palo Alto Online.