Old-fashioned but not outdated 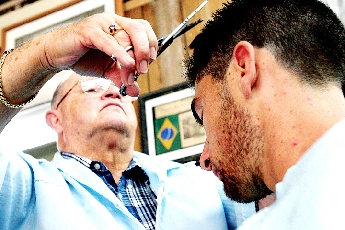 I once saw a movie in the Stanford Theatre. Being a teenager, I LOVED it. I loved the experience, and the entire place was very fascinating.

Portland's Thai food darling Pok Pok will be popping up on the Peninsula this spring
By Elena Kadvany | 2 comments | 3,425 views

Flying: How to lower your impact
By Sherry Listgarten | 16 comments | 2,818 views

Overachieving in High School: Is It Worth It?
By Jessica Zang | 6 comments | 1,356 views