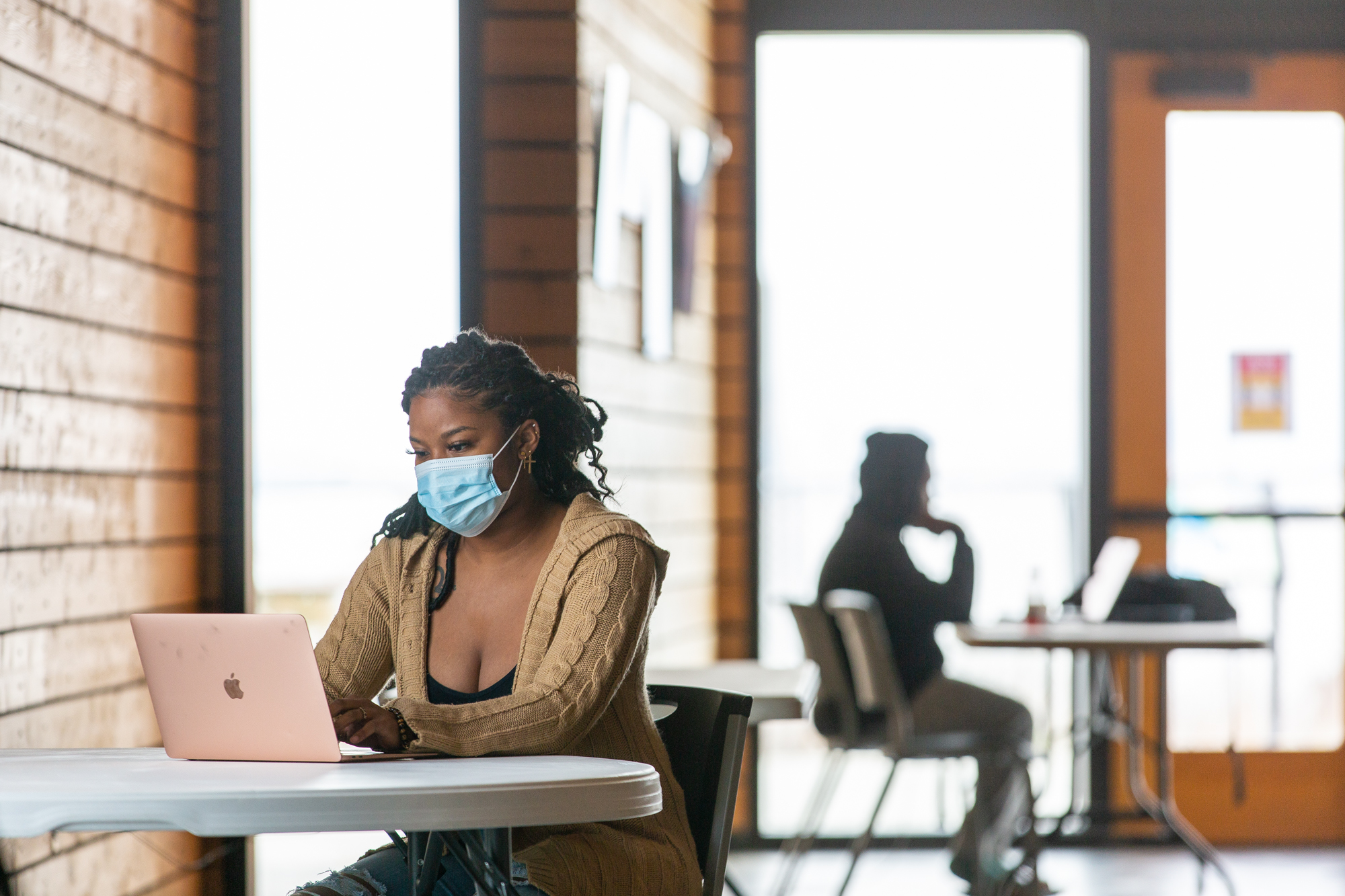 
With Live In Peace, at-risk students are given something they didn't think they had: choice
Nonprofit's Gap-Year Project helps students set and achieve their next life goals

Two years ago, Carmen Thomas had a choice: Did she want to stay on board with Facebook, where she'd been interning to take a full-time job offer as a recruiting coordinator, or did she want to go to college?

Thomas was then only a recent high school graduate, barely 19, who'd already interned at one of the most valuable companies in the world through Year Up, a nonprofit accelerated job training program. It's a conundrum not many recent high school graduates face — certainly not one Thomas imagined she'd have when she was in 10th grade, missing classes and watching her grades in free fall.

That is, until she joined East Palo Alto's youth nonprofit Live In Peace and later participated in one of their newer programs called the Gap-Year Project.

"I didn't really care about school like that," Thomas said. "Then I started coming to Live In Peace and they helped me graduate."

The Gap-Year Project is not necessarily a job or college pipeline. On Live In Peace's website, it's intentionally first described in vague terms: "a two-year program for students to move forward together." That's because "forward" can mean a lot of things for the people who join the program, whether it's outlining a career plan, applying for college, getting a driver's license, or opening up their first bank account.

Most of the students turning to the Gap-Year Project are those like Thomas, who at one point were at-risk of not getting a high school diploma and, having stuck it out, need to decide what to do next.

"Oftentimes, they've put all of their effort into just graduating high school," Laura Gross, development manager at Live In Peace, said. "So when they graduate, they're not sure what their next steps are, whether that's college, community college, trade school, etc."

Melvishia Gaines, program coordinator and co-founder of the Gap-Year Project, who's mentored Thomas for several years, described it as a way to remind struggling or underserved students that they too have the luxury of choice.

"Carmen's aspirations now are very different," Gaines said. "She can imagine what she can be instead of just thinking, 'Oh, I need a job here NOW to take care of something.' She can figure out what it is she's passionate about."

The Gap-Year Project is the two-year-old brainchild of Gaines and Heather Starnes-Logwood, Live In Peace's executive director. Starnes-Logwood always envisioned a program to help students create and stick to a path in community college. For Gaines, she wanted something more broadly focused on life skills.

"I'm thinking about, how do they survive, period," she said.

Growing up in East Palo Alto and working in various educational settings in her city, Gaines is familiar with how quickly some people quit school due to the lack of basic resources.

"I know so many students who drop out just because they don't have internet (access)," she said.

Thus, the holistic approach of the Gap-Year Project was born. While they formulate their future plans during the two-year program, participating students are offered financial and career mentors, free tutoring services, a quiet space with internet connection, and even help applying for health insurance or a driver's license test. (Last Friday, Gaines just chaperoned a couple students to the DMV.)

Some like Thomas can also choose to participate in the Year Up program, during which time the Gap-Year Project provides weekly stipends. This year, Palo Alto Weekly's annual Holiday Fund granted $5,000 to Live In Peace to help support students in the program.

Others can even get below-market rate housing under the condition they keep up their grades or remain on track with their goals. Because of Live in Peace's housing program, through which the nonprofit subsidizes a tenant's rent, Thomas was able to move out of her mom's often chaotic house of seven children into a one-bedroom apartment for herself, paying just $1,200 for rent.

In addition to receiving those resources, the 20 to 25 students in each cohort of the program quickly start to look at Live In Peace as a second or only family to which they can turn.

"We're able to become the family and help provide as we partner with the student's parents or as we become the parents to help them begin to 'adult,'" Gaines said.

If the country weren't still grappling with a pandemic, Gap-Year Project students would meet every week, in-person, in larger group sessions to hang out and give life updates.

"When we have meetings, we just talk about what's going on: How are you feeling? How's family life? What's stressing you out?" Gaines said.

For Thomas, it wasn't long before she started to address Gaines as "auntie" and Eugene Jackson, a community liaison for Live In Peace, as "pops."

These days, larger meetings are held less frequently and over Zoom. But students still have access to one of five in-person facilities, like the Cooley Landing Education Center, called "pods." Students are assigned to one pod in order to avoid mixing of too many households and have access to internet hotspots and a quiet space to work.

Gaines feels fortunate to see that her budget for the project hasn't shrunk so far during the pandemic. But the project could always use more funding to expand its resources, Gaines said. With more funding, she would love to see Live In Peace expand its student housing programs and get a bigger budget to invest in guest speakers, who provide lessons on things like financial literacy.

"It's hard to be the life coach and the person who's doing the checks and balances for your budget," she said.

Nowadays, Thomas visits Cooley Landing to get outside her apartment, see Gaines and do her work. Last Friday afternoon, she was getting a head start on her Federal Student Aid application, an annual ritual all rising-college and college students go through with resigned sighs.

At Facebook, Gaines could have landed a position that offered a higher pay stub than any of her previous jobs at Taco Bell and other stores in the Ravenswood Shopping Center, which she started working at when she was 16. ("I've worked in every single one of those stores there, let me tell you," she laughs.)

But at her age, now 21, Thomas decided there was still a lot more she wanted to learn and enrolled at Foothill College last year. She's currently studying kinesiology and on track to transfer next year to San Jose State University.

After that, she's not entirely sure what she'll do next. Maybe she'll become a personal trainer or a physical therapist.

That's still a choice she gets to decide.

As of January 28th, 384 donors have contributed $742,923 to the Holiday Fund.
* indicates amount withheld at donor's request