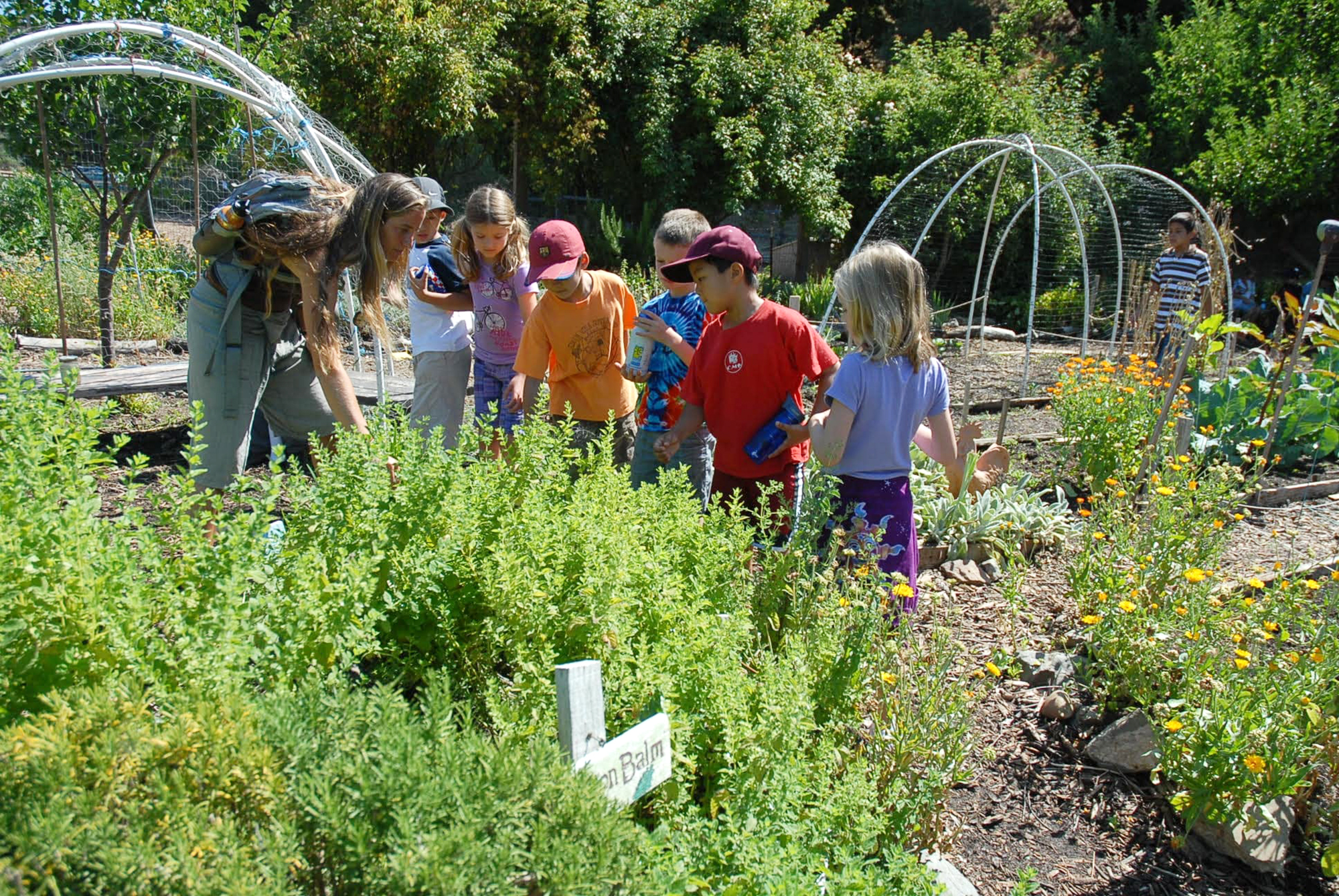 
With camps shut down, Hidden Villa sends seeds, leaves and lessons to area youth
Seeds of Summer program offers campers a taste of the outdoors

For more than half a century, Hidden Villa has provided its young campers with a unique blend of pastoral beauty and social justice activism.

They come for the baby goats; they stay for the LGBTQ+ curriculum.

And some, like Kate Prince, return year after year after year. In a recent interview over Zoom, the 13-year-old recalled the highlight of the traditional Hidden Villa experience: the animals. She recalled the sheep ("really, really fluffy") and the goats that occasionally nibbled on campers' fingers ("But they're so sweet!" she quickly added.) and the cows that were milked by Hidden Villa staff.

"It was really nice to unplug and refreshing to be in the natural environment," Prince said.

The lessons, she said, were equally valuable. They revolve around Hidden Villa's five pillars: race and class; the Duveneck legacy; farm and food; environmental stewardship; and LGBTQ+ rights and activism, according to Brenda Jones, camp director. In a normal year, a key part of the camp experience is "reflections," a daily period in which staff and campers discuss one of these pillars and participate in an activity that relates to it.

Hidden Villa tried to stay true to its core mission during this highly abnormal year. Handcuffed by COVID-19, which made gatherings at camp both unsafe and illegal, and cognizant of the screen fatigue that comes with distance learning, the nonprofit launched a program called "Seeds of Summer." Instead of campers coming to Hidden Villa in 2020, Hidden Villa came to them.

Students participating in "Seeds of Summer" received boxes filled with 14 envelopes, one for each day for two weeks. The boxes also included journals, a variety of craft supplies and bits of nature collected from the farm.

Much like the traditional camps, Seeds of Summer tried to blend recreation and education. The lesson on LGBTQ+ taught students about pronouns and required them to create Shrinky Dinks incorporating images that they identify with. An exercise on giving and appreciating others included a mix of herbs pulled from the Hidden Villa garden, Jones said. Recipients were encouraged to mix these herbs, put them in a sachet, decorate it and give it as a gift to someone.

"We were really trying to focus on making sure the stuff we're sending was stuff that can really connect them to the farm," Jones said. "Sending little twigs from Hidden Villa felt really special."

Hidden Villa sent out boxes to 40 participants in its Summer Seeds program, said Nicky Crummett, senior director of programs. It sent out an additional 95 boxes to its three long-time nonprofit partners that work with families in need: West Valley Community Services, which is based in Cupertino; Seven Tepees Youth Program, based in San Francisco; and the St. Francis Center, which is based in Redwood City and works with youths and families in the Midpeninsula region.

The program was supported by a $5,000 grant from the Palo Alto Weekly's Holiday Fund. In prior years, the grant has helped Hidden Villa provide financial assistance to young campers, a key part of the nonprofit's mission of inclusiveness. This year, the Holiday Fund grant helped the organization supply Seeds of Summer boxes to its partners.

The program offered participants something a little different from the typical online offering, said Jessica DuVal, Hidden Villa's director of communication. Some organizations and campers were wary of participating in yet another virtual activity that requires screen time.

"They were really excited to have a different kind of activity because, all of a sudden, they are doing so much more than they're used to, with school being out," DuVal said. "So they were really excited also to have something that wasn't behind the screen and was a hands-on experience and a fun, different activity for participants to experience."

Prince, who has participated in Hidden Villa's summer camp programs for the past four years, concurred. The summer program did not in any way replace the actual experience of attending in-person Hidden Villa camps, with their cherished traditions, forged friendships, fun games like "rainbow tag" (to win, you have to find and chase various people at the camp and have each of them swipe you with their colored marker) and, of course, fluffy animals. They did, however, provide a welcome and valuable respite this summer.

Prince opened her daily envelopes, planted the seeds that Hidden Villa had sent to her, wrote in the journal and participated in the exercises. For the LGBTQ+ lesson, which focused on pronouns, she used her Shrink a Dink kit to create a heart, a star and a circle and turned them into a necklace.

"It was really nice for it to not be online. But I was kind of feeling like I need some person there to motivate myself," Prince said, noting that it took her about three weeks to complete all the exercises.

Hidden Villa did provide some online opportunities for campers to check-in with counselors and with one another. Now, the organization is looking ahead to the summer of 2021, when it hopes to welcome campers back to its 1,600-acre classroom in Los Altos Hills. In August, it hosted a focus group with past participants to get their feedback on the future Hidden Villa experience. Crummett said the organization is also now in the process of putting together a group of experts, including leaders in the camp industry and pediatricians, to come up with plans for safe in-person operations.

Unlike in March, when the sudden onset of the COVID-19 pandemic combined with shifting health orders forced all businesses and nonprofit groups to scramble, Hidden Villa now has the luxury of having a bit more time to make an informed decision. Even in person, Crummett said, things will look very different in 2021 from a normal year, with limited programming, smaller groups, ample personal protective equipment and new safety protocols.

Amadeo Domikos, 10, hopes Hidden Villa can safely bring back in-person camping. Domikos, a student at Encinal Elementary School in Atherton who participated in the August focus group session, said Hidden Villa has taught her important lessons about taking responsibility and always being kind to others. She has made friends at the camp with whom she has continued to keep in touch during the era of social isolation. But her favorite part of the experience — and one she hopes to return to next year — is petting and feeding the chickens, goats and sheep on the Hidden Villa farm.

"If it does get better, I do think we should meet in person and try to be as safe as possible," Domikos said. "A big part of Hidden Villa for me is being able to go and see the animals and pet them."