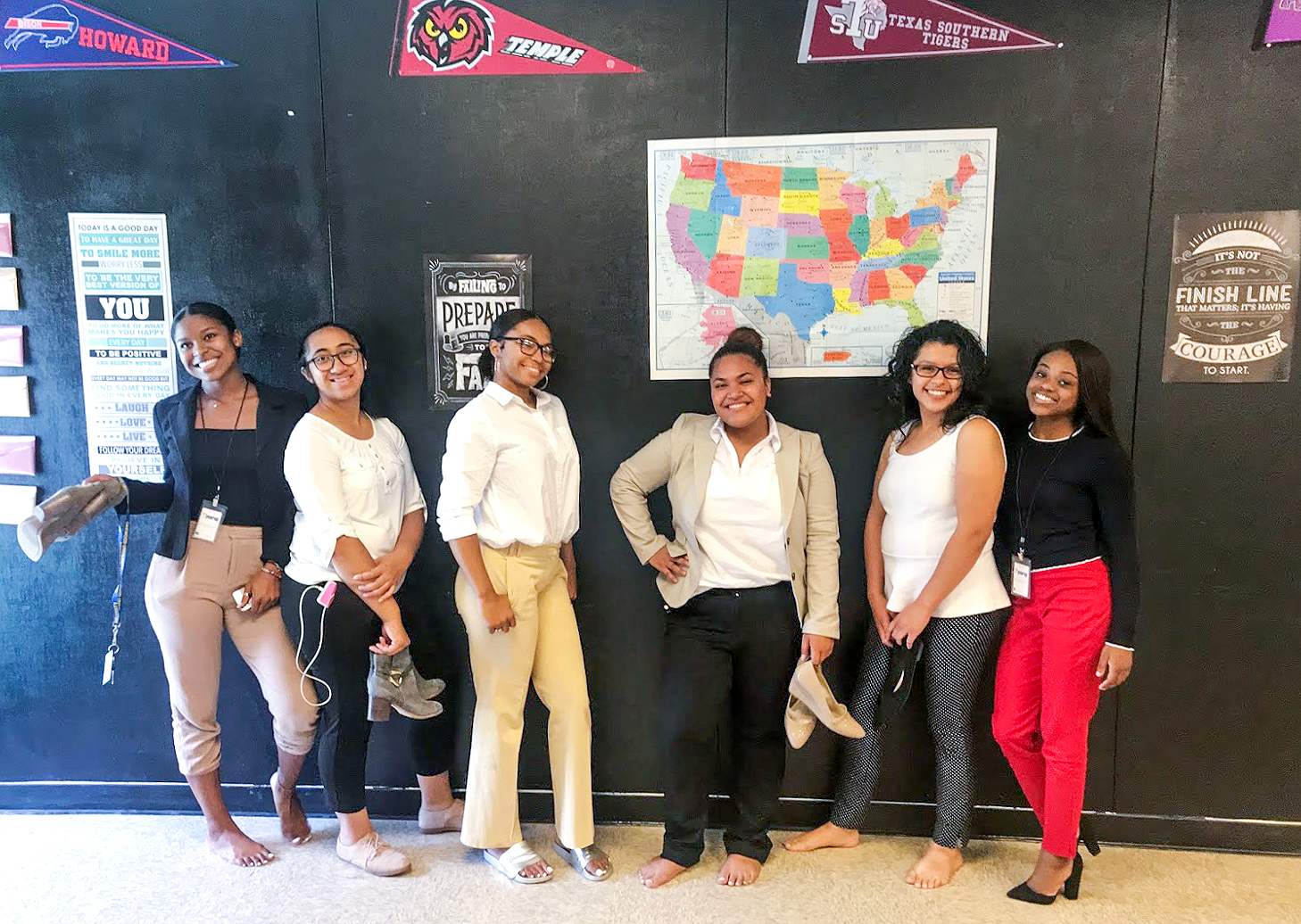 Ten years ago, Adriana Barajas was not on anyone's list of "most likely to succeed." Then 14 years old, she was hanging around with gang members and bouncing from school to school.


"I come from a home of gangs and violence and drugs," said Barajas, a soft-spoken, petite woman with glasses, a keen intelligence and a solidity beyond her years.

"I got kicked out of every school I was in. I was in a probation-center school. I was not going to graduate."

But a hug changed her life.

Heather Starnes-Logwood, executive director of Live in Peace, an East Palo Alto nonprofit working to keep students in school, delivered the reassuring gesture when she first met Barajas at school.

"I see something in you," Starnes-Logwood said.

Barajas did graduate — barely, she said — from high school in 2012, with the help of Live in Peace. The organization has aided more than 123 East Palo Alto and Belle Haven neighborhood students at risk of dropping out to graduate high school through a collaboration with the Sequoia Union High School District, Starnes-Logwood said.

Live in Peace was selected by San Mateo County in 2015 to design a three-year program to engage 80 district students who were at the greatest risk of dropping out. The Students Who Achieve Greatness (SWAG) program identifies the most challenged students and uses "out of the box" methods, including independent study and life coaching, to help them graduate. The students work daily with tutors, case managers and others.

But even with the help they receive to graduate high school, many students feel lost after graduation. Some, like Barajas, have responsibilities heaped on them. At 17, she was pregnant. Her baby's father left her, and she was caring for her mother. Those first years of her baby's life were "very, very difficult," she recalled.

She became a manager at a Dollar Store, working long hours. The money was OK, but she wanted a career. She wanted to give her son a sense of what is possible — to set a good example for him, she recalled.

"So I decided to take this risk and hope for the best," she said.

Enter the Gap Year program, Live in Peace's "next step" for students after high school. The 12-month program, which begins in August of each year and currently has 20 students ages 18 to 24, received a $5,000 Palo Alto Weekly Holiday Fund grant last year. Students receive life coaching and skill-building lessons to help them enter and graduate from college or a trade school. They learn about financial literacy, investing and career exploration, gain computer and life skills, and discuss the topics ranging from the effects of trauma to birth control to how to date and marry well. The students go on retreats to help shape their vision for their future.

In addition, they have access to weekly counseling, reading coaches, academic tutors, attorneys and mentors in their field of interest, Starnes-Logwood said. Students are required to find at least part-time employment and must enroll in a training program or accredited coursework. Each student who successfully completes the program receives a $5,000 scholarship toward trade school or junior college along with continued coaching and support.

Gap Year helped Barajas, now 24, to gain the skills and confidence to enroll in the national Year Up mentoring program at Facebook. While participating in the Gap Year program, she's receiving through Year Up five months of instruction in business, career development and information technology on the Facebook campus, which will be followed by a six-month internship.

She will work at the IT help desk for her internship, starting in February. When she finishes at the end of June, Facebook might offer her a job. If it doesn't, Year Up will help place her at another company, she said.

Once listed in Starnes-Logwood's cell phone address book as "Adriana Mad," her moniker has now changed to "Adriana Glad" in the space of a few months.

"I never thought tech would be one of my passions," Barajas said. And she is learning and enjoying "the challenge of all of the hard things" she added.

"I'm a completely different person. A lot of it has to do with the support from Live in Peace and the Gap Year program. They are like the family I've always wanted," she said. "You become the person by the people and things you surround yourself with. I'm surrounding myself with a vision and goals to achieve. Before, when I was just around the negative, I felt stuck. All I needed was a new environment and I'm happy with that."

At a house on Beech Street in East Palo Alto recently, Gap Year students got a lesson in time management from Tom Tryggstad, area director of Young Life EPA/EMP, a nonprofit ministry that attends to youths' spiritual needs and helps students in multicultural communities to succeed.

Armed with worksheets, the students watched part of a TED talk by author Manoush Zomorodi on the television. Zomorodi discussed how overuse of social media and cell phones has caused people to lose the ability to "space out" and have the kind of creative dreaming that can lead to big ideas.

Tryggstad instructed the students to access a setting on their phones to track their daily use. Much to their surprise, many found it was up to nine hours a day.

The students came up with ways to reduce their phone use: charging the phone only 50 percent so that every percentage would be valued for important communication; leaving the phone at home during work hours; using the "do not disturb" mode.

Starnes-Logwood said such lessons help reshape thinking and build skills that are critical to success in college and in life. According to a study by the Pell Institute for the Study of Opportunity in Higher Education, only 11 percent of all low-income students enrolled in college reach graduation. But a 2014 Pell study found that college graduates earn a median income that's 1.6 times that of a high school graduate, which is critical if students want to continue living in the Bay Area.

Angela Langi, a poised young woman who studied at the Menlo-Atherton High School Computer Academy, is a classmate of Barajas. She said the Gap Year program has provided her a great support system.

"It helped me show my most professional side. I'm training for project management," she said. "I want to be a project coordinator in recruiting to hire people of color at Facebook or from East Palo Alto and to give back to my community."

Gap Year classmate Julian Escalante, who is beginning a project-management internship at Facebook, said he didn't do well in high school.

"Before, I didn't think I had much of a future," he said.

Starnes-Logwood said the Gap Year program has a waiting list of about 50 students, and it needs more funding to expand.

Barajas reflected on the impact of Live in Peace and its programs: "I can't ever stress enough what they mean to me," she said.

As of February 8th, 385 donors have contributed $743,923 to the Holiday Fund.
* indicates amount withheld at donor's request