Delivery services launch constantly in Silicon Valley, and most of them advertise increasingly rapid drop-offs and exclusive products from the country’s most popular chefs.

Few companies are founded by a recovering “wealth addict” profiled in the New York Times and say they are making fresh, nutritious food accessible to everyone. 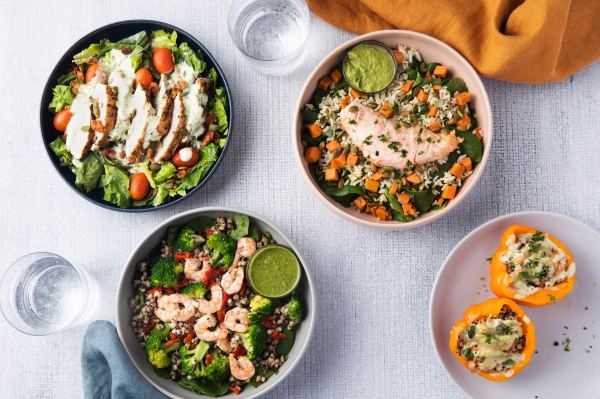 Everytable recently expanded its delivery services across the Peninsula, and the company’s main selling point is nutritious food at low prices. Entrees feature lean proteins and vegetables alongside grains like pasta and rice, and wraps, salads and snack boxes are also available. The menu draws influences from different cuisines and currently includes both an “Egg Roll in a Bowl” and carnitas tacos.

CEO Sam Polk, a former hedge fund trader, started Everytable after leading a Los Angeles-based nonprofit that addressed food insecurity by distributing free groceries and providing nutrition education. He quickly learned that busy families relied on fast food because they lacked other affordable and convenient options and started envisioning a company that might offer nutritious meals in South L.A. and other landscapes dominated by fast food.

The New York Times labeled Everytable “The Amazon of Quinoa Bowls,” as Polk aims to keep prices low through production on a massive scale and integrating his business’ supply chain. The company launched in Los Angeles and has now expanded into Northern California and New York. It looks to bring its retail stores, which are already open in Los Angeles, to the Bay Area in the future.

The company’s focus on equity has led to some unexpected practices, including a pricing model that varies according to neighborhoods’ median incomes. For example, the “Southwest Chipotle Chicken Bowl” was listed at $8.75 before fees in our Palo Alto office’s area code. The same dish cost $7.50 in 95122, a zip code located in East San Jose.

The Everytable University program recruits franchisees from marginalized communities and secures loans for its graduates that cover the costs of owning a franchise. The Pay it Forward initiative allows customers to purchase meals that are donated to others.

Whether or not Everytable succeeds remains to be seen — it’s hoping that partnerships with restaurants like Compton’s Trap Kitchen, which developed a curry chicken bowl for the service, will produce food that satisfies various palates (a spokesperson says that Bay Area partnerships are coming soon.) Despite the company’s focus on food justice, salaries for some posted jobs are near minimum wage, like a San Jose delivery driver position offering $18/hour, though it promises full insurance (Everytable has not yet responded to a request for comment on employee wages.) Everytable will also need to continue scaling to make its offerings affordable for the area’s lowest-income residents.

Peninsula residents can now order from Everytable through its website.