Real Good Greens is half CSA, half farmers market and all local

Helene Zahoudanis has always dreamed of owning a farm. In her current venture, though she may not be working the land, she does help bring in a bountiful harvest every week. Through Real Good Greens, the farm box delivery service she co-founded, she ensures that the produce from about two dozen small Bay Area farms finds its way to local consumers' tables.

"When we started, I really wasn't intending to be a business, it was just kind of a response to the times," said Zahoudanis, a 2009 Palo Alto High School grad who founded Real Good Greens with her husband, Matt Petersen, at the start of the pandemic last year. 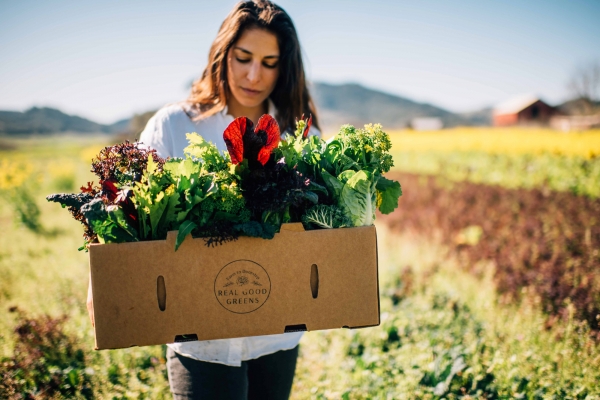 They were aiming to help address a major disconnect in the food supply that quickly surfaced after stay-at-home orders went into effect. As consumers were encountering empty grocery store shelves, small farms were facing the opposite problem: plenty of crops but no customers to buy them, since many restaurants — their primary buyers — had to close temporarily. So, not long after the lockdown began, Zahoudanis and Petersen launched a service to help connect consumers with small farms looking to sell the organic produce that, pre-pandemic, would have been purchased by restaurants.

"Their supply chain was totally rocked and practically overnight they were left with freshly harvested food that they needed to sell really quickly. Our community was now stuck at home and looking for a better way to buy groceries, and our local farmers had an abundance of food, so we just wanted to help bridge that gap and facilitate that connection," Zahoudanis said.

In the early days, they helped spread the word about Real Good Greens over the neighborhood social networking app Nextdoor, and it took off from there.

Zahoudanis and Petersen may not have necessarily started off with the aim of launching a company, but their efforts have grown over the past year into a bona fide business. Real Good Greens now delivers produce and artisan goods to homes in Marin County, San Francisco, some parts of the East Bay and Peninsula cities as far south as Los Altos Hills.

Despite Real Good Greens' current array of offerings, the business' name hearkens back to its first days. Greens were the primary crop of one of the first farms that Zahoudanis worked with, County Line Harvest in Petaluma, which grows many specialty varieties of greens for local chefs. On top of that, Zahoudanis identifies herself as a "veggie freak, a salad nut," and the name celebrates her love of fresh greens. 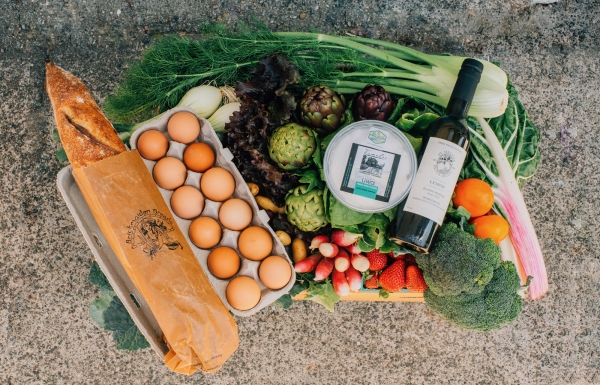 "That's the heart of it, finding amazing, quality stuff that tastes like you grew it and it's harvested that morning and getting that to people the same day — that was just the spirit of the idea," she said.

Zahoudanis studied English and marketing in college — she has a bachelor's degree in English and communications from Bucknell University in Pennsylvania — but her family has roots in both food and agriculture. Her father grew up on a farm in Greece and her aunt is chef and writer Donia Bijan, who ran well-loved downtown Palo Alto restaurant L'amie Donia for a decade.

"I grew up going to that restaurant and she was an advocate in the '90s for farm-to-table, so I witnessed farms coming and dropping off beautiful fresh produce. It was just ingrained in my DNA at a really young age," Zahoudanis said.

She noted that Petersen, as well, grew up in a farming family in Iowa.

The couple lives in the North Bay and Real Good Greens is based in Mill Valley, where they have a facility to assemble orders. Zahoudanis said that the business works with about 25 farms, mostly based in the North Bay, but also a few in Half Moon Bay and Yolo County. 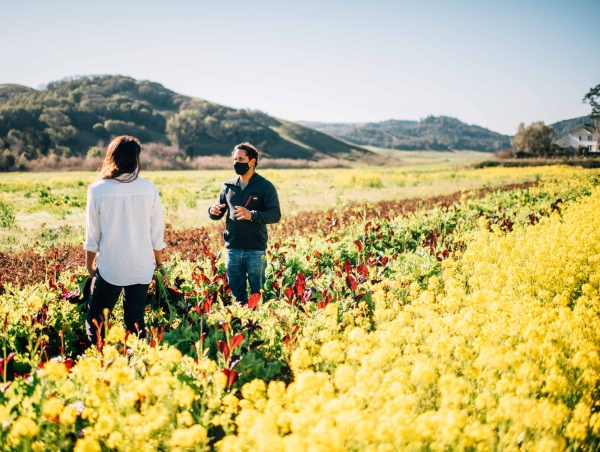 Farm boxes are the centerpiece of Real Good Greens, but the business differs from a traditional Community Supported Agriculture (CSA) farm box model in which customers typically subscribe for regular deliveries, purchasing a share of the crops from a farm or group of farms. Zahoudanis, who said she's regularly been a member of various CSAs, recalled that as a customer, she found that model could be hard to plan around, and wanted to offer more flexibility.

Customers can choose to place orders each week through the Real Good Greens website, by Tuesday at midnight, with all orders delivered on Thursdays and Fridays.

"Our base product is the seasonal farm box. That's the way we can support as many farms as we can by having this kind of surprise box of what is freshly harvested and peak season," Zahoudanis said.

The Seasonal Organic Farm Box is a curated box of fresh produce that offers 10 to 13 items for $45 or a smaller version with five to seven items for $35. The selection rotates every week, with items based on what's in season.

In addition to its two curated boxes, Real Good Greens sells a variety of fresh produce. Among the items currently available on the website are a half-flat of strawberries, an assortment of stone fruit, a pound of sugar snap peas — and of course, bunches of greens. Shoppers can also pick up artisan goods such as bread, eggs, cheese, olive oil and honey. Those who are buying a box can add these goods and extra produce to their orders, but customers don't actually need to buy a farm box to be able to purchase individual produce and groceries. Even so, Zahoudanis estimates that around 90% of customers buy a farm box and then add on extra goods. 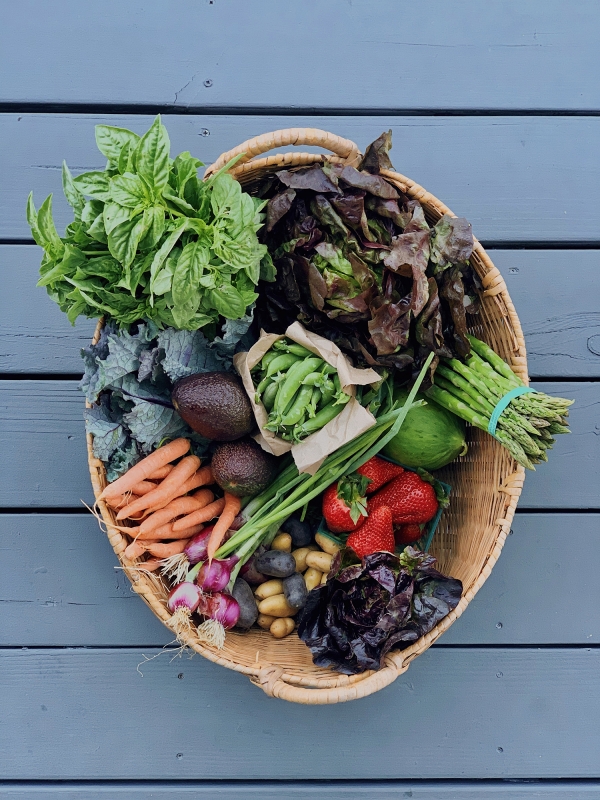 Real Good Greens may have been founded in a unique moment when long-established supply systems were disrupted, but Zahoudanis doesn't foresee a complete return to how things were pre-pandemic. Even with restaurants now reopening more widely to customers, the pandemic has brought changes in how consumers shop for food and in how farms operate.

"Where a lot of farms used to sell exclusively to restaurants, they've realized the importance of selling direct to consumer and having multiple sales channels. Now that the restaurants are opening, we've established that steady relationship and even in times of downturn and uncertainty we've been a really steady customer," she said.

In fact, the business is ready to expand a bit more. Zahoudanis said that she and Petersen have been looking for a warehouse to expand Real Good Greens' volume and provide the space to increase offerings to include local meat and fish. And perhaps someday, Zahoudanis said, she hopes that the business might have its own storefront.

It's a big difference from Real Good Greens' beginnings just a year ago as an idea to step in and help fill a vacuum created by the pandemic that wasn't necessarily planned to be a business.

"We were kind of playing it week by week and seeing how it went, and I think after a couple months, we realized that we had a very loyal following, and we were building something really good," Zahoudanis said.