Inspired by the many slice shops of New York City, the owners of State of Mind Public House and Pizzeria in Los Altos are opening their own take in Palo Alto.

State of Mind Slice House will open later this year at 3850 El Camino Real, where Fowl Play Roadside Chicken closed in December. The location is meaningful for co-owners and brothers Lars and Andrew Smith, who grew up in the surrounding Barron Park neighborhood. 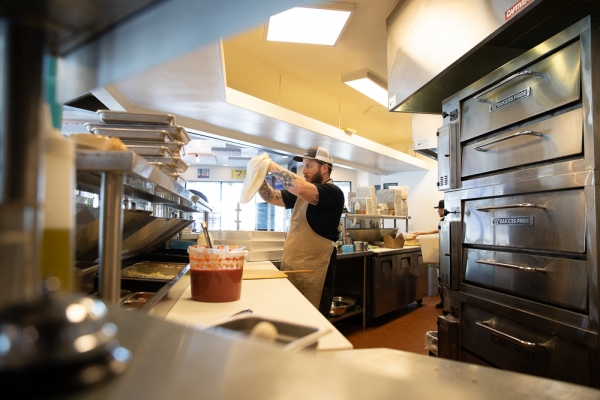 The Smiths and co-owner Amy Betz opened State of Mind in 2018 with slow-proofed pizza, 90's arcade machines and California beer on tap. They always planned have more than one location, Lars said, and started looking more seriously in the last six months. They were particularly inspired after a trip to New York City last fall to recreate the city's "slice shop culture."

"The new place will be our Californian version of the classic slice shop," Lars said. "We will definitely still be using organic California flour and sauce, featuring local ingredients, and making everything from scratch."

There will be round and square pizzas will be available by the slice and whole, grab-and-go salads and hopefully, beer and wine. The owners will import some State of Mind dishes and introduce some new ones as well. 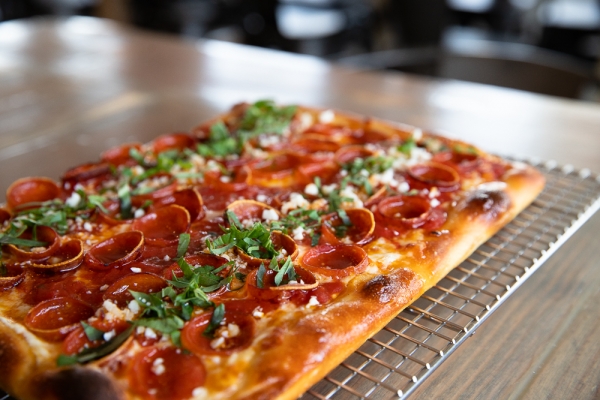 Lars, State of Mind’s chef, is a frequent presence on the competitive pizza circuit. The restaurant's "What the Duck" pizza, with duck, pickled cherries and foie gras, won best non-traditional pizza at the International Pizza Challenge in Las Vegas in 2017. Most recently, he won the grand prize at the 2019 West Coast U.S. Pizza Cup in December, which means he'll compete for the second time at the World Pizza Championships in Parma, Italy, this spring. His winning pie, inspired by his last trip to Parma, featured a 72-hour fermented dough made with organic California wheat, topped with fresh mozzarella, pork cheek braised in Lambrusco, seared mushrooms, a Lambrusco pan sauce, arugula, Parmesan and shaved burgundy black truffles.

The owners hope to be open in Palo Alto later this year after a remodel of the El Camino Real building.