Anne Le Ziblatt, formerly of Tamarine and Bong Su, is back with a Vietnamese noodle bar in Redwood City

When Anne Le Ziblatt opened Tamarine in Palo Alto and Bong Su in San Francisco in the early 2000s, she wanted to challenge the misperception that Vietnamese cuisine only came in the form of street food.

Now, more than a decade later, she's opening a new Vietnamese restaurant to address another issue she sees in the industry: the rising cost of mid-level dining in the Bay Area, both for restaurateurs and customers. She's bothered by the fact that even at casual restaurants, a full meal with appetizers, entrée and wine or drinks can easily run over $150. And while fast-casual restaurants are more affordable and have surged in response to how expensive it is to operate a restaurant in the Bay Area, "my problem with those is they strip it down so much that in effect they strip away why I go out to eat, which is the experience of dining out," she said. "I'm looking to solve that problem."

Le Ziblatt is opening Nam Vietnamese Brasserie at 917 Main St. in Redwood City, the former Striped Pig space. It's her first restaurant since Bong Su, which closed in 2009. 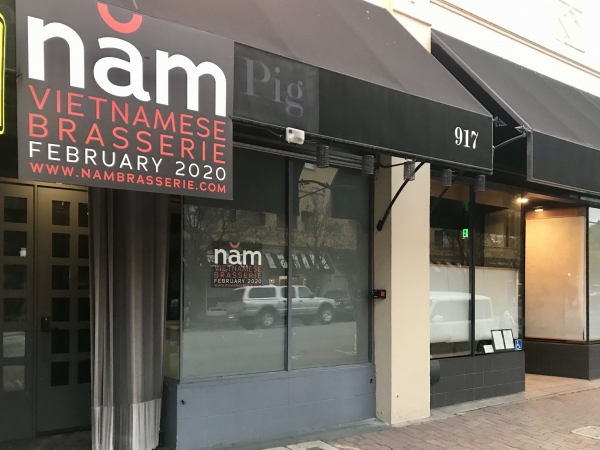 Le Ziblatt comes from a restaurant family. The family came to the Bay Area in 1977 as part of the wave of Vietnamese refugees who fled the country after the Vietnam War. Her parents opened the venerable Vung Tau in San Jose in 1985 (named for the city in southern Vietnam where she was born), and subsequent locations in Milpitas and Newark. She opened the contemporary, upscale Tamarine with her aunt Tammy Huynh on University Avenue in 2002. Huynh and her sister, Tanya Hartley, also recently expanded with Tam Tam restaurant in Palo Alto and are opening a fast-casual Vietnamese restaurant in Mountain View this year.

Nam Brasserie will be a "hybrid" restaurant where customers order at a counter but will be waited on at tables, Le Ziblatt said. With affordability in mind, a dinner for two people with wine will cost about $50.

Nam, which means south in Vietnamese, will serve dishes from different regions of the country made from "the perspective of a Southern palate," she said. Dishes are Le Ziblatt's modified versions of her mother's recipes.

Nam will serve several noodle soups, including chicken pho, crab udon and hu tieu nam vang, a clear soup that's made from a rich chicken and pork bone broth and served with cubes of pork lardon, shrimp, rice noodles, fresh garlic chives, caramelized shallots and Chinese celery. The soup originated in Cambodia and has Chinese influences, Le Ziblatt said, and is hard to find in the Bay Area, save in San Jose's massive Vietnamese food scene. 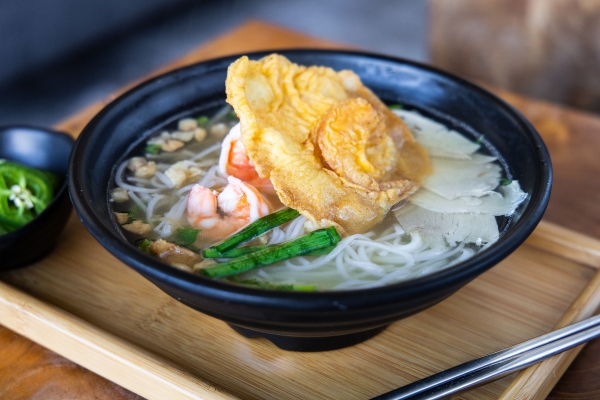 "It's a soup that is not as well known as it should be," Le Ziblatt said. "There's more than just pho in Vietnamese noodle soups."

Nam's soups will be available in both small and large sizes and cost between $13 and $16. There will also be side dishes, such as grilled five-spice chicken, spring rolls, chili-lemongrass tofu and dumplings, available in portions of two. Diners can order either two of a single dish, or one each of two different dishes. All are served with the diner's choice of rice, vermicelli noodles or Asian mixed greens.

For dessert, there will be fudgsicles and ice cream sandwiches.

Designer Anastasia Contakos, who worked with Le Ziblatt on Tamarine, is designing the space "to provide an atmosphere where you want to linger," rather than get customers in and out as quickly as possible, Le Ziblatt said. The 30-seat dining room will be modern with Vietnamese accents, such as fishing baskets that refer to the coastal seafood village of Vung Tau, and a large mural. Communal tables will be equipped with charging ports.

Nam will serve beer and wine on tap, including bia hoi, a Vietnamese beer that's brewed and served in the same day without any carbonation. Le Ziblatt, a level one sommelier who owns a vineyard in Sonoma with her husband, said the wine list will focus on California and New Zealand wines.

In a nod to Spain's caña, a small glass of beer, Nam Brasserie will offer beers in 5 ounce and 10 ounce pours and wine in 5 ounces and carafes. (Le Ziblatt lived in Spain after selling her interest in Tamarine several years ago.)

Le Ziblatt said she considered opening Nam Brasserie in San Francisco, where she lives, but was impressed by the level of development happening in downtown Redwood City. The Chan Zuckerberg Initiative and large tech companies have put roots down there, she noted, and new offices and apartment buildings are shooting up throughout downtown. She said the city is supportive of small businesses and provided a development manager who held her hand throughout the permitting process, a notoriously difficult and often frustrating process that delays restaurant openings up and down the Peninsula.