In 2014, we set off on adventure, took a wrong turn, and stumbled across Tanned and Tatted in Trespass Picnic on Martin’s Beach.

In 2016, we learned about Martin himself, his living relatives, and the history of the land, in Picnic Pleasures.

And this week, word out is homeboy CA State Senator Jerry Hill is keeping the good fight alive by passing Senate Bill 42 through the Senate Appropriations Committee, seeking funds to seize the road leading up to the beach.

“the State Lands Commission (SLC) is now in the process of deciding whether to use its authority of controversial eminent domain for the first time in its nearly 78-year history. [SB 42 would allocate $360,000 from the state’s budget, up to $1 million from the SLC, and allow the public or other government agencies to donate toward securing a 6.4-acre easement along an existing road and spanning the beach.”

The property closed to the public in 2010 after Vinod Khosla (co-founder of Sun Microsystems, AKA Darth Vader, yet attorney-described man of principle) bought it, put up a gate, and proclaimed “neh neh neh neh neh....nobody else can play here,” challenging a 1972 California Coastal Zone Conservation Initiative making coastal lands public property. But go ahead - hop over the gate and tell em' I sent you. All the locals do; Sensai surfer sez authorities refuse to ticket. I say Power to the People. I wonder if Khosla is still paying $12,500 a day to San Mateo County in fines because he refuses to open the road?

and the State Lands Commission to say, "Reopen the road - the beach belongs to us all."

Go on a picnic soon. 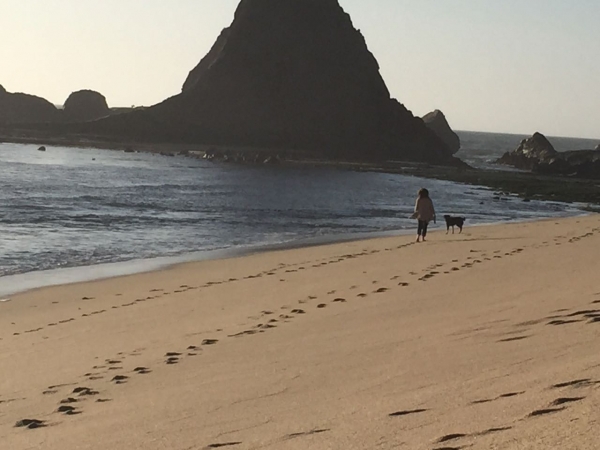