Time again to celebrate how lucky we are to live on such a beautiful planet.

Sometimes I am critical of human looks; if only his eyes were clear sea blue, or if only her this were tucked up to that.

But never do I think this of the environment. I never say for instance, “that mountain would be gorgeous if it was just a little taller.” Desert, mountain, ocean or drought - all is masterpiece to those who stop and look. 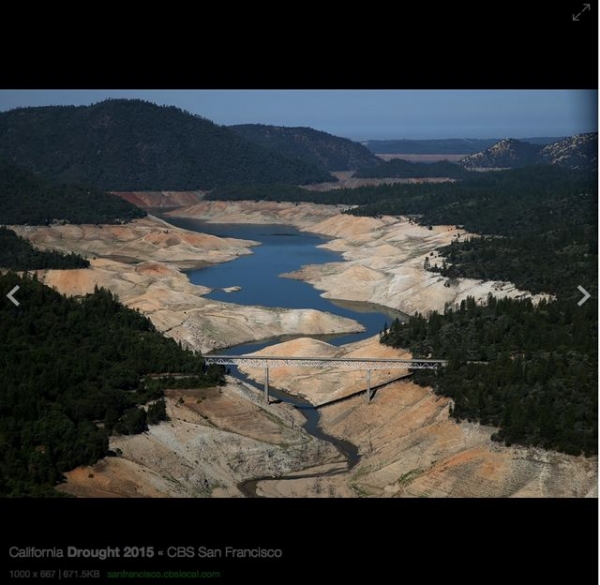 This Earth Day we talk water. Moist spring will soon evaporate, and dry weather is on its way. Last time we pedaled water, Food Partier! Wendy suggested “showering with a friend,” as a conservation tip. Anyone follow her lead? Steamy details please….

Ashley Boren, Executive Director of Sustainable Conservation, gave the keynote. She started with a quiz:

“How much water does it takes to produce one almond? 1 gallon

A pound of meat? It depends on how it is produced, but estimates are 1,800 gallons of water per pound.

And how much of California’s water is used for agriculture?

Agriculture uses 80% of the water that is developed, or in other words controlled and managed for human uses. When you account for total water use and include water for the environment – river and stream flows, wetlands and refuges – agriculture accounts for 40% of total water use in CA. The environment uses about 50% and cities 10%.”

“They are working with Central Valley almond farmers on flood irrigation of orchards to recharge California groundwater. It’s a huge problem in the state, and a good solution.”

With the help of the Almond Board and other grower associations, Sustainable Conservation has built a coalition of 23 farmers and 14K acres ready to participate. If extra water comes our way, fields will be flooded, allowing water to drain down and replenish the natural storage system below. This strategy is especially important now that California legislators passed the Groundwater Management Act of 2014, the first major piece of water legislation in over 100 years.

“Our groundwater aquifers are essential to withstand droughts,” said Boren. We have relied on them for the past four years. In 2015, ground water supplied 2/3rd’s of California’s water.”

Water storage is always a topic in California, but usually the agricultural community and other stakeholders think above ground. Groundwater storage must also be considered as policy makers determine how best to spend $2.7 billion made available by Prop 1, the California Water Bond. Your Earth Day assignment is to contact our state legislators and let them know we want funds used for groundwater instead of new dams.

Drekmeier mentions that many environmental groups in California are now actively involved in food + water + agriculture issues, and we have him to thank for a lot of the awareness. This former mayor of Palo Alto has been a leader in the Bay Area environmental movement for over 20 years. We worked together in the 90’s at Palo Alto’s Bay Area Action (BAA), now Acterra, when I ran EEAT (the Environmental Eating Action Team) and Pete ran everything else. Back then, the food and environment connection wasn’t talked about much. Now it’s a major focus as we have come to understand that agriculture is one of the largest influencers on land and water. The Bay Area is lucky to have such a dedicated warrior working for the benefit of the planet for so many years.

Pete’s contribution to this growing awareness, and to water preservation, was celebrated this past week at Acterra’s Party for the Planet. Cooltinis were the featured drink, an end-of-season cocktail served through the 90-s and early 2000’s at BAA’s famed Decadent Dinners. Back then, the Earth Day meal was designed using not only plant-based, seasonal foods, but also with ingredients we could get for free! April is the end of the lemon season as the new buds come on, so it was a good time to harvest the remaining crop off the backyard trees of our members.

Here’s the recipe, along with an Earth Day toast…

Have you lived a life of purpose, and not just one of purchase? It’s never too late to start. Earth Day reminds us it’s still all about action, and if it ain’t fun, it don't get done. Get out there and make something happen. Inshallah!

Combine first four ingredients in a martini shaker with ice cubes. Shake hard; the goal is to get shards of ice into the drink. Using a martini strainer, pour drink into a chilled martini glass. Add a dollop of Chambord. Garnish with a twist.
Recipe from Cool Cuisine – Taking the Bite Out of Global Warming 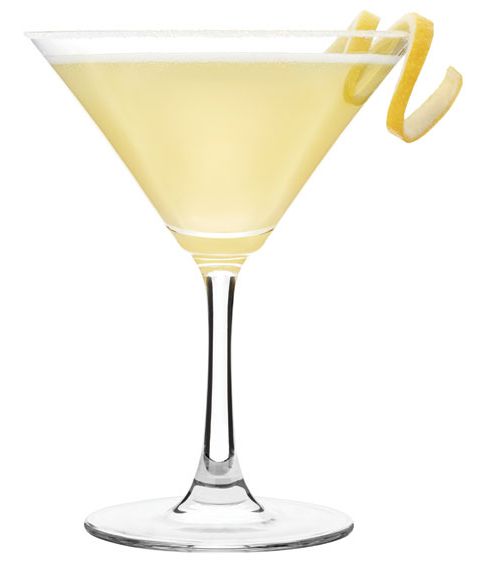 Remember when you toast, look into the eyes of the person you clink glasses with.