Cows are back in the news, or as we say…in the moos.

The Rose Bowl, New Years Day, Half Time Show…. Stanford band takes the shape of a farmer on field and then plays alongside a dancing cow. People immediately describe the action as a jab to the University of Iowa and to some dating website FarmersOnly.com, where “City folk just don’t get it.” They are right, I don’t get it. Why was this offensive? 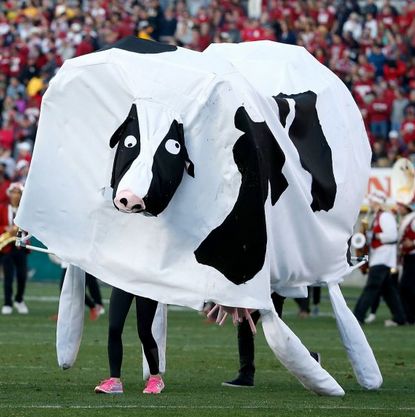 One recent cow prancing insult I did pick up on however happened in December to city and country folk alike. That’s when Congress repealed a 2009 beef-and-pork-labeling law requiring our packaged meats to list their country of origin. And they also stopped small ranchers from volunteering to continue the process if they so choose to.

It’s a surprising turn of events in this, the people’s moment of locavore-homegrown enlightenment, no? Happened on the sly. Congress slid the changes into the year-end spending bill … kind of like Cosby slipping the ludes to the ladies. Anesthetized by the serious amount of distraction forced upon them, what’s a congressperson to do but say yes?

Word up is the World Trade Organization/WTO pressured the U.S. to stop the practice because Canada and Mexico kept complaining they were disadvantaged by it.

And Big Meat is dancing a jig.

And there’s more lunacy in la-la label land. If fish had feet, Big Salmon would also be jigging with the recent FDA approval of the first genetically modified animals for human consumption, AquAdvantage salmon. No public blessing or label required, at least not yet. (see this also addressed in the spending bill).

What happens to wild salmon if the engineered salmon escape?

What other genetically engineered food animals are coming to our grocery shelves?

Will I be able to know if my salmon is GMO or not?

If dancing fish concern you, come this Wednesday for a panel discussion on the issue, sponsored by the super-wonderful nonprofit CUESA (Center for Urban Education about Sustainable Agriculture). They host the Saturday (and Tuesday) San Francisco Ferry Building Farmers Markets - an exciting event every week, and a perfect place to take out of town guests.

Talk followed by a reception with refreshments from the farmers market.

I think my New Years resolution is to start writing letters to elected officials… and to dance more.

See you at the Pioneer on Sunday. 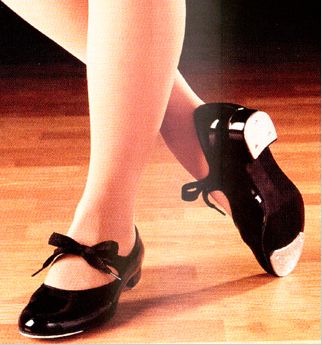