﻿ Guest Post #2 from HSSV: Labradoodle Back on His Feet | Love That Pup | Cathy Kirkman | Palo Alto Online |
Include Photos | Include Comments | Print this page | Close Window

Guest Post #2 from HSSV: Labradoodle Back on His Feet

Here's another charming guest post from the Humane Society of Silicon Valley. We hope it inspires you this holiday season to consider adopting a pet in need or donating to support their charitable work.

When Baxter came to Humane Society Silicon Valley he had some inflammation to his spine ? due to injury or infection ? which resulted in his brain not quite knowing what his back legs were doing. Although he could only make it a few steps before he would flop to the ground, he didn't appear to be in any pain and his tenacity to always get back up was endearing. 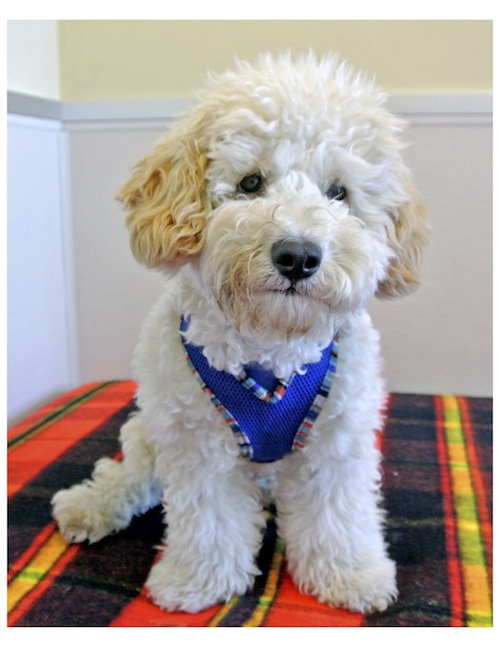 HSSV's medical team determined that aside from his dragging back legs, he was in great health. To allow him time to heal, he was put on cage rest at the recommendation of a orthopedic specialist. This would allow him to heal and let the inflammation go down. He would need to be monitored all the time and would do best in a home situation.

Thanks to HSSV's foster program, HSSV's finance associate, Farinaz Khatabi, stepped up and offered to foster Baxter. Farinaz patiently crate trained Baxter and he became a fixture in our admin area, coming to work with her daily. Under her loving care, he steadily made progress until he was deemed well enough to move on to the next step - physical therapy.

Our friends at Scouts Fund donated physical therapy sessions at Scout's House and Baxter began working with them to build strength in his back legs. Once a week he did hydrotherapy and mobility exercises at their facility. While it seemed unlikely he would ever walk completely normally, he had made huge improvement.

First he could walk across a room without stumbling, then he was jumping on the back legs that weeks ago had not been able to support him. After nine weeks in our care, he was deemed ready for adoption.

These days Baxter looks a lot like any other dog. While his back legs are still a bit wobbly, it's not something you notice unless you're looking for it. If he slows down enough for you to notice it, which is rare. Newly adopted by Inna and Christian, he spends his days playing with his dog brother, a hound mix named Kipper who appreciates his energy level. 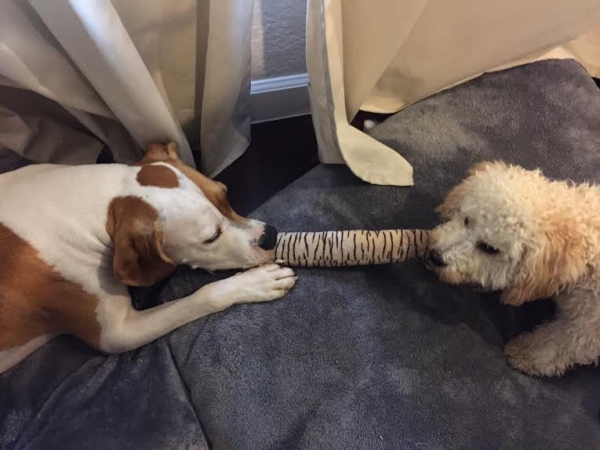 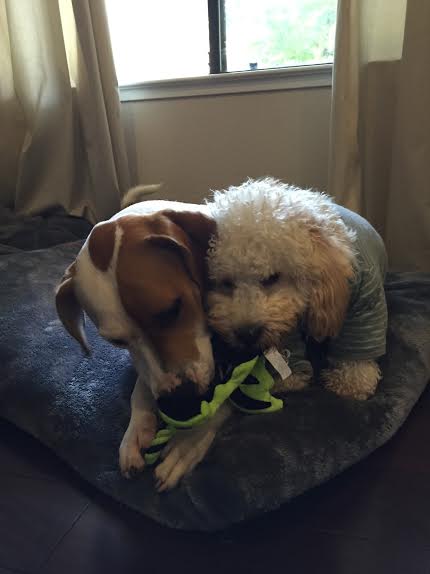 Baxter and his dog brother Kipper

Thanks to the donations and support we have received, HSSV is able to provide the services needed to help animals like Baxter. The added support also allows us to work with other community organizations like Scouts Fund. 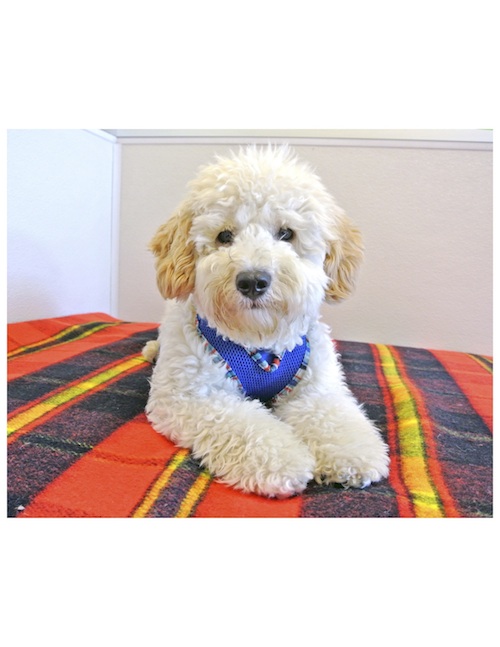