﻿ Another Case for Reparations: Team Seven by Marcus Burke | On the Page | Nick Taylor | Palo Alto Online |
Include Photos | Include Comments | Print this page | Close Window

Another Case for Reparations: Team Seven by Marcus Burke

In May The Atlantic published a cover story by the African-American critic Ta-Nehisi Coates called "The Case for Reparations." One point in Coates' excellent, thought-provoking article struck me as more controversial than the idea of reparations itself: Coates's assertion that the "crisis of black fatherhood" is a myth. He doesn't dispute the demographic data (offered by the National Fatherhood Initiative and many other sources) that as many as 72% of black children in America live in single-parent households; instead he provides context that the statistics lack, namely that this country, through slavery, was "predicated on the torture of black fathers, on the rape of black mothers, on the sale of black children." The paradigm of an absent black father is not new, Coates argues; in fact, this is the way African-American families have always looked. 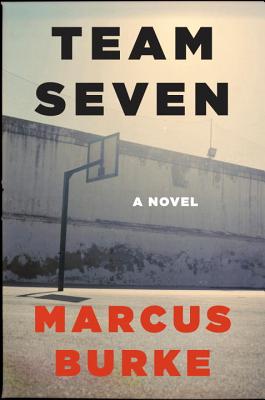 I was thinking about Coates' article when I read Team Seven, the gripping debut novel by Marcus Burke. The novel follows protagonist Andre Battel from boyhood through adolescence. Andre is an African-American boy living in the suburbs of Boston in what we gauge from cultural references to be the late 1990s and early 2000s. His parents are West Indian immigrants who met and married in the US, where both Andre and his older sister, Nina, were born. The father, Eddy, is a drummer in a local reggae band and is unable to hold down a job due to his struggles with drugs and alcohol. This leaves his wife, a receptionist in a doctor's office, to support the entire family (including her elderly parents, Andre's grandparents, who live in the apartment upstairs).

Eddy comes and goes like a cat through much of the novel, leaving the family for months at a time without any explanation. We learn halfway through the book that Eddy has another family--a girlfriend and another son close to Andre's age--on the other side of Boston, but this explains only some of his peregrinations. On those occasions that Eddy does come home, he brings chaos and violence with him. The Battel house is less stable for his presence, not the other way around. He beats his wife, he beats his daughter, he belittles his son. It is telling, I think, that Eddy is finally arrested and jailed not while he is out tomcatting but on a rare afternoon spent with his children. Burke shows us that Eddy Battel is not an unfeeling monster, that he cares deeply for his children. The question is why he can't toe the line. Ta-Nehisi Coates would say it's because black men are down by law, or by tradition, that as far as the black family goes, America is "not its nurturer but its destroyer."

That may be true, but I would argue that Marcus Burke's explanation is more effective. Coates is an essayist; Burke is a fiction writer. The essay is a versatile rhetorical tool, allowing arguments to be laid out clearly and precisely, with supporting evidence in neat paragraphs. But when it comes to explaining human behavior, fiction has no rival. The Battel family comes alive in Burke's story, reaching off the page to show us how and why a black family in America is living hand-to-mouth 150 years after the end of slavery. Reparations, Coates suggests, should not be about cash handouts but about "a revolution of the American consciousness." If a national reckoning is our goal--and I think we can all agree it's a worthy one--then novels like Team Seven will undoubtedly help us get there. After reading Burke's smart and wise novel, I may not know how to fix families like the Battels, but I have taken the first step: I understand how they're living.