Locals will be privy to deli cuts and prepared foods with meat that was handled from start to finish by the company. Belcampo raises all its animals at a huge Mount Shasta farm, takes them to a 20,000 square-foot slaughterhouse designed by renowned animal science doctor Temple Grandin just 20 minutes from the farm when they're ready to go and butchers all the meat by hand rather than machine. Read more about the Belcampo farm and practices here.

The Palo Alto store is one piece of a big expansion push by CEO Anya Fernald, who opened the first Belcampo retail shop in Larkspur in 2012. She's since opened in downtown Los Angeles, Santa Barbara and just two weeks ago, a restaurant and butcher shop in San Francisco.

Town & Country isn't getting a full sit-down Belcampo experience, but rather deli and take-out prepared options. Meat ranges from the typical to the more unusual, like quail, partridge and rabbit. Some menu items include a braised lamb belly bun with caramelized onions, spiced yogurt and arugula; a pulled pork bun with jalapeno aioli, cucumber daikon and carrot; steak salad; smoked jalapeño and cheddar sausage on a toasted bun with red cabbage and lime slaw; posole soup with shredded pork, Rancho Gordo hominy and dried chilis.

The main focus of the 900-square-foot space, located at the back at Town & Country between Sushi House and Tava Indian Kitchen, is a 12-foot traditional butcher case. The store also has hand-painted gold-leaf windows, a hand-painted mural by New Bohemia signs of San Francisco, Belcampo's signature blue hand-made tiles from Mexico and a menu board built by local artist Lawrence LaBianca. 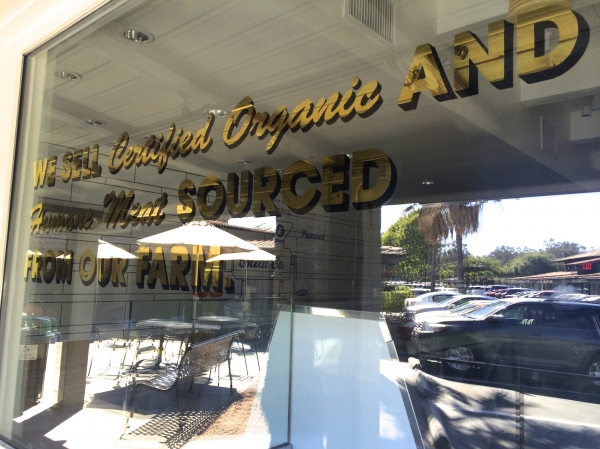 Fernald's parents, both Stanford professors, still live in the area, so as she told me in February, the Town & Country location is "really nice" for her personally.

Stay tuned for an in-depth feature on Belcampo in the print editions of the Palo Alto Weekly and Mountain View Voice in the next few weeks. 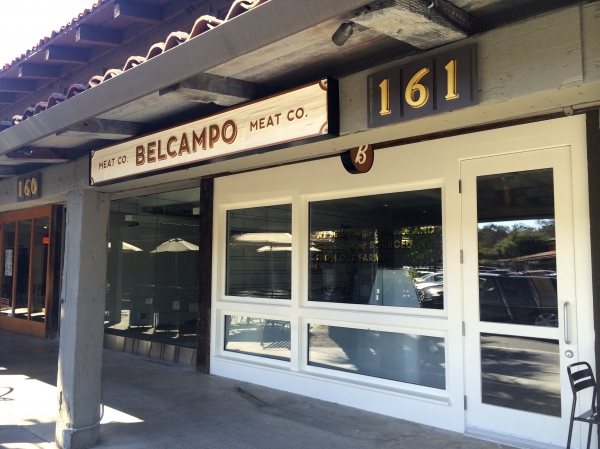