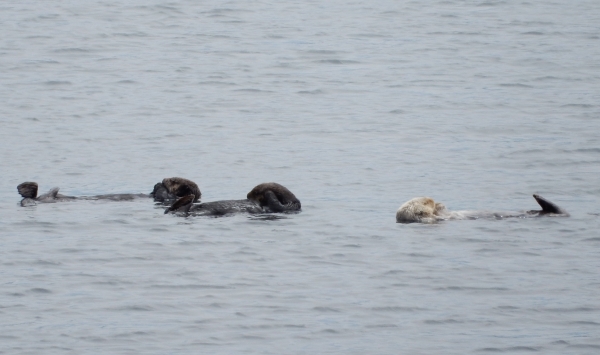 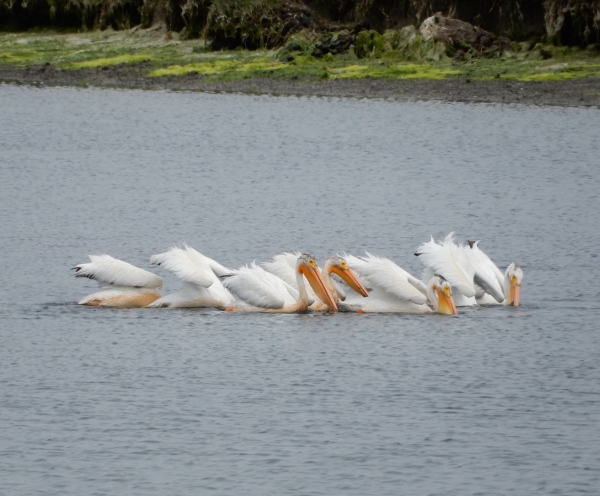 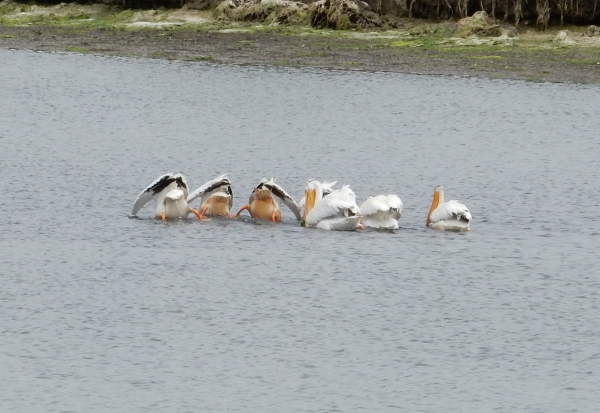 The best thing about kayaking in Elkhorn Slough near Moss Landing is that the sea otters have not read the rules about staying 50 feet away from the kayaks. Neither have the harbor seals. We try to keep an appropriate distance from the wildlife, but some of the otters and the seals are so intensely curious about visitors that their heads pop up right next to our boat to check us out. It makes us wonder, who is watching whom here?

My daughter and I spent a morning last week on a leisurely paddle in the slough enjoying the abundance of wildlife. No need for binoculars as the brown pelicans swooped by us skimming the water, jelly fish floated by, terns circled over head, and harbor seals of all ages and sizes lolled, or scrambled up and slid down the muddy banks. Tall, majestic egrets and great blue herons fished in the shallows, still as statues, and cormorants dove for fish or dried their spread wings in the marshes. A crowd of California sea lions occupying a dock could be heard (and smelled) from afar, we kept our distance!

We were especially excited to spot a group of one of the largest birds in North America, the white pelican. The birds are five-foot tall with an impressive nine-foot wingspan. We paddled along side the pelicans as they formed a line in the water and cooperatively herded the fish together to facilitate catching their meal. Unlike the spectacular dive-bombing of the brown pelicans, the white pelicans catch fish like ungainly ducks, tipping forward into the water, tail feathers and big rumps straight up in the air, scooping up the fish in their massive fleshy pouched bills. Awkward looking but clearly effective!

As fascinating as the huge pelicans are, I still find the sea otters the most irresistible creatures in the slough and can watch their antics endlessly. We watched a mother and pup wrestling and rolling together over and under the water. The pup would swim off, the mother in hot pursuit, only to have the pup spin around and tackle her again.

We love that if we paddle quietly, pay attention, and keep what distance we can, we are up close and personal witnesses of the birds and animals of the slough. I return from even a few hours on the slough all the better for the experience.