Update: The lowdown on Lure + Till in Palo Alto

Whoever designed the restaurant couldn't have asked for better weather for the opening ? much of Lure + Till's seating is al fresco along Hamilton Avenue. Even for indoor diners, sliding glass doors might be totally open on warm days and nights, as it was this weekend. 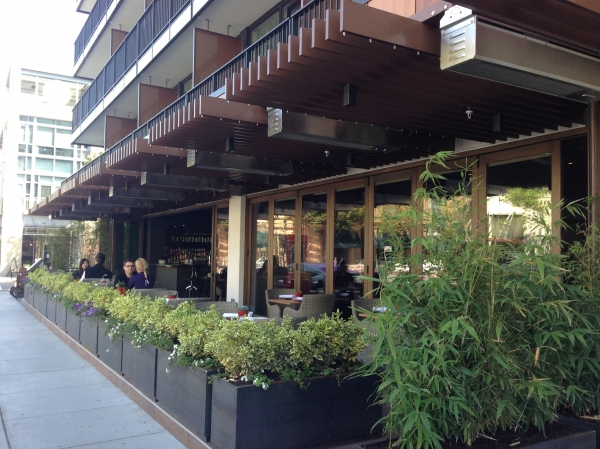 Passerbys also have a full view of the restaurant's bar, which is serving up 10 craft cocktails to start off.

Drinks range from the "Peninsula Punch" (kappa pisco, lemon and pineapple) to the "Schmandy" (brandy, mint, angostura bitters, lemon, scrimschraw pilsner). Prices range from $8 to $12 per drink. The Peninsula Punch and "Cava Punch" can also be ordered in pitchers for a group at $40 a pop. Lure + Till's cocktail program is run by Carlos Yturria, a well-established San Francisco transplant who's worked the bar at A16, Range, the Ferry Plaza Wine Merchant and other city establishments. 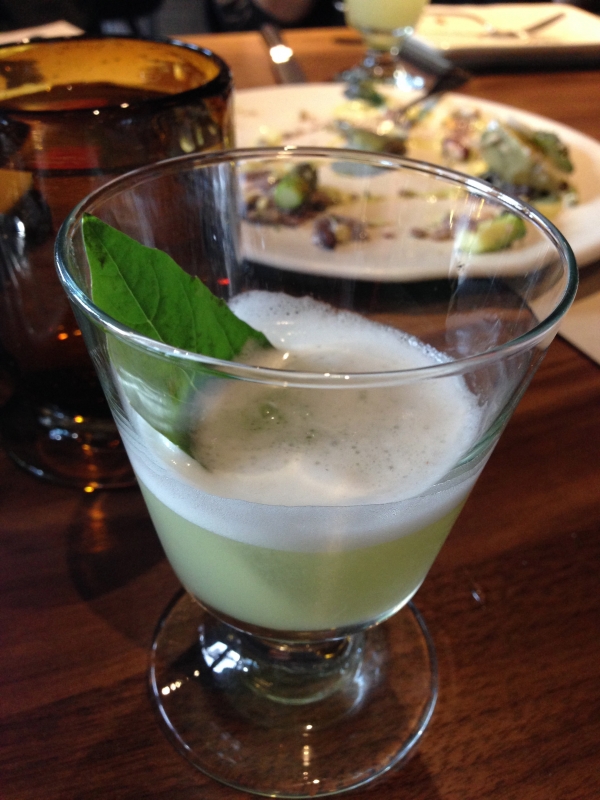 Above: A sample of the "Peninsula Punch" cocktail, with the addition of a basil leaf.

There's also a pretty focused wine-by-the-glass menu, plus four beers on tap and eight in bottles. 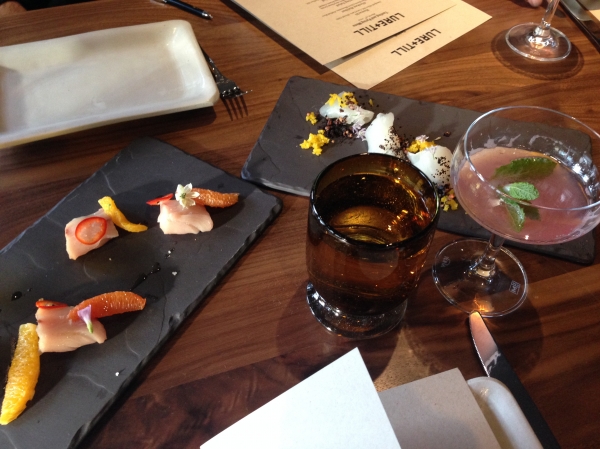 Above: The hamachi with smoked olive oil, cara cara oranges and sliced chili on the left; the Alaskan halibut with chopped yellow beets, chive blossoms and puffed rice on the right. 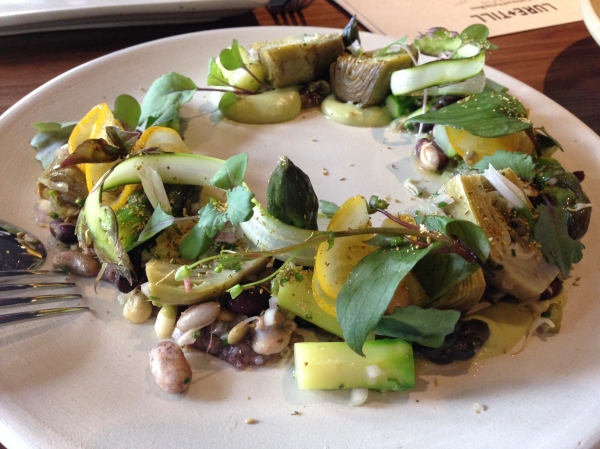 Above: The spring salad.

Other small bites include deviled eggs and house-made flatbread (on a recent evening, it was deep-fried potato naan made in the restaurant) with various spreads. There's also a charcuterie plate and smoked salmon with rye bread and "fixins."

Opening week entrees included two pastas -- tagliarini (egg noodles, narrower than tagliatelle) with braised hen jus and a slow-cooked egg hiding inside, meant to be broken and stirred about ($14) and black chitarra and lobster with toppings ($14). All Lure + Till pasta is made in house. 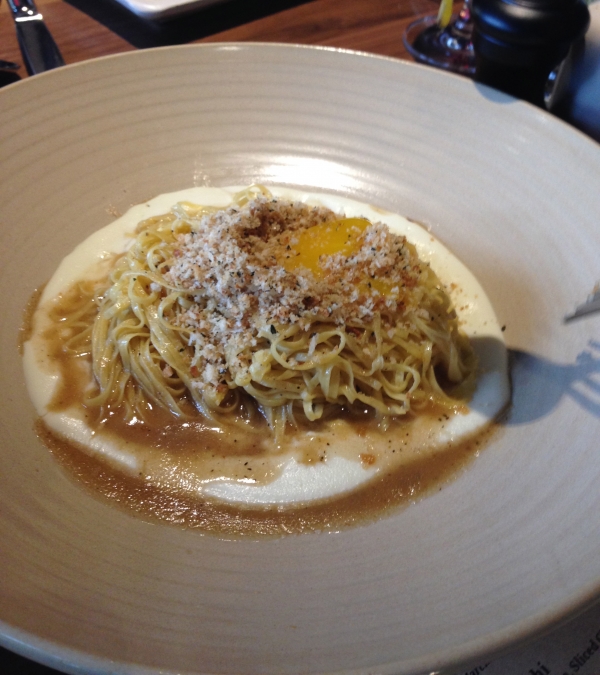 Above: A broken egg yolk spills out onto the tagliarini pasta.

There's also a range of high- and low-brow sides, from (baked heirloom grits to fries.

Lunch has some elements of the dinner menu, plus more casual eats like a burger, fish and chips and sandwiches. View the menu here.

In case you're tired of reading about the food, here's a PDF of the opening breakfast, dinner and cocktail menus.

The Lure + Till kitchen is headed up by Patrick Kelly, previously executive chef at Gitane in San Francisco and Michelin-starred Angèle in Napa.

Curious about that name? It's a reference to agricultural roots, plus the "lure" as a symbolic draw into the restaurant, and "till" connotating hard work.