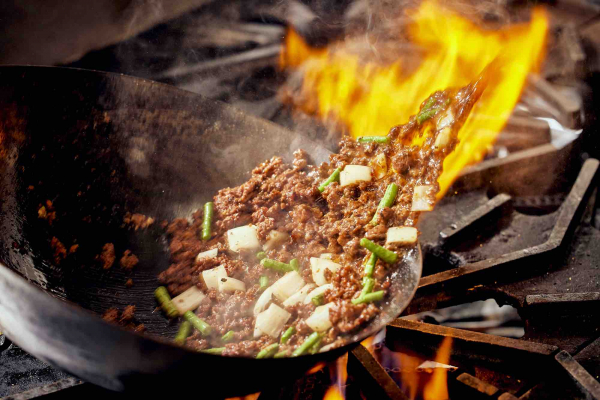 When it comes to trends in the sustainable food movement, the elusive plant-based meat alternative is often presented as a buzzy panacea. Now, there's a fungus-based meat alternative debuting on the market, making waves in Silicon Valley's high-end kitchens. Called Mamu, the mushroom-based substance developed by Sempera Organics comes packaged like ground beef and has already made appearances at Palo Alto's Ettan and is coming soon to Los Altos' Little Blue Door and Sunnyvale's Oxford Kitchen and Gastropub.

Made from ground mushrooms grown on chickpeas and then treated to remove some of the mushroom flavor, Mamu is gluten- and allergen-free, according to Sempera Organics CEO Nirmal Nair. There’s no flavoring or salt.

As plant-based options expand in part as a response to climate change, Mamu joins a market populated with existing brand-name meat alternatives produced by companies like Beyond Meat and Redwood City-based Impossible Foods that have partnered with restaurants and major chains nationwide. But it’s one of the few purveyors that has involved chefs in the tasting and testing process from the early stages, according to Ettan and Little Blue Door chef Srijith Gopinathan, chief culinary officer at Sempera Organics. 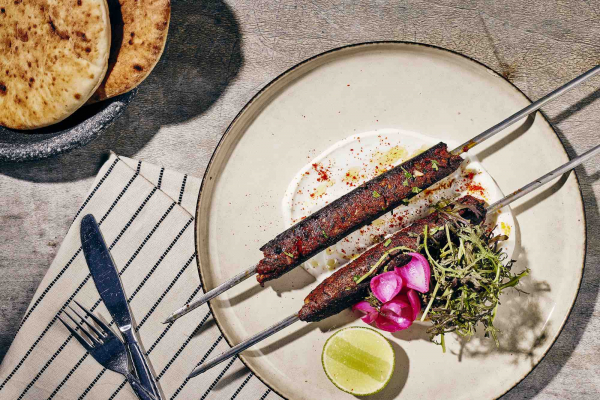 The ingredient – so named as an inverted and truncated form of the word umami – was the centerpiece of a recent preview meal I participated in to introduce the product to local food journalists and investors. Held at Mista, a San Francisco-based accelerator for food innovation companies, the meal featured four rounds of vegetarian dishes prepared by Gopinathan ranging from Mamu gnocchi with pine nuts, squash, kale and brown butter to pad krapow Mamu, served with long beans and holy basil over jasmine rice.

Before the meal, Nair talked about how the company is aiming to scale quickly to sustainably feed many people. Part of the goal spurring the development of a meat substitute based on mushrooms is sustainability, according to the product's website, which claims that growing mushrooms uses 98% less fresh water than other vegetables, generates 85 times less carbon dioxide than beef production and uses 99.7% less land than soy production.

The mushrooms are grown in a zero-waste Morgan Hill indoor lab and farm, and are, as Nair put it, "spore to store-ready." Mamu comes from a blend of shiitake, king oyster and white mushrooms and is blended with chickpeas, canola oil and water. It's developed from both the mycelium, or root system, and the fruiting body of the mushroom, according to a press statement. 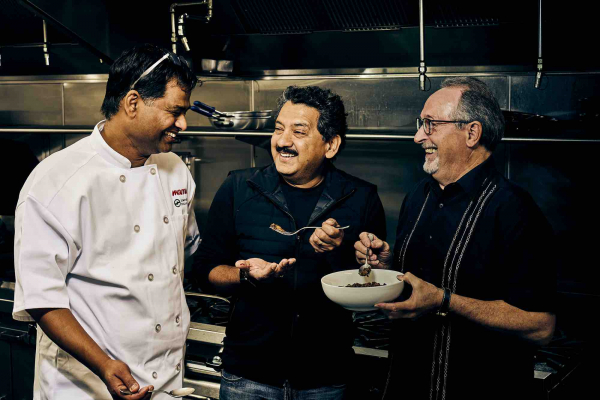 In an interview, Gopinathan said he signed on about 14 months ago to be the chief culinary officer at Sempera Organics when he had some extra time during the pandemic. He started testing out the mushroom-based product in the kitchen, presenting to the team what he liked and what he didn't and trying out how it would taste when cooked using different techniques. Over time, he got to a point where he felt comfortable making new dishes with it and serving it. In its current state, Mamu can be sauteed, grilled, fried, baked, poached, broiled, seared and emulsified.

So many food companies start with the food science aspect and leave the chefs out until the end, but food is about both art and science, he says. Moving forward, he's working to collect input on the product from other local high-end chefs sampling the product, including Jarad Gallagher, former chef of Mountain View's Chez TJ restaurant. 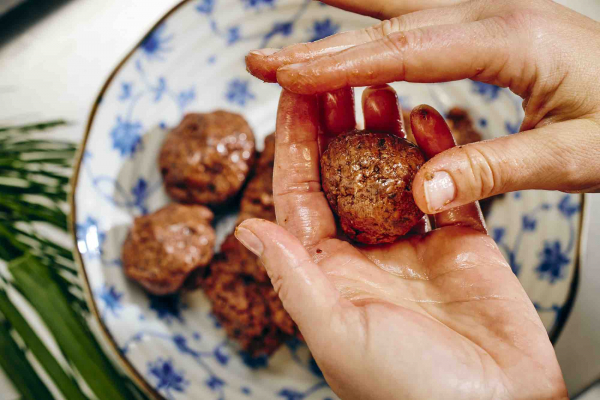 He's using the ingredient at Ettan in a wild mushroom dish using Mamu kofta with coconut korma and Idiyappam noodles. It's been on the menu for about a week and has been well-received so far, he says.

"Working on the evolution of this is a fun little thing I enjoy doing aside from my daily hustly bustly restaurant life," Gopinathan says. "Every day we are working on how to improve and make cooking and eating easier, more effortless, nutritious and fun-filled."

Also on the Sempera Organics team is Chief Mycologist Dennis Desjardin, a retired mycology professor and evolutionary biologist at San Francisco State University. He says he was hired on to make sure the company's findings are "real science," because in the nutraceutical world – that is, the world of dietary supplements – junk science is more common than he'd like. 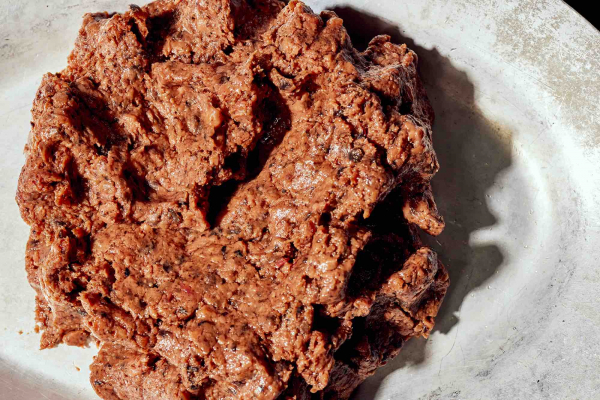 He says he's excited to be applying his decades of research in the real world and is using his background to help figure out how to grow mushrooms that can hold more protein or vitamin B content, for instance, thereby boosting their nutritional value.

As it launches Mamu, the Sempera Organics team hopes to work with more chefs and expand the product’s use in restaurants in the months to come.

The ingredient is still a work in progress, Gopinathan says. "There's a lot of work to do."

Judy Hall is a registered user.


A meat substitute rib-eye steak (complete with bone) would be more impressive.

Vegan ground beef substitutes are commonplace and have been around for decades.

Report Objectionable Content
Posted by Eugene Baker, a resident of Barron Park,
on Nov 25, 2022 at 12:42 pm
Eugene Baker is a registered user.

I Was At The Stanford Shooting. Let’s Do Better Next Time
By Laura Stec | 2 comments | 3,199 views

Some of the best jobs around
By Sherry Listgarten | 4 comments | 2,601 views

Palo Alto's Pizz'a Chicago 'not ready to quit' and seeks funds to support downsizing
By The Peninsula Foodist | 4 comments | 1,980 views

People and Relationships Never Stop Being a Work in Progress
By Chandrama Anderson | 1 comment | 1,507 views