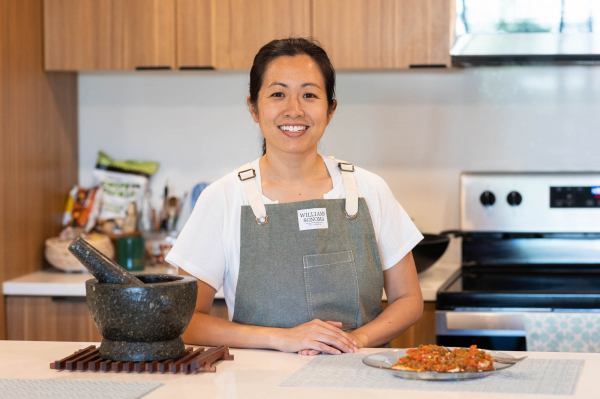 There's a Chinese proverb that says, "It takes 10 years of practice for 10 minutes of performance."

For VC Tang, a Thai woman who grew up in San Francisco and now lives in Redwood City, the proverb rings true as to how her debut book, a cookbook-memoir called "Come Eat, Grandma! Recipes and Stories of Thai Home Cooking" came together.

Writing the first draft of the book took her only about six weeks, she says, but the work of connecting with and building an identity from her Thai roots is a process that's taken decades.

The book, which will be released at the end of October, weaves together recipes and stories with brightly colored illustrations that evoke the warmth and coziness of home cooking. Both the cooking and writing that went into developing the manuscript for the book helped Tang learn more about herself and her family during an isolating time. 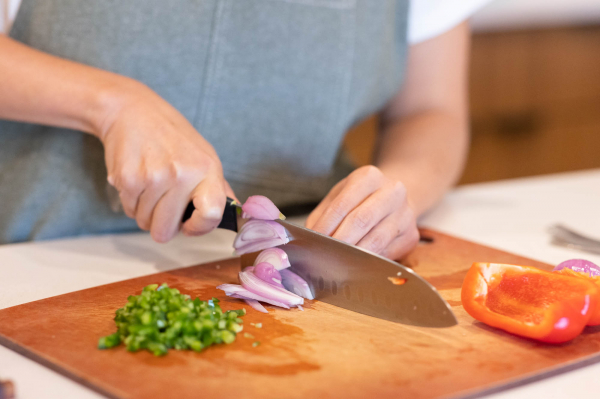 VC Tang cuts up a shallot while preparing a recipe called "My mom's fresh chili salmon" from her new cookbook "Come Eat, Grandma! Recipes and Stories of Thai Home Cooking" in her kitchen in Redwood City on Oct. 7. (Photo by Magali Gauthier)

For years, she balanced nonprofit work with her passion for cooking Thai comfort food at home. When the pandemic hit, she found herself cooking more and wanting to do something to combat the rise of anti-Asian hate she was seeing in the community. She was also inspired by the elders she'd gotten to know as a tai chi practitioner and member of her Thai temple community, many of whom were remarkably adept at soldiering on with their daily lives. So she turned to the kitchen.

"I don't think I'm alone in saying a lot of people found refuge in their kitchen during the pandemic," she says.

She had recently quit a job and was embarking on a creative sabbatical. At the time, she says, she would cook a new recipe and then sit down with her mom to eat it and tell stories.

"It would almost be like a music jam session – the stories would just come out of both of us," she says. As they picked loose pieces of Dungeness crab with dipping sauce at home, the two unearthed long-forgotten morsels of memories, she says. 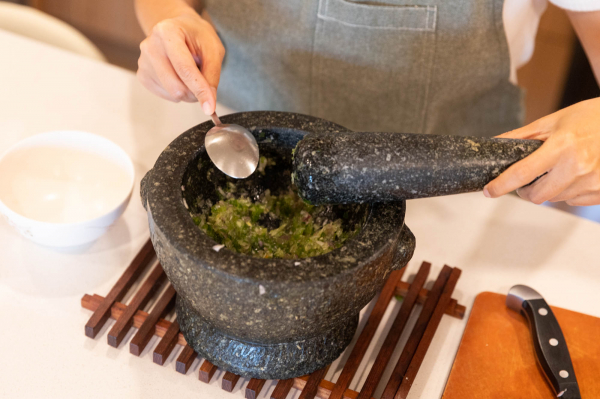 VC Tang mashes ingredients together using a mortar and pestle while preparing a recipe called "My mom's fresh chili salmon" from her new cookbook "Come Eat, Grandma! Recipes and Stories of Thai Home Cooking" in her kitchen in Redwood City on Oct. 7. (Photo by Magali Gauthier)

Tang’s parents immigrated separately from Thailand to San Francisco. Over the years, she got into cooking partly out of her desire to help her mom access foods from her motherland. Her mom, she says, was an "OK cook" – as a middle child of nine, her responsibilities around the household growing up had revolved more around cleaning than cooking. She would have occasional cravings for certain foods, but as a busy dressmaker and custom tailor in San Francisco, she didn't always feel like making a trip across the city to get them.

Accessing both the ingredients and the techniques to prepare Thai food hasn't always been easy, but thanks to increased importation and efforts by California farmers – specifically Hmong farmers in the Central Valley, she says – it's now a little easier to track down ingredients like holy basil, Chinese mustard greens and fuzzy melon. And the rise of YouTube has helped her learn more about the techniques used in Thai cooking, she adds.

As a child of immigrants, she says, it took her a long time to reconcile that her motherland and her home are different places.

What finally enabled her to make peace with that tension was years of work to connect with her roots, she says. "The difference kind of just fizzled away." 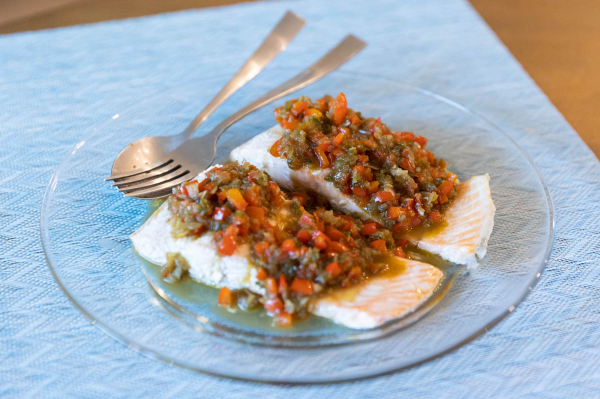 She compares the process of learning about her heritage to climbing a mountain. Learning to cook Thai cuisine was one mountain, while learning the Thai language was an even steeper mountain. She also spent time traveling throughout Thailand independently and working with the youth performing group at the Berkeley Thai Temple as part of her self-directed immersion into the culture.

Throughout her childhood, one constant for her was the Thai temple, where she attended a weekend and summer school program from kindergarten on. Her education there, she says, was "like an apprenticeship degree in Thai culture." Many of her peers' families owned Thai restaurants, so there was always food in abundance, alongside lots of music and dancing, she recalls.

Families that sent their children to the temple "were just super proud of who they were," she says. "I really consider that one of the hugest blessings in my life, to have had this time capsule of a place educating me alongside my American classroom education."

And while she's come to embrace her Thai heritage, she also accepts and appreciates other parts of herself, she says. "This is a huge part of who I am, but it's actually not all of who I am."

For instance, she's come to appreciate what she calls "adjacent" cuisines – similar but not quite the same, like Cantonese food. She writes in her book that growing up, there were a number of Southern Chinese flavors her mom sought out, which used to give her pause because they weren't Thai. Later, she learned she’d had a grandmother who was Chinese. 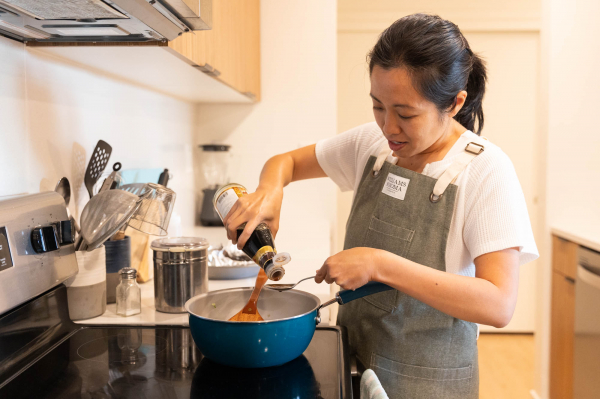 "I grew up in San Francisco telling the world that I wasn't Chinese. And then, to only to be told as an adult that, wait, I actually am in many ways … it's like my ancestors playing this huge prank on me," she says.

The book was put together by an all-Thai creative team, she says, including work by illustrator Emily Ramai Kim and editing and layout by Ja Arun Ravine. On one page, Kim’s illustration of a container of soup on a hospital bed tray accompanies a recipe for yen ta fo, seafood noodle soup in pink broth, which Tang recalls was the dish her grandmother wanted most when she was in the hospital recovering from a heart attack. In another part of the book, a bag of groceries spills out onto a counter beside a pot simmering with beef noodle soup, “an easy, go-to meal for a single, working mom,” Tang writes.

To launch her book, she's hosting a book signing and party at the Park James Hotel in Menlo Park Oct. 30, with a reception sponsored by Farmhouse Thai Cuisine. She's particularly excited to share the cookbook with her "aunties" – women elders who have mentored her over the years – and fully expects them to critique and discuss the details of certain recipes with her, she says.

"We're so spoiled in the Bay Area – (Food is) just such a great doorway into understanding each other and communities," she says. "It was the doorway to understanding myself too."

Our First Anniversary in my Husband’s Retirement
By Chandrama Anderson | 0 comments | 2,598 views