‘We’re not trying to disrupt the industry’: How a Y Combinator-backed food hall startup is bringing a ghost kitchen alternative to the Peninsula 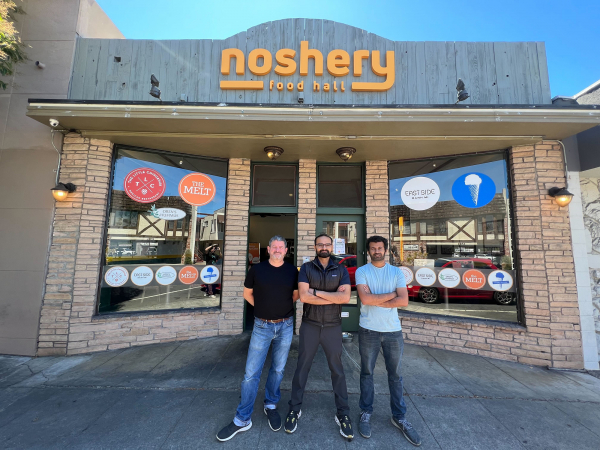 When COVID-19 hit and restaurants began closing down left and right, Mountain View resident Divyang Arora and his startup co-founders saw it as a call to action. Two years and a trip through the famous Y-Combinator startup accelerator later, he's now CEO of Byte Kitchen, a startup helping independent restaurants scale up and get their dishes offered in other communities.

Driving Arora's mission was a question, he explained in a recent interview: Why haven't food tech companies been able to earn restaurants' trust?

It's a question that plenty of restaurant tech companies have spent billions of dollars in venture capital trying to answer.

"The restaurant business has always been hard," he says. "I think the pandemic just … brought it out in the open." Since the pandemic began, he adds, restaurant owners have become more open to ideas about expanding their businesses in less traditional ways. Still, working with food tech companies can be seen by restaurant leaders as a necessary evil rather than as a partnership, Arora says. 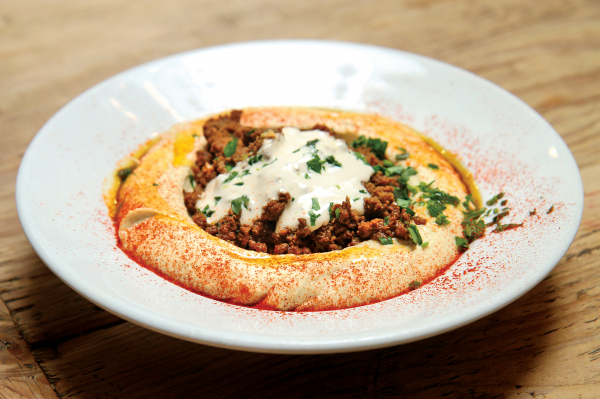 While the popularity of food delivery apps has caused tension among independent restaurants, prompting San Francisco to pass a permanent cap on fees delivery apps can charge restaurants, food delivery – especially through the “ghost kitchens” model – provided a lifeline for restaurants during the height of COVID. Arora says his company offers an alternative model to ghost kitchens that benefits restaurateurs and enables customers to grab takeout in addition to getting delivery.

It wasn't long ago that Arora and his team were working out of his Mountain View apartment as part of Y Combinator’s spring 2021 cohort. (Arora's other two co-founders are Chief Operating Officer Quinn McKenna and Chief Technology Officer Rahul Madadi.)
Things accelerated when they opened up a test kitchen in July 2021, followed by their first brick-and-mortar location in downtown San Mateo last November. (They also moved their offices to San Mateo.) Last month, the team opened their second food hall in downtown San Carlos, which has more extensive seating options for dining in.

The business uses a licensing model with small restaurants from around the country – those that typically have a few locations and are looking to expand, Arora explains. 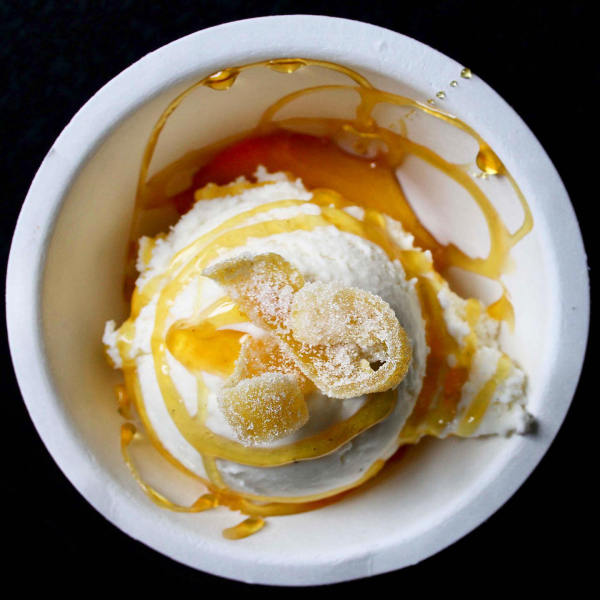 "We're trying to effectively bring a variety of cuisines to areas that it may not have existed in before," he says.

Currently, Byte Kitchen's food hall, Noshery, serves meals from The Melt, Oren's Hummus, East Side Banh Mi, The Little Chihuahua and Humphry Slocombe ice cream at its San Carlos location, and the additional offerings of Kasa Indian Eatery, C&C Curry House and The Pastry Cupboard in the San Mateo location. All are California brands except for East Side Banh Mi, which is from Tennessee.

The variety allows customers to mix and match their meal items or put several different types of cuisine on the same tab, which can make it easier on people eating in groups with different food preferences.

Normally, when eating out as a group, Arora says, "Someone always settles. We did not want that to be the case."

Arora declined to say what percentage participating restaurant partners receive, but says it’s similar to what franchise owners are paid. The typical range for franchise royalties is between 4% to 12% of revenues, according to the U.S. Small Business Administration.

Byte Kitchen provides the staff to prepare meals in accordance with the restaurant's recipes, and the restaurant receives a percentage of every item sold. It's an easier way for restaurants to expand their reach without the money – and often headaches – that come with launching a new location, Arora explains.

He adds that Byte Kitchen's approach differs from the traditional ghost kitchen model, in which restaurants may have to pay rent and manage the operations from those new locations, a step not too different from opening up another brick and mortar, he says.
"We're the opposite of a ghost kitchen. Those optimize for as little rent as possible, so the places they're in are usually not accessible by consumers," he says.

A number of digital food hall and ghost kitchen startups have emerged in the past couple of years on the Peninsula, including Local Kitchens, which has locations in Palo Alto, Mountain View, Cupertino, Campbell and Los Gatos, and All Day Kitchens (formerly Virtual Kitchen Co.), with locations in Daly City, Belmont, Palo Alto and Santa Clara.
The business hasn't had the same level of difficulty as some other local restaurants in finding employees, Arora says. 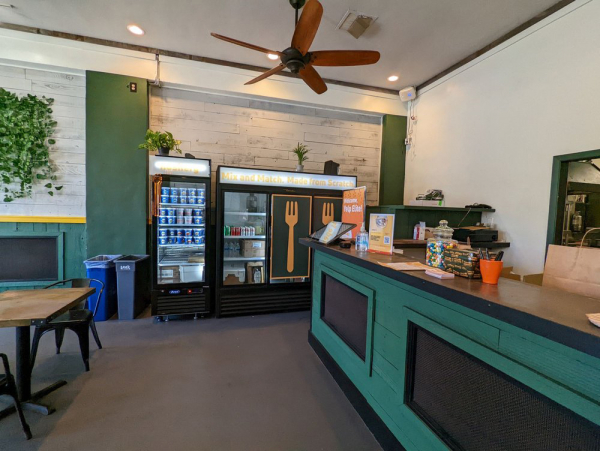 The interior of the new Noshery location in San Carlos, offering dine-in options, as well as takeout and delivery. Courtesy Byte Kitchen.

Part of that is because they have the added offering of being able to train potential hires in how to cook eight different cuisines, a fairly unique learning opportunity, he says.

They've also been active in developing technology that streamlines kitchen processes. With much of the recent technological developments in food focused on deliveries, bookings, reservations and reviews, Arora says, "The kitchen is still very much a pen and paper place."

Helping restaurant kitchens get hyper-organized is one way to help them scale more effectively, he says, whether that's in the areas of scheduling, purchasing, inventory, prepping or managing food waste.

"Running eight brands out of the same kitchen is not super easy," he says.

The company just raised a little over $6 million and is looking for multiple new locations to bring their model to more and more restaurants.

"We're not trying to disrupt the industry," he says. "What we are trying to do is partner with existing restaurants and help to enable and extend their reach."

Silicon Valley’s next meat substitute is being grown at a Morgan Hill mushroom lab
By The Peninsula Foodist | 2 comments | 2,740 views

Our First Anniversary in my Husband’s Retirement
By Chandrama Anderson | 0 comments | 1,212 views