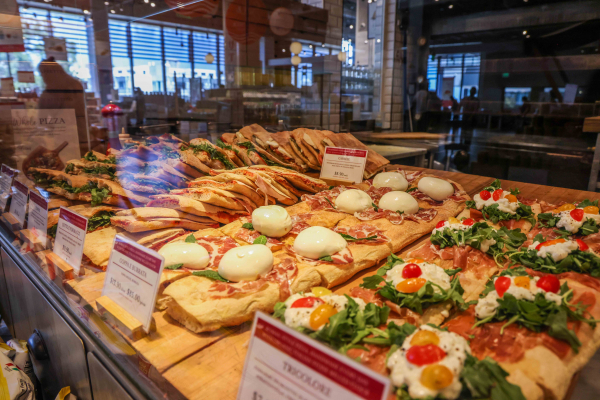 
Eataly, an international chain of multistory Italian food halls, first announced plans for a Silicon Valley location back in December 2019. Nearly two and a half years later, Eataly will open its doors at Santa Clara's Westfield Valley Fair on June 16.

Celebrating Italian cuisine, Eataly Silicon Valley will combine retail with quick-service counters and two full-service restaurants. Diners can browse specialty goods like olive oils and dried pastas alongside cheese and salumi counters, then sit down at a restaurant for pizza and a Peroni. Italy's best-known foods and drinks are represented by counters selling espresso, gelato and panini all under one roof. The company opened its first store in Torino, Italy, in 2007 and embraces a motto centered on eating, shopping and learning. 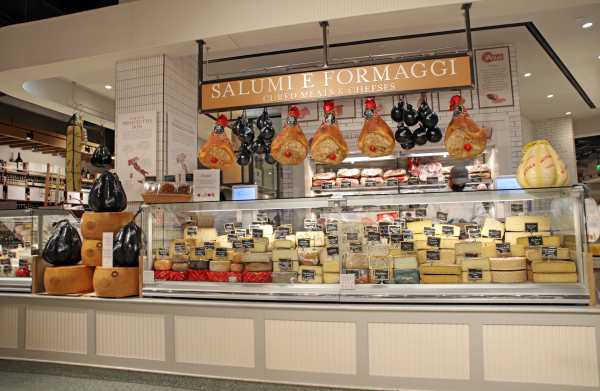 A counter for salumi and formaggi, cured meats and cheese. Photo courtesy Eataly.

Eataly Silicon Valley's opening celebration will include complimentary tastings and take place at 5 p.m. on June 16. The food hall is also hiring aggressively to staff its massive operation and is hosting job fairs and walk-in interviews.

PhilB is a registered user.


Eataly in Manhattan in the Flatiron district is a great place. I hope the Bay Area place is as good.

I Was At The Stanford Shooting. Let’s Do Better Next Time
By Laura Stec | 3 comments | 3,320 views

Some of the best jobs around
By Sherry Listgarten | 5 comments | 2,920 views

Palo Alto's Pizz'a Chicago 'not ready to quit' and seeks funds to support downsizing
By The Peninsula Foodist | 4 comments | 2,144 views

People and Relationships Never Stop Being a Work in Progress
By Chandrama Anderson | 1 comment | 1,632 views