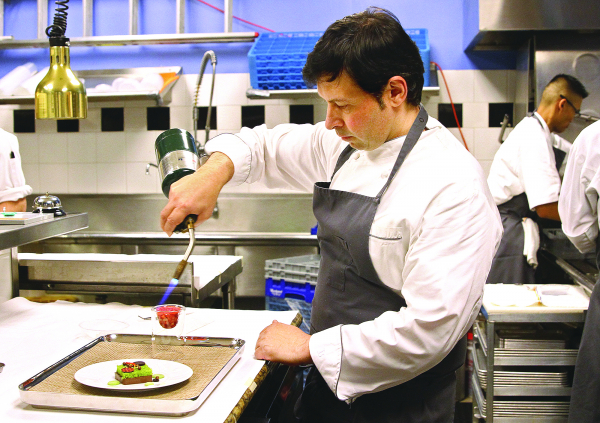 After 12 years that included earning two Michelin stars and then purposely forfeiting them, Baumé has closed to make way for a new concept from the husband-and-wife team of Bruno and Christie Chemel. On March 8, Baumé becomes Bistronomie by Baumé in the same space on California Avenue in Palo Alto.

The bistronomie movement has grown to the point where it is hard to define. Generally, it signifies a restaurant that applies fine dining techniques to comforting bistro dishes prepared with locally sourced ingredients. Bistronomie originated in France during the 1990s as part of a movement to make high-end food more accessible, but back in that era, Bruno Chemel dismissed the ideology in pursuit of Michelin stars.

Bistronomie by Baumé will launch with a six-course pescataraian menu priced at $168 with an optional wagyu beef supplement. Wines are offered by the glass, and there are two wine pairings priced at $90 and $110. There are still premium bottles available, and the restaurant will still rely on Bruno and Christie Chemel as its two main employees.

While the pandemic played a role in Baumé's transition, Bruno Chemel says he’d been pondering remaking the restaurant for years.

Baumé experimented with new offerings during the pandemic. They launched a $15 sandwich under the brand of B Deux Go (that project is being sidelined for now), and Bruno Chemel served food to go for the first time. He surprisingly enjoyed the process and shared that five years ago, he would have replied to the idea by saying, "I hate that, to put my food in plastic containers or cardboard containers? No."

Meanwhile, Baumé had been open for 12 years and attracted mainly international customers, says Chemel. These patrons demanded increasingly high-end experiences with hard-to-find ingredients and rare wines from throughout the world, and Chemel enjoyed working with these valuable ingredients for years. However, when he tried to make tweaks like making the dining room more relaxed, customers complained. Chemel eventually found that the luxury-focused restaurant he was running no longer matched his personality. 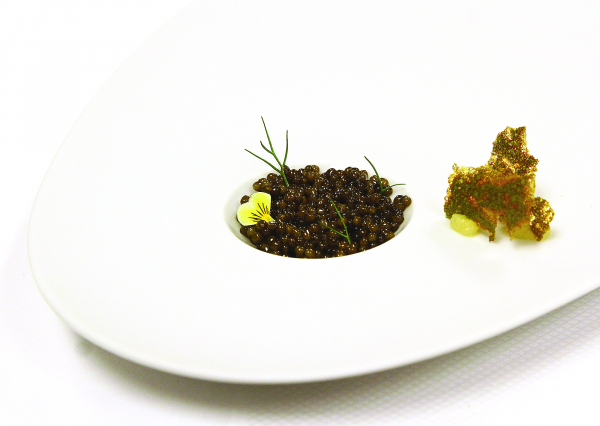 The golden osetra caviar with fennel and kiwi at Baumé. (Photo by Veronica Weber)

However, Chemel notes that Bistronomie by Baumé will still focus on technical, high-quality food in a more casual environment. Noting that he wanted to preserve Baumé's legacy in his new restaurant, Chemel says, "By baumé means by me … we are still fine dining food in a more bistro style and ambience."

cheese guy is a registered user.

Report Objectionable Content
Posted by Lee, a resident of Charleston Meadows,
on Feb 28, 2022 at 10:33 am
Lee is a registered user.


Getting 2 Michelin stars is a significant achievement. Unfortunately, whoever ran Baume didn't have the business sense to take advantage of this award. You don't increase revenue by REQUIRING diners to drink/buy wine. You don't attract diners by spurning a most trusted recognition.

We regularly go to high-end restaurants to support talented chefs and their hard-working staff. We are willing to deal with traffic and parking to eat in San Francisco but never had a desire to visit Baume even when it's just some blocks away.

Three new restaurants from former Manresa chef David Kinch and his team are coming to Los Gatos
By The Peninsula Foodist | 4 comments | 4,930 views

Doing more with the natural spaces we have
By Sherry Listgarten | 3 comments | 1,750 views