The Return of the OG Queso dish from Alpa Bhas’s Belmont restaurant, Eats Meet West Bowls was inspired by her time in Georgia. With melty American cheese and milk, jalapeno and cilantro, Panamanian-style salsa and cilantro-garlic chutney, it’s one of nine customizable bowls on her predominantly vegan and vegetarian menu that’s influenced by Indian, Panamanian and U.S. cuisines.

“Everyone comes in for more of the curry flavors, but then they realize there’s a lot more to it,” the Redwood City resident says. 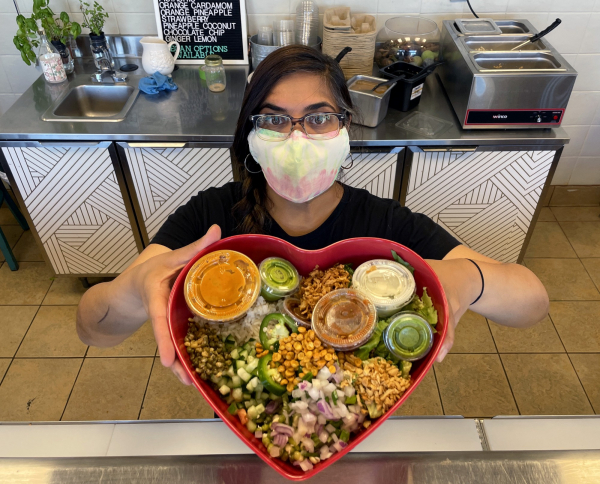 “I wanted to do something on my own, and be owned by me — 100%.” Eats Meets West Bowls owner Alpa Bhas opened her restaurant in Belmont in October of 2019. (Photo by Sara Hayden)

As the restaurant’s founder, owner and cook, it was important to Bhas to have a concept that’s completely hers. The menu is a part of that, reflecting the influences of her journey, starting with her parents’ immigration from Gujarat, India, and the other places she’s lived.

“When (my parents) first immigrated when they were 15, they moved to Panama first. That’s why there’s a lot of Panamanian influences in my food. So it’s not just Indian food,” Bhas says. Inspired by that, Bhas’s dishes have eggplant, olives and salsas.

When it came to determining the curries to include on the menu, Bhas says, “I just looked at India geographically, and divided it into north, middle and south,” and she included ones from different regions.

The dish All About the Makhani builds off a tomato and onion curry, with tamarind and cilantro. You are the Pav to My Bhaji pairs a potato curry with cilantro dressing. The Darling Lia — named after Bhas’s 16-year-old daughter, her right hand person in the business — adds a splash of red pepper and coconut dressing to a lentil curry.

Every customer gets personal attention. “My customers come first,” Bhas says. “And that’s why people keep coming back. Even when someone calls, they talk to a person.” That person on the other end of the line is Bhas. “That has a lot to do with my Southern roots. There’s a little bit of that Southern hospitality that comes through,” she says of her years going to high school and university in Georgia.

“I feel like I’m an eclectic mix. I was born and raised here,” Bhas says. “When people ask me, ‘How is this pronounced?’ I don’t even know if I’m pronouncing it right. I’m like, ‘I don’t know. I’m winging it myself.’” 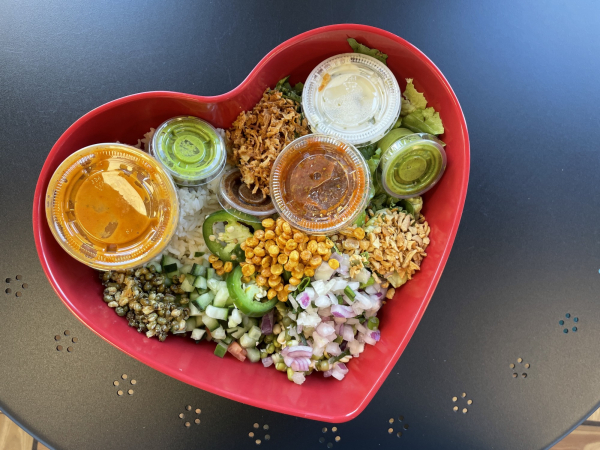 Bhas’s dream to open her restaurant long precedes its 2019 launch. She worked in corporate roles for years, and decided she needed change.

She moved from the corporate world to being a general manager at her in-laws’ inn, which was familiar to her from the “mom and pop” motels that her parents owned as she was growing up. But that didn’t resonate in the long-run either.

“I wanted to do something on my own, and be owned by me — 100%. I was not happy working for somebody else. It wasn’t what I wanted to do. I wanted to have my own place,” Bhas says.

“I kind of wanted to prove to people, ‘You know what? A woman can do this.’ Especially in a culture where it’s really hard. I got very little support. I built it from the ground up myself.” 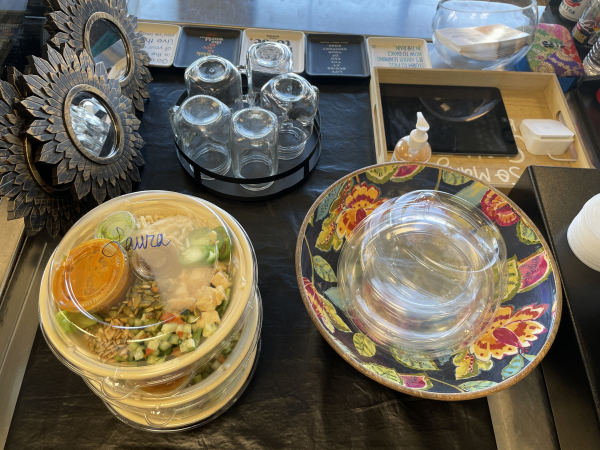 Customers can pick and choose just what they want at Eats Meets West Bowls, particularly vegan and vegetarian-friendly options. (Photo by Sara Hayden)

Bhas started to get experience cooking, first for some of the employees she managed at the inn, and then for tech workers visiting from India. That led to her catering for weddings and corporate events, launching her catering business about four years ago.

From there, Bhas got a brick and mortar location in October of 2019, replacing a Subway store at Gateway Plaza. It was a tough season to start: Pacific Gas and Electric Company was shutting off power to mitigate fire risk, and the restaurant ended up losing a lot of inventory. Then the COVID-19 pandemic came to a head. Bhas had to let go of the employees she’d hired, and entirely rethink her business model.

“The pandemic changed my plans, because I lost my corporate clients and started focusing on the bowls and doing that,” Bhas says.

Despite the challenges, there was an upside: “Honestly, I really think the pandemic was a blessing in disguise, because it kind of made a quick start. You could figure out what was wrong, how to streamline, get more efficient and make things faster.” 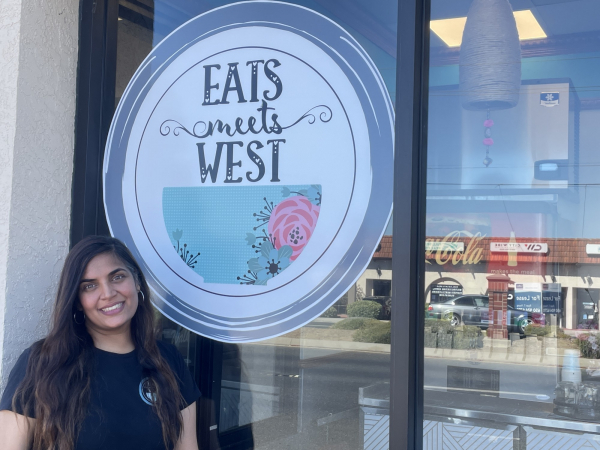 Bhas eventually nailed down a fast-casual concept. Now, the restaurant offers takeout and delivery, as well as some indoor and outdoor seating. There’s a build-your-own-meal model, aiming to give people a wide range of customizable options to choose from according to their health needs and preferences.

“I hate to say we’re like a Chipotle, because we’re so different, but that’s what it is,” Bhas says. “It’s very much a line concept. You pick your flavor, your base, your protein, your veggies and your final crunchy toppings. It’s a five-step process.”

The pandemic turned out to be a blessing for another reason.

“It was a blessing in disguise for the customer support I ended up getting,” Bhas says. “It was amazing to see how these people from Belmont and even San Francisco would help out. I’d say, ‘You came down here just for a salad?’ And they’d say, ‘Yeah.’

Democracy and our police departments
By Diana Diamond | 3 comments | 2,140 views