Uploaded: Sep 23, 2021
"You can just see the history in the walls." Local owner Christian Conte pays homage to his hometown with new restaurant 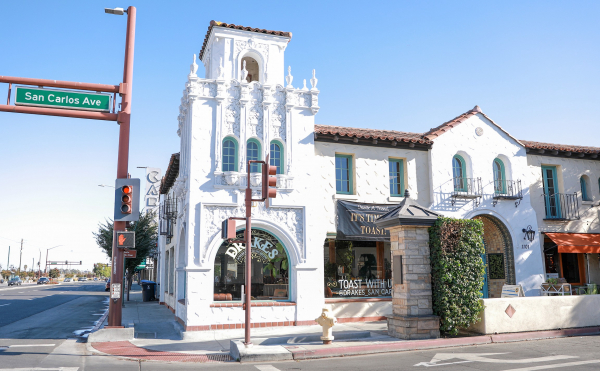 Drake's San Carlos's building was originally built in the 1920s. The architecture retains the influence of the Spanish Colonial style that was popular at the time. The restaurant's name is a nod to Frederick Drake, who developed infrastructure in the area. (Photo courtesy of Haley Morgan Photography)

"It's honestly surreal [to open, especially in this historical building. You drive past it growing up your whole life. Now it's my home," Conte says. "I'm so happy to share with everybody and share the love we have for the city."

Conte has worked in the local restaurant industry for years. As a student, he started bussing tables and then worked as a host, server, barback, bartender, shift leader, manager and general manager.

"First, it was an after school job, after baseball and football," Conte says. "Then I thought, 'Wow. I could do this for a living.'" 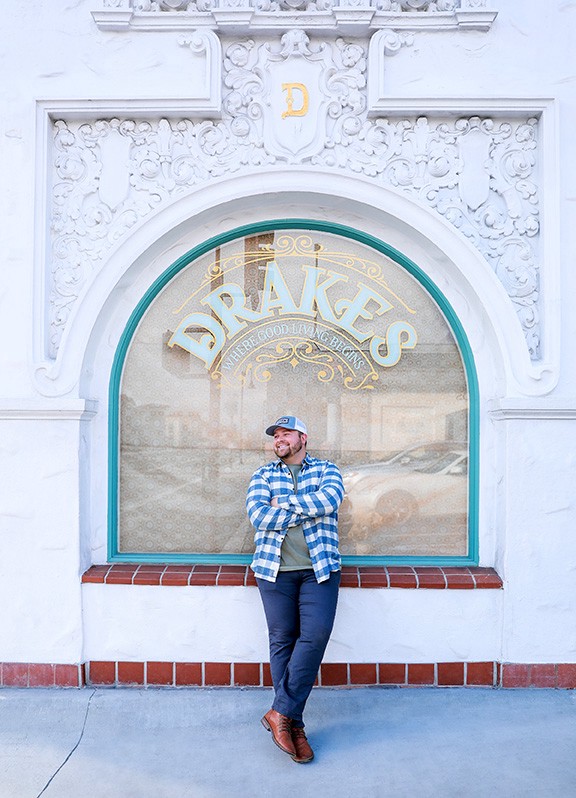 Christian Conte has worked in San Carlos restaurants since he was a teen. Now, he has his own with Drake's San Carlos. (Photo courtesy of Haley Morgan Photography)

Drake's San Carlos is more than a year in the making for Conte, since the opportunity arose to open a dining establishment at 1101 San Carlos Avenue, which previously housed an AT&T store. But its history far precedes that. That's something that Conte wants to pay homage to.

"You can just see the history in the walls," Conte says. "To keep it all historical is one of my goals."

The building was developed almost a century ago, when developer Frederick Drake was rising to prominence. The restaurant's name is a nod to him. Although Frederick Drake was dubbed the "father of San Carlos," he was certainly not the first to make the area home. It had been home to Ohlone peoples for generations, before the arrival of Spanish missionaries, colonization and multiple attempts to incorporate a city.

In 1917, Drake was deeded 100 acres of foreclosed real estate from the Mercantile Trust and took over the San Carlos Park Syndicate. Drake developed reservoir, road, sanitary, gas, electricity, school, housing and commercial projects. He developed the space at the El Camino Real-San Carlos Avenue intersection where the restaurant bearing his name sits. The arches along the avenue are engraved with the letter "D," bearing Drake's initial. 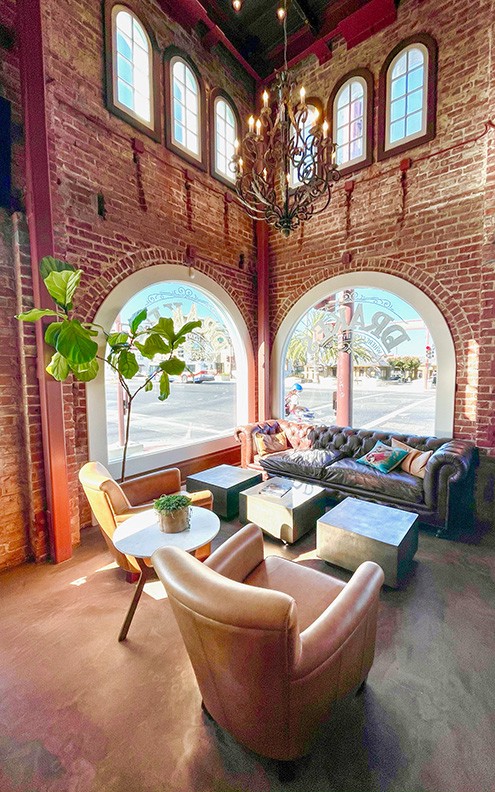 "You can just see the history in the walls," Drake's San Carlos founder Christian Conte says. "To keep it all historical is one of my goals." (Photo courtesy of Haley Morgan Photography)

The architecture reflects the Spanish colonial style that was popular at that time. The building of Drake's San Carlos still has those influences today, with sweeping arches and curved wrought iron details.

While the exterior at Drake's San Carlos is painted in fresh white and there are pops of blue and teal in the tile work, Conte's team is keeping the original interior red brick exposed. They'll also be keeping the holes on the El Camino Real-side wall, where there used to be joists for a second story.

"The whole inside decor was based on the outside beauty of San Carlos," Conte says. "I'm super excited to get back in here and make it efficient and make it a top-tier restaurant."

Amid a labor shortage, it was a challenge to find staff to join the team.

"We brought it down to the barebones," Conte says. "Luckily, we have a lot of friends and family who are in the trade and wanted to be a part of it, and blessed us with the right skills to get us going." 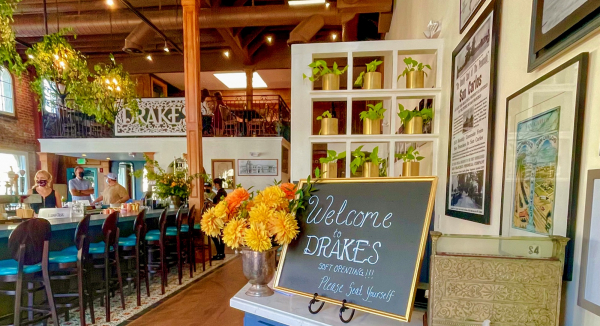 Christian Conte’s restaurant, Drake’s San Carlos, has a menu that’s big on breakfast: "I'm trying to capitalize and give the city what it needs in my opinion." (Photo courtesy of Haley Morgan Photography)

On the menu are offerings for all day, with a big focus on breakfast and brunch. There are house-made sauces, corned beef hash, eggs Benedict, omelettes, scrambles, chilaquiles, breakfast sandwiches, burritos and more. One of Conte's favorite dishes is the brunch burger, featuring Wagyu beef, bacon, garlic aioli, arugula and gouda on a brioche bun: "I can say, by far, it's one of the best burgers I've had."

The team plans to refresh the Drake's San Carlos menu seasonally, with a dinner menu influenced by different cuisines, incorporating "a mix of everything."

Since opening, the team has been experimenting with what works and what doesn't. Conte looks forward to evolving. 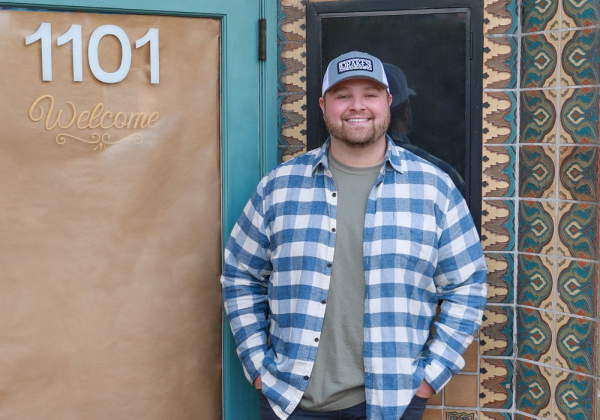 "I'm excited to finally take the paper off the windows. I'm excited for what the future holds. Hopefully we can put the pandemic in the past, be safe and bring smiles to people's faces," Conte says. "It's been such a fun experience. We've learned so much, and are so excited to show everybody the fruits of our labor."

How we eat away at our open space, even in Palo Alto
By Sherry Listgarten | 5 comments | 6,567 views