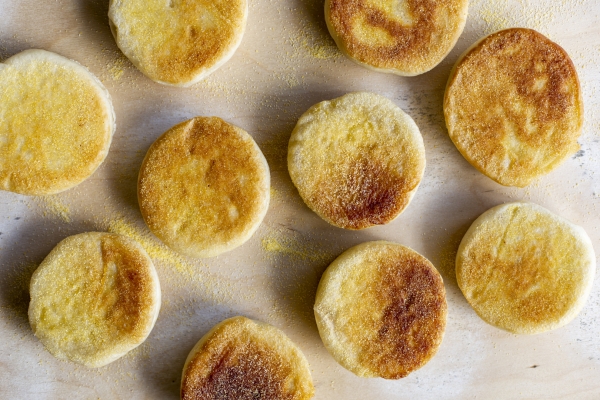 During the coronavirus shutdown, when Frank Shanahan wasn't working or taking care of his two young children, he was baking.

He dove into sourdough bread (and was also making chocolate from scratch) but ultimately became stuck on perfecting the English muffin. Last weekend, he launched Skillet Bakery, a cottage food business selling sourdough English muffins in Redwood City and at the San Carlos Farmers Market.

"I didn't necessarily intend to become a baker but I at least am currently diving into the profession," he said.

Shanahan studied marine engineering at the California State University Maritime Academy in Vallejo and went on to a career in the shipping industry, selling HVAC systems and engines. He later went to Santa Clara University for a master in business administration degree and dreamed of starting his own business, before the births of his children and the coronavirus threw a wrench in that.

During the pandemic, he started cooking for a low-income community in Redwood City, and explored baking more. English muffins in particular engaged him as he repeatedly tweaked his recipe to yield soft, buttery creations with the "nooks and crannies that are quintessential to an English muffin," he said. Key to this was finding the right blend of artisan flours from Central Milling in Petaluma, including high-protein flours and one that's malted. 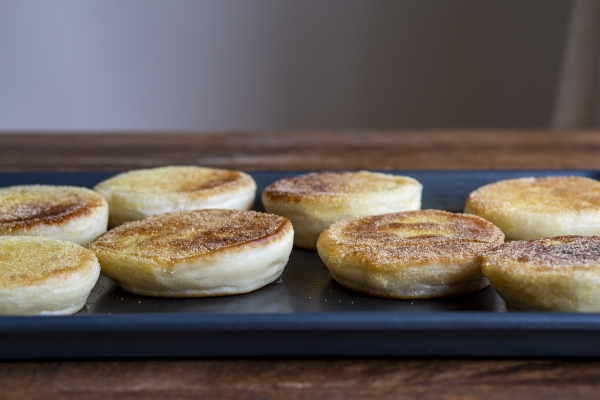 Shanahan said his English muffins have an intense sourdough flavor and are more dense than commercially produced versions at the grocery store. He lets the dough ferment over 24 to 48 hours, proofs it and then bakes the muffins on a skillet or griddle on the stovetop with avocado oil and butter.

"Then you cool it, fork it open, pop in the toaster and enjoy," he said.

You can find Shanahan at the San Carlos Farmers Market every other week (Sundays from 9 a.m. to 1 p.m.) or preorder to pick up in Redwood City on Thursdays and Fridays between noon and 6 p.m. For more information and to order, go to skilletbakeryrwc.com.


YUM! I'm coming for those muffins!

Report Objectionable Content
Posted by Joy Chase, a resident of another community,
on Apr 6, 2021 at 11:35 am
Joy Chase is a registered user.

I Was At The Stanford Shooting. Let’s Do Better Next Time
By Laura Stec | 2 comments | 3,077 views

Some of the best jobs around
By Sherry Listgarten | 4 comments | 2,418 views

People and Relationships Never Stop Being a Work in Progress
By Chandrama Anderson | 1 comment | 1,309 views