Uploaded: Oct 5, 2020
Zareen's, one of the Peninsula's most popular Pakistani-Indian restaurants, has opened a new location at 2039 Broadway St. in downtown Redwood City.

This is owner Zareen Khan's third restaurant, joining the original location in Mountain View and second outpost in Palo Alto. 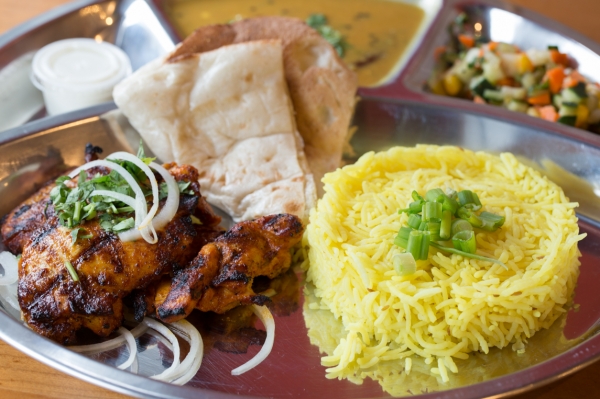 The Redwood City Zareen's is open only in the evenings for takeout and delivery for now but will ramp up to full hours and both indoor and outdoor dining starting on Friday, Oct. 16.
(In San Mateo County, restaurants are now allowed to open their dining rooms at 25% capacity or with 100 people, whichever is fewer.)

The menu is the same as the other Zareen's locations, with samosas, chicken tikka masala, garlic naan made to order in a clay oven, paratha wraps and other Pakistani and Indian fare. Khan said she may add more tandoori dishes later in the year.

During the coronavirus shutdown, Zareen's also started selling frozen foods, including naan, samosas, biryani and chicken shami (patties made from slow-cooked chicken and lentils plus egg and herbs). 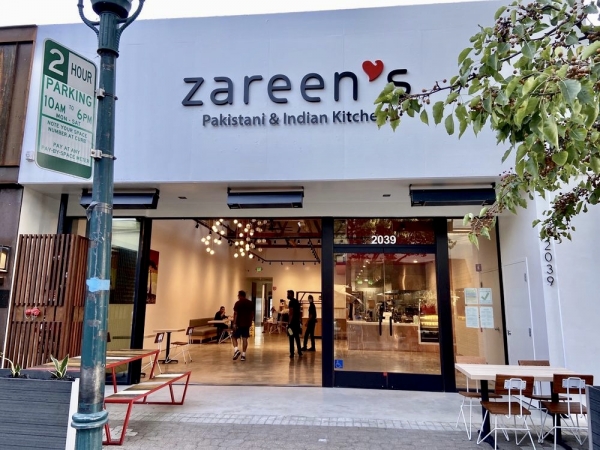 The new Zareen's in downtown Redwood City will soon open for both indoor and outdoor dining. Photo via Yelp.

Khan said she was nervous to open a new restaurant in a new city during a pandemic but received an "outpouring of support" in the first few days of soft opening.

"I am grateful and humbled at the way Redwood City residents have welcomed me to their community," she said. "I think we will be fine here."

She said her restaurants were noticeably busy after Zareen's was named to the San Francisco Chronicle's annual Best 87 Restaurants list (previously known as the "Top 100" list) last month, one of only a handful of Peninsula eateries to earn the distinction.

Khan, a restaurant owner with a penchant for social justice and activism, is celebrating the restaurant opening by making a $12,000 charitable donation. She's asking customers to rank their three favorite charities out of seven organizations the restaurant regularly supports, including Doctors Without Borders, the ACLU and National Alliance on Mental Illness (NAMI). The three charities that receive the most votes will each receive a $4,000 donation. Khan will announce them on Oct. 16.

A fond farewell from the Peninsula Foodist
By paloaltoonline.com | 7 comments | 2,944 views

Palo Alto has an escalating transparency problem -- the police have shut their doors
By Diana Diamond | 6 comments | 1,363 views