Uploaded: Sep 8, 2020
Proposition Chicken, a popular fast-casual chicken eatery in San Francisco and Oakland, has no physical presence on the Peninsula. But thanks to an unlikely partnership born of COVID-19, the restaurant is now delivering its food locally.

Through a new startup called Local Food Group, Proposition Chicken ingredients are prepped in San Francisco, then picked up and brought to the 20-year-old Shiok Singapore Kitchen in downtown Menlo Park where kitchen staff cook the dishes to order. The food is available for pickup at Shiok or delivery via third party apps like DoorDash and Uber Eats. This allows Proposition Chicken to expand to a new area without the costly overhead of opening a brick-and-mortar restaurant, while Shiok gets a small percentage of the orders. 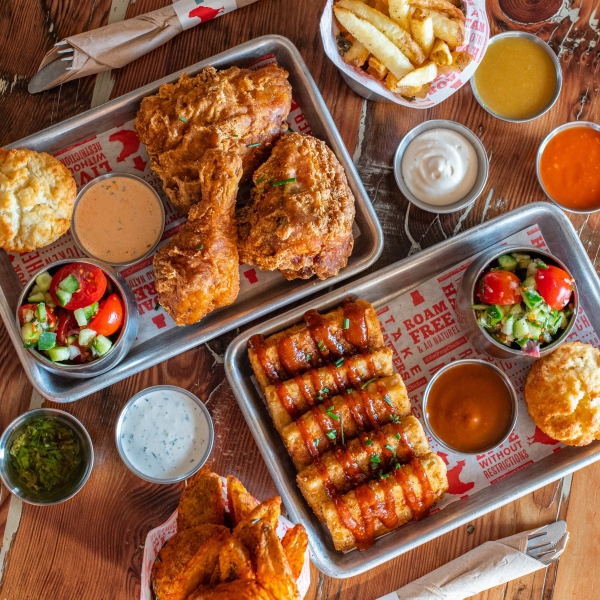 Ari Feingold, owner of Proposition Chicken, said he's long wanted to open a location in the South Bay but after the pandemic hit, started digging into alternative ways to grow his business, including through delivery-only concepts. He eventually decided to work with Local Food Group, which he thought was "in the best position to help us get the food out there in the exact way it would be if you ordered it at the restaurant," including being willing to pick up the prepared ingredients daily.

"We do want to get down to the South Bay and build an actual restaurant there but right now, especially in our industry, it's super important to be creative and figure out new ways to grow and new ways to do things during this time," Feingold said.

Dennis Lim, the owner of Shiok at 1127 Chestnut St., said the partnership is still new — it started a few weeks ago — but the Proposition Chicken orders have been keeping his staff busy, while Shiok's business is still down 50%.

"I'm hoping they make enough for me to keep my guys employed," Lim said. "Maybe chicken sandwiches have more mass appeal than my Singaporean food." 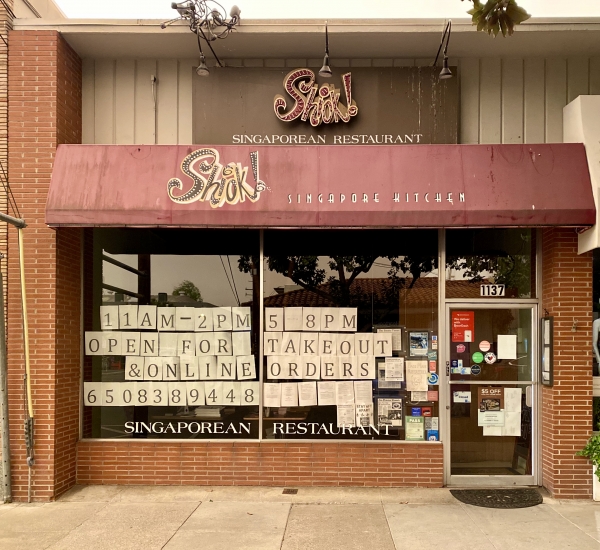 Jon Goldsmith, CEO and founder of Local Food Group, declined an interview request. The company's website consists of a single landing page that reads: "We're building the restaurant group of the future. Are you a restaurant owner in the SF Bay Area looking to grow delivery sales?" According to LinkedIn, Local Food Group's chief operating officer and co-founder is Andrew Munday, the director of operations on DoorDash's founding team.

The group appears to be pursuing a new coronavirus-era model: connecting restaurants interested in launching in delivery-only concepts with ones that, desperate for additional revenue, are willing to share their workforce for a cut.

This is distinct from the growing trend of ghost kitchens, or spaces that restaurants use only to prepare and deliver food, with no service component. Virtual Kitchen Co and DoorDash also operate shared ghost kitchens on the Peninsula. Blocks away from Shiok, Left Bank Brasserie in Menlo Park is now operating two "virtual" eateries from its kitchen: a mac and cheese concept and kebabery, available for delivery and pickup only.

Lim declined to say how much he receives from the Proposition Chicken orders but said he was eager to try out a new model that could bring in any amount of money. Despite a cohort of loyal customers in Menlo Park, Lim said he's struggling to keep his Singaporean restaurant afloat. He said he's trying to negotiate rent relief with his landlord and is looking for any solution to survive.

"I'm getting to the point where I might have to close, so I'm trying everything just to stay in business," Lim said.

For Feingold, opening a delivery-only version of Proposition Chicken might not have been in the cards before the pandemic. Even during the shutdown, his restaurants have fared reasonably well, given pickup and takeout was always a big part of their business. But he, too, has been looking for creative ways to survive.

"I'm not sure I would have jumped into this ghost world, for lack of a better phrase, if it wasn't for some of the complications that have come though this pandemic," he said.

Proposition Chicken's menu revolves around chicken, which comes fried, flipped (rotisserie) or fake (actually barbecue tofu) on a salad, sandwich or as an entree. All the marinades, sauces, hand-cut fries and buttermilk biscuits are made from scratch. Feingold said his biggest concern about getting into the delivery-only world was that the quality of the food could suffer. They spent months taste testing until he was satisfied that a customer getting a fried chicken sandwich delivered in Menlo Park will have the exact same experience as someone getting takeout from the restaurants in San Francisco or Oakland.

"The food is cooked fresh. It's exactly the same as Proposition Chicken," Feingold said. "Because if it wasn't, I wouldn't do it."

Feingold said they're looking to offer delivery soon through restaurants with extra capacity in Sunnyvale and San Jose, with "many more locations in the pipeline."

Twentse is a registered user.


I love eating at Shiok. Can't they put their tables in front of their restaurant and maybe in front of neighboring businesses, if those are okay with that, and work that way? Several other restaurants are operating that way too.

How we eat away at our open space, even in Palo Alto
By Sherry Listgarten | 5 comments | 6,597 views

From cioppino and whole crab to crab pot pie, here’s where you can get your Dungeness crab fix in the 650
By The Peninsula Foodist | 6 comments | 4,772 views