Uploaded: Aug 18, 2020
Jose Navarro, the owner of La Casita Chilanga in Redwood City, has opened a new restaurant inspired by Mexico City fare cooked by the women of his family.

Navarro said the new restaurant was inspired in part by his mother-in-law, who would often prepare extensive meals for him and his wife when they came home from working at the restaurant. She's now regularly making dishes at La Cocina de la Abuela. He's also drawing on recipes from his grandmother and mother, who owned restaurants in Mexico City. 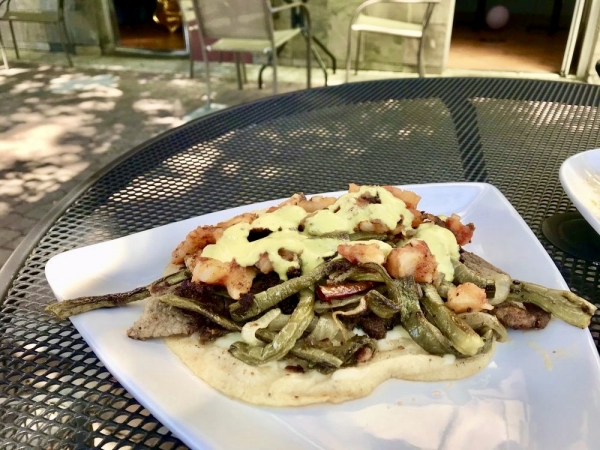 There's also cochinita pibil, the Yucatan-style pork that Navarro marinates overnight with achiote and other spices and cooks in in banana leaves until it's so tender "you don't have to use utensils to cut it," Navarro said. He uses his mother's recipe, which she honed while living in Yucatan, he said. You can get cochinita pibil on tacos, topped with pickled red onions and habanero, or as a plate with rice, beans, pico de gallo and choriqueso (chorizo with melted cheese) or cactus salad.

The menu also includes other kinds of tacos, gorditas, aguachile, ceviche and guisados.

Navarro said everything is made fresh to order, including the corn tortillas.

He took over the Arguello Street space in December and said it was challenging to keep his other restaurants afloat while paying rent on an empty space. He's excited to be open but said downtown Redwood City is still quiet, with offices closed and fewer people going out to eat.

"But I hope it gets better," he said. "That's why I'm here and my mom-in-law, working together."

Wonders of the water: Meet the tide pool whisperer of the San Mateo coastline

Dive into the aquatic oddities, coastal creatures and other rapidly-disappearing denizens of the Peninsula shores.

Are our recycling bins too big?
By Sherry Listgarten | 10 comments | 2,323 views

I am Voting Yes on Measure RR to Provide Caltrain a Dedicated Revenue Source
By Steve Levy | 5 comments | 1,407 views

Nov. 3 -- a critical election that will determine our future
By Diana Diamond | 6 comments | 761 views