Uploaded: Aug 5, 2020
UPDATE: After an "overwhelming response" from customers who wanted MacArthur Park to stay open, the restaurant has reopened for takeout only.

This Saturday, Aug. 8, will be MacArthur Park's last day of service until 2021.

The owners of MacArthur Park, which has occupied a historic, 11,000-square-foot building on the edge of downtown Palo Alto for nearly 40 years, have decided to close the restaurant temporarily. 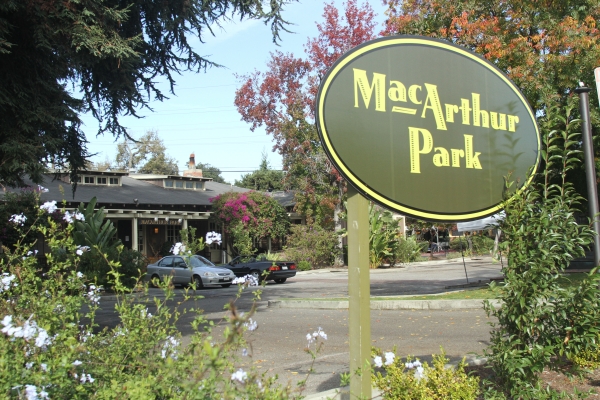 The longtime MacArthur Park at 27 University Ave. in Palo Alto. Photo taken in 2012 by Veronica Weber.

"The safety of our staff and patrons has always been an utmost concern. Combined with the challenging economics, we decided it best to pause our operations till [sic next year," spokesperson Michael Davis wrote in an email.

In making the decision, he said "safety and health concerns came first" and that the recent resurgence of COVID-19 cases was also "troubling."

MacArthur Park opened in 1981 at 27 University Ave., next to the Palo Alto Caltrain station. The building was designed by renowned architect Julia Morgan in 1918 and originally served as a recreation facility for troops training at Camp Fremont in Menlo Park during World War I, according to the restaurant's website. It became a community center and later faced possible demolition before the building was renovated and MacArthur Park took over the lease. 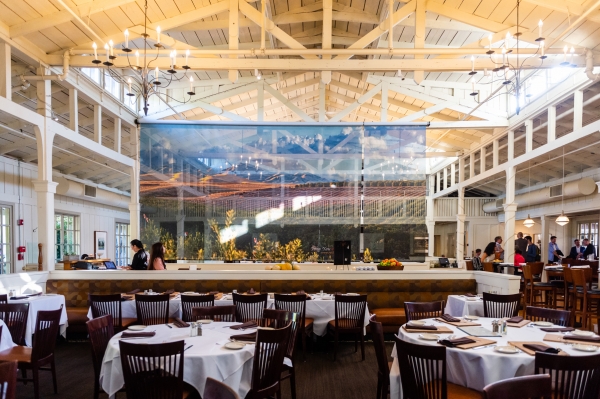 A pre-pandemic view from MacArthur Park's upstairs mezzanine, which has been closed since March under local public health restrictions. Photo courtesy MacArthur Park.

After offering takeout and delivery for several months, the restaurant reopened for outdoor dining in July, taking advantage of an outdoor patio. An announcement at the time noted the restaurant had put in place a "rigorous cleaning regimen" and had "a table spacing formation that will make our patrons feel safe and welcome."

But without MacArthur Park's large indoor dining room and mezzanine as a draw, coupled with the loss of special events, the economics proved difficult, Davis said.

"We also were a restaurant (whose) ambience was such a core part of our success," he said. "It felt as though it was an uphill battle."

Ghostwood Beer Co. is closing its Redwood City taproom permanently at the end of August, writing in an Instagram post that "with the uncertainty surrounding the future we simply can't afford to keep losing $15,000-$20,000 per month with no end in sight." After the taproom closes, people will be able to pick up beer to go from Ghostwood's brewery on Bayshore Road.

Alana's Cafe in Redwood City, located in a restored 1874 Victorian house on Main Street in Redwood City, reopened for a month and then closed because "there were not enough customers that felt comfortable coming back yet," the restaurant's website reads.

Red Berry Coffee Bar in downtown Los Altos will close on Aug. 23, according to an Instagram post. "We are sad to say that the impact of the COVID-19 pandemic has forced us to cease operations," the post reads.

Stacey is a registered user.


MacArthur Park is open for take-out. My family and I just had another GREAT meal from there. They are closed for in-restaurant dining.

How Much Time do You Spend Outdoors?
By Chandrama Anderson | 0 comments | 1,742 views