Uploaded: Jul 27, 2020
Sweet Orchid, a Fremont gelato and pastry shop, is now scooping dozens of flavors of gelato from a new location in Menlo Park.

Sweet Orchid opened on Saturday, July 25, at 403 El Camino Real, according to a Facebook post. The space was last the longtime home of Yogurt Stop, which closed in 2018 after more than 30 years of business. 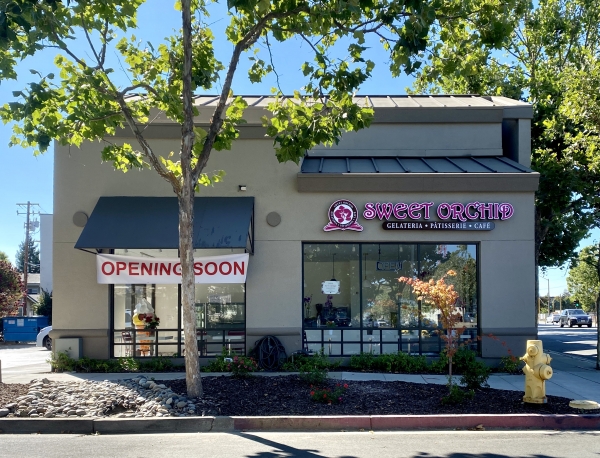 According to the website, the original owner, Leslie Wong, opened the Fremont shop in 2009, inspired by gelato she had tried in Rome, Italy. She holds a bachelor's degree in dietetics and a master's degree in food science and nutrition, according to the Sweet Orchid website, and took gelato-making classes and started making her own flavors at home before opening Sweet Orchid.

When Wong retired four years ago, her niece, Kelvina Chan, a longtime Menlo Park resident, took over the business. When the opportunity came up, she jumped at the chance to open a second location in her own community.

Sweet Orchid serves more than 60 flavors of gelato that change daily, from almond and lavender to durian, lychee and chocolate-cayenne. There are also gelato buns (a scoop of gelato inside a flat, warm bun), gelato sandwiches, gelato cakes and gelato milkshakes.


Maybe it isn't open on Sundays? They may not get enough traffic yet if people aren't aware of it, so I am glad you called attention to it with your article, since it is not visible driving south on El Camino.


Re above comment: As far as I know, the entrance is from the parking lot in the rear.

Report Objectionable Content
+   1 person likes this
Posted by Elena Kadvany, a resident of another community,
on Jul 29, 2020 at 7:46 am
Elena Kadvany is a registered user.


Ranch Gal: The Fremont location is closed on Mondays, so Menlo Park could have the same hours of operation. You could try calling before you go next time: 650-391-9239.

Sutter and PAMF — protect your patients from coronavirus — not just your employees
By Diana Diamond | 42 comments | 3,898 views

Rozmary Kitchen's weekly sandwich pop-ups return to The Midwife and the Baker
By The Peninsula Foodist | 1 comment | 3,810 views

What can you do with your EV battery?
By Sherry Listgarten | 7 comments | 2,863 views