﻿ A tea house, a speakeasy, a beloved restaurant: The Van's in Belmont has closed for good | Peninsula Foodist | Elena Kadvany | Palo Alto Online |

A tea house, a speakeasy, a beloved restaurant: The Van's in Belmont has closed for good

Uploaded: May 22, 2020
The Van's Restaurant On the Hill in Belmont, a local institution that was originally built in 1915, has permanently closed after decades of serving throwback fare from its perch above the Peninsula.

Owner Loring De Martini, who took over the restaurant in 1973, shuttered The Van's on March 14, just before the Bay Area's first shelter-in-place order took effect. He had already been mulling retirement for two years and couldn't imagine a viable future for the longtime restaurant during the shutdown, nor navigating the uncertainty of reopening with restrictions.

"I don't want to face that, not after 47 years," he said. "I couldn't stay and make a profit doing 50% of the business I did in January. It's too tough a business to operate off the skin of your teeth." 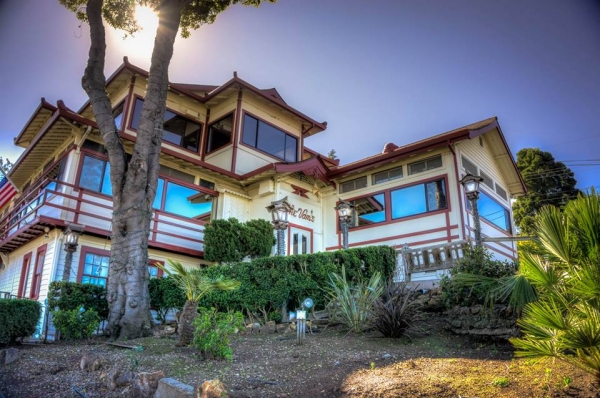 The Van's in Belmont was a local institution. Photo courtesy The Van's.

De Martini had originally thought he'd retire after 50 years at The Van's, but two "near-death" experiences — first, when he recently survived stage four cancer and then in March when he tested positive for the coronavirus — made him reevaluate.

He's in the process of selling the property, which he said will become condos.

De Martini was 23 years old when he took over the restaurant. He recalled vividly the first time he ever ate there: He was a senior at Mills High School senior on a dinner date before prom.

"I thought, 'Man, this is cute.' It was not fancy in any way. But it was so charming. The building has just a charm to it that I love," he said.

What was originally a 450-square-foot Japanese tea house has a storied history. It was built in 1915 as part of the Japanese Exhibition at the Panama-Pacific International Exposition, a world's fair held in San Francisco to celebrate the opening of the Panama Canal, according to the restaurant website. When the exposition ended, everything was disassembled except for the tea house and the Palace of Fine Arts, which remains in San Francisco. 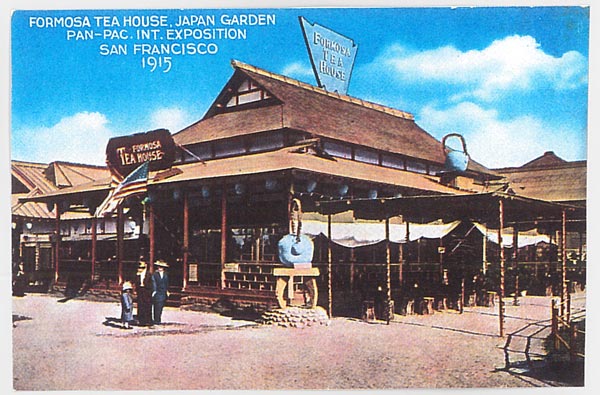 E.D. Swift, a local land baron, bought the tea house in 1915 and used a barge to transport it on the Bay to Belmont, where his two daughters used it as a private residence, according to the restaurant. In 1921, horses and mules reportedly pulled the house up a dirt trail to its present location.

During Prohibition, under new ownership, the house was known as a speakeasy, rumored to have gambling on the first floor. People reportedly used a trolley that ran from San Francisco to Redwood City to get to what was then called Elsie's.

When Prohibition was repealed Elsie's became a legalized saloon, then was sold and became an Italian restaurant called Gevan's, which was later shortened to The Van's. 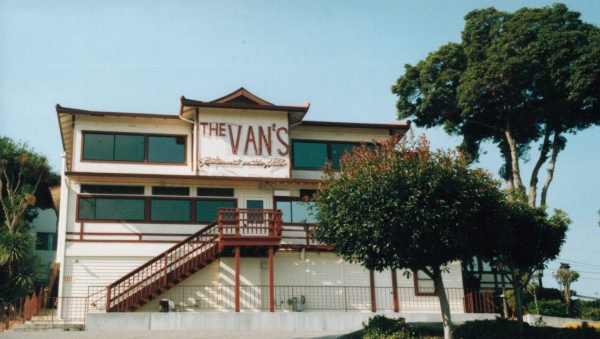 De Martini built up the property over the years to an almost 6,000-square-foot restaurant that still served dishes like chicken livers, escargot and bone-in prime rib (and had TV screens installed above urinals in the men's bathroom so customers wouldn't miss critical sports moments).

While The Van's site will not endure as a restaurant, De Martini hopes that the future development will have some elements that give a nod to the property's history. He'd like the footprint of the original tea house to become a common area with a plaque explaining its legacy, and that the address be changed from 815 Belmont Ave. to 1915 PPIE Drive (for the Pan Pacific International Exposition).

"I'd love to have the developers call the building the Pan Pacific building to let my legacy and my love for this whole place live on," De Martini said.

He said the decision to close was bittersweet. He's sad about bringing an end to a unique establishment with loyal, longtime customers but said he's looking forward to spending time with family that he never had as a lifelong restaurant owner. (He said the only time off he's taken in the last 47 years was three days, which he used to get married.)

"The last three or four years have been better than they ever have, ever," DeMartini said of business at The Van's, "but the thing is, I fear for all restaurants moving forward. I don't know how it's going to happen, how things can be OK for restaurants.

"The future is scary," he added.

That is a shame. Van's is a great place. Every experience we have had at Van's has been consistently above average. Sorry to hear about it closing. A real loss.


"fear for all restaurants moving forward." YES! Who are these people who order to go from restaurants on a regular basis? Are they enough to keep this new business model afloat. I hope so. But I'm dubious. Having a to-go make-it-myself cocktail is not at all the same as having a skilled bartender taking care of me. Can't wait until that is a thing again.
But until then, sorry, I'm cooking and drinking at home.


Awww, sad to hear. I've never been there, but always wanted to go. And I always thought it was going to be there forever.


I had hoped that the Vans had been deemed a historic building which would hopefully save it from being razed..this does not seem to be the case..what is it about history..it seems to mean nothing..so very sad

Report Objectionable Content
+   11 people like this
Posted by Downtowner, a resident of Menlo Park: Central Menlo Park,
on May 26, 2020 at 1:00 pm


Goodbye to an institution!

The blogger's term "throwback fare" is disrespectful to Van's and to those of us who like classic cocktails, perfectly roasted prime beef rib, steaks, generous servings of well-prepared vegetables & crisp salads. I'd call it classic or traditional. 4 generations of my family have dined there together often for holiday dinners when not every diner wants Thanksgiving turkey or Easter ham & no one wants to clean the kitchen after the feast.

I hope Mr. DeMartini enjoys his retirement & I hope Ms Kadvany learns to appreciate foods other than the latest fad or import.


Report Objectionable Content
+   7 people like this
Posted by Common sense, a resident of Mountain View,
on May 26, 2020 at 3:50 pm
Common sense is a registered user.


I reacted to the same points "downtowner" did.

The three menu items cited were of different US restaurant eras. Prime Rib might be a little less common now than in the 20th century, but still sells in steakhouses. Escargot were part of the mid-century conventional worship of French cooking (and often were badly prepared), they faded from menus around the 1980s. They were common in the same kinds of big-city "fancy" restaurants that offered tournedos Rossini (and hung photos of celebrity customers in the entryway: Ava Gardner, Robert Goulet). Chicken livers as a savory tidbit are from an earlier tradition, I scarcely saw them in any US restaurants at all by the late 20th century.

What's truly remarkable is that The Van's was still offering all three!

Report Objectionable Content
+   4 people like this
Posted by Frederick Gunning , a resident of Greenmeadow,
on Jun 4, 2020 at 12:33 pm


I proposed to my wife in 1978 there. Sitting on the bench over looking the bay. Our favorite restaurant on the peninsula. I'm so sad. Can someone buy it and continue the history ?

Report Objectionable Content
+   5 people like this
Posted by Cathy Widener, a resident of another community,
on Jun 12, 2020 at 12:43 pm


so sad. I probably went to The Vans 10 times a year and will really miss it.

12 can't-miss items at Eataly Silicon Valley, according to an Italian food expert
By The Peninsula Foodist | 0 comments | 2,488 views