View all posts from Diana Diamond

Uploaded: Apr 27, 2020
I once had the privilege of working for Donald Kennedy. It was shortly after he became president of Stanford in 1980, and I had just started working in the Office of Public Affairs. He came in one day to talk to the Public Affairs VP, saying he needed some help on a newly emerging campus problem: the South Africa divestment issue.

The VP recommended me. Don came into my little office saying, “Can I ask a favor of you? Can you help me work with the students, the faculty, and, most important, the Stanford Board of Trustees on the campus conflicts over having the university divest itself of all holdings in South Africa until the apartheid issue is resolved.”

I smiled, told him I’d be very pleased to, and he went back to his office. I panicked. Where is South Africa and what’s happening there? The perspiration drops rolled down my face. 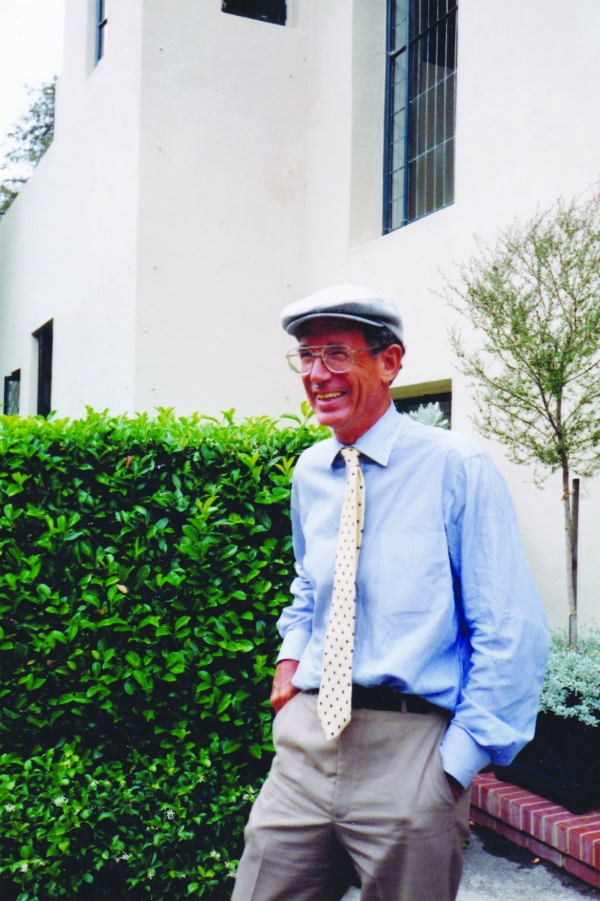 The students were rallying, clamoring to divest; the faculty was divided, and each side was most articulate about its position. The Board of Trustees was horrified at the notion of divestment– they had a “fiduciary responsibility” to keep the university’s investments solid, and a lot of revenue was gained from those companies involved in South Africa. In other words: No, no, no to divestment.

Luckily, the president and I felt the same about this issue – divestment was an appropriate thing to do because of the apartheid situation in South Africa – it was a moral issue of black segregation. Don suggested we put out a factual booklet on the pros and cons of divestment, and deliver it to all students. I had been working previously for the SJ Mercury, so this was a fairly easy task: a 16-page publication.

The result: the students rioted again! -- claiming the booklet was a set-up and only talked about not divesting. Absolutely not true, since it was pro and con. But they clamored.

Eventually (like two years later) the university divested, much to Don’s relief. I had attended some meetings back East with other colleges facing the same dilemma, and when a few did divest, Stanford trustees explored the matter more seriously and decided maybe their school also, could divest for moral reasons.

He got the board to agree that the university could have a financial influence in thinking in moral not only monetary terms. That was the kind of man Don was.

I have many other wonderful reflections of working for this brilliant and charismatic man, whom the students loved.

Born in New York City, Don went to Harvard where he earned with B.A., M.A. and Ph.D. in biology. In 1977, he headed the FDA, recruited by Joseph A. Califano, Jr., secretary of health, education and welfare. He returned to Stanford as provost, and in 1980 became president for the next 11 years. He always smiled when he talked about Derek Bok, president of Harvard at the time, saying how ironic it was that Bok, who went to Stanford, should become Harvard’s president and he became Stanford’s president. When Don retired as president and as an emeritus professor of neurobiology, he soon became the editor-in-chief of Science magazine.

We oftentimes remember people by how they affected our lives. So I am not writing nabout his bio (NYT ran a six-column obit on 4-24), but rather my contacts with him.

One day on campus, Don saw me and said, “That was a very interesting memo you wrote me, especially points #3 and #4. Please make a half hour appointment so we can discuss how to accomplish what you are suggesting.

I beamed. But alas, I couldn’t remember what I said in #3 and #4. I ran back to my office, and sure enough, those were the two most actionable issues in my memo.

I spent some of my time writing speeches for him. One day he came in about 9:30 a.m. with my draft, shaking his head, saying, “This just doesn’t work at all, Diana. And I have to give the speech tomorrow.”

I asked him what was wrong with it, what he wanted to include, and furiously scribbled it down, then delivered draft 2 to him at 5 p.m. The next morning he came over to my desk and said, “I don’t know how you di it, but this is just fine! Thank you.”

I smiled broadly, and thought, what a wonderful person to work for.

When Don took over as president in 1980, the university was still considered by some, especially Easterners, as “a farm,” an okay university but not particularly dynamic. Don wanted it to be an intellectually renowned university.

As things happen, Bob Beyers, who lived on Santa Rita in Ave.in Palo Alto, was Director of News and Publications at the time, and he shared Don’s view of making the university important. Each day he would send to hundreds of newspaper editors around the country a large packet of Stanford news releases, each talking about a professor’s accomplishment, or new findings in the School of Medicine, or problems confronting the university. Theywere upfront and honest. The newspapers picked up on them, and what was happening at Stanford soon became a regular news story, even on the East Coast. Together, I suggest, Don and Bob changed the image of Stanford as a farm to become “the Harvard of the West Coast.”

I will miss Don, as will many others, and we all, thank him for all he did to make a good university great. Don died of COVID 19 Tuesday, April 21. He was 88.


Thank you for the memories. I also recall that Donald Kennedy used to jog at the Dish at 6 AM and invited others to run with him then. (See picture halfway through article:) Web Link

I never tried it so I don't know how many folks made his acquaintance that way. 6 AM?

Report Objectionable Content
+   8 people like this
Posted by Palo Alto native, a resident of another community,
on Apr 29, 2020 at 10:25 am


If Diamond thinks Donald Kennedy was the president who made Stanford a world-class institution, she needs to go back and do some research into a man named Wallace Sterling. Sheesh. Talk about a lack of historical perspective.


I loved your revealing article. I remember Don and I think you captured his warm personality and friendliness. Thanks, Diana.

Historical perspective is exactly what is needed here. The facts and figures are easily found. Sterling was a wonderful man, president while I was there, and sadly victimized by the student revolts. But Stanford's great leap began with Kennedy's presidency.

Report Objectionable Content
+   1 person likes this
Posted by Mark Weiss, a resident of Downtown North,
on Apr 29, 2020 at 6:27 pm
Mark Weiss is a registered user.


Thank you for sharing this, Diana.
When I was at Dartmouth in the eighties Divestment was still being debated. (I'll have to look it up, but I'm guessing, consistent with your timeline and memory, Harvard divested in the first wave, Stanford followed suit but Dartmouth was slow to follow, as it was with co-education).
I covered Divestment as a writer and editor for the student newspaper, meaning I took seriously enough the small group of people draping banners across the one road into campus, but I did not really feel the situation until I heard Peter Gabriel sing about Steven Biko at the Amnesty Concert a year or two after graduation. By the way, and I'm sorry if this is a digression from your tribute to Dr. Kennedy, a Dartmouth grad who grew up on Stanford campus, Kim Porteus has worked full time in South Africa for more than 20 years. (for the Mandela Foundation).
There's a fair amount of back and forth between Stanford and Dartmouth but over the course of my lifetime I think Stanford has surpassed the Ivies: Harvard is the Stanford of the East.
Also, from your article I just realized that Robby Beyers who I've met around town and is the prolific chronicler in film of the Stanford Band, is the son of the news service director you mention.

Report Objectionable Content
+   4 people like this
Posted by Anon, a resident of Another Palo Alto neighborhood,
on Apr 30, 2020 at 10:53 am


Posted by Wyn Wachhorst, a resident of Atherton,

Prior to Kennedy, Stanford was known primarily at the grad level for certain science and engineering programs, e.g. Chemistry, Physics, EE, CS. During the Kennedy era, the old undergrad legacy/rich-kids-school/gentleman's-C thing gave way to much more of a "meritocracy" orientation. Stanford was not alone in that; it happened at universities all over the country. But, I do think Stanford was more early rather than late, and Kennedy surely played a big role in that.

Report Objectionable Content
+   2 people like this
Posted by West Menlo Mom, a resident of Menlo Park: University Heights,
on Apr 30, 2020 at 2:05 pm
West Menlo Mom is a registered user.


Thanks for the memories about the divestment issue! I was one of the students living in Columbae that was involved in protesting Stanford's investments in South Africa...

A tea house, a speakeasy, a beloved restaurant: The Van's in Belmont has closed for good
By Elena Kadvany | 8 comments | 10,644 views

Why I am suspicious about PA’s budget cuts
By Diana Diamond | 31 comments | 3,094 views

We are testing geoengineering, and that is a good thing
By Sherry Listgarten | 25 comments | 2,519 views