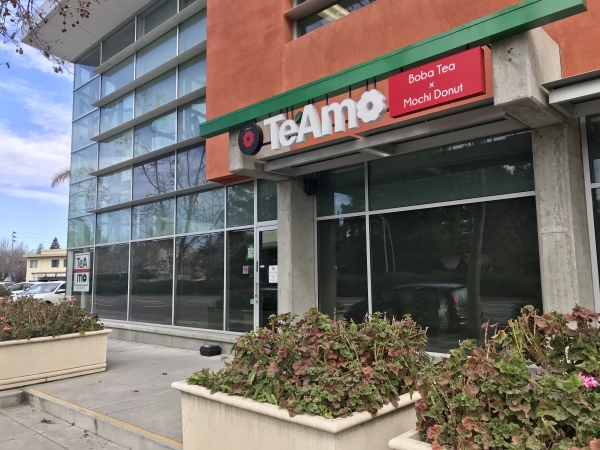 Tea It Up took over the former Cobblery in the small shopping center at the intersection of El Camino Real and Menlo Avenue. The shop serves a range of fruit and milk teas with topping options such as lychee jelly, coconut jelly, egg pudding, strawberry popping boba and aloe vera. As at most boba shops, customers can adjust sweetness and ice levels.

Meanwhile, Te Amo Boba has put up signs at the former Starbucks space on El Camino Real in Palo Alto. If it's similar to a new outpost in Castro Valley, there will be typical boba tea options, smoothies and coffee — plus mochi donuts with glazes in flavors such as strawberry, matcha, chocolate, churro and black sesame. According to Yelp, the donuts are made in house and only available Friday through Sunday (at least in Castro Valley). 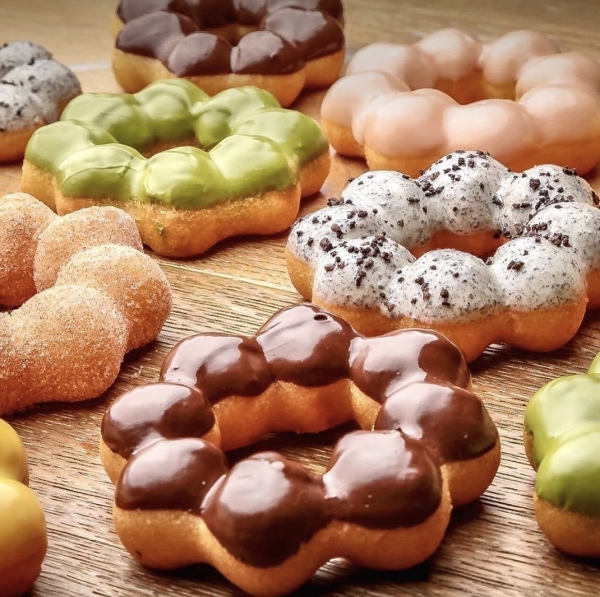 Bakeries like Third Culture Bakery in Berkeley and Mochill in San Francisco have popularized the hybrid, chewy donut. (You might have also seen Third Culture's mochi muffins for sale at local cafes.) Honolulu-based MoDo Hawaii, whose mochi donuts have drawn long lines during pop-ups at San Jose's Mitsuwa's Marketplace, is returning to the Japanese grocery store starting this Friday, March 6, through April 5.

Mochi donuts cost $1 each at the popular bakeries in Hawaii. How much do they cost in California? I'm kind of tired of mainland restaurants copying popular trends from Hawaii and then trying to charge 3 times the price.

Report Objectionable Content
Posted by SJ, a resident of another community,
on Mar 3, 2020 at 11:31 am

A dozen mochi donuts from the MoDo pop-up at Mitsuwa costs $20 (this also happens to be the limit when I bought from them...a dozen per customer). The price for a single or half a dozen will cost more per donut.

Single donuts from Third Culture Bakery sold at boba tea shops run in the neighborhood of $3 each.

I prefer the ones from MoDo to Third Culture- they seem bigger and chewier, whereas Third Culture's seem smaller and denser, and not in a good way.


Report Objectionable Content
Posted by Law Enforcement Endorse Mochi Donuts Too!, a resident of another community,
on Mar 10, 2020 at 9:15 am


quote...Honolulu-based MoDo Hawaii, whose mochi donuts have drawn long lines during pop-ups at San Jose's Mitsuwa's Marketplace, is returning to the Japanese grocery store starting this Friday, March 6, through April 5.

State Street Market plans overhaul of its eateries as it cuts ties with Bon Appétit, triggering layoffs
By The Peninsula Foodist | 11 comments | 3,945 views

Doing more with the natural spaces we have
By Sherry Listgarten | 6 comments | 2,503 views