Uploaded: Nov 12, 2019
Portland, Oregon-based Bamboo Sushi, which has since 2008 laid claim to the title of the "world's first certified sustainable sushi restaurant," is coming to the Peninsula.

Bamboo Sushi will be opening in spring 2020 at Westfield Valley Fair in Santa Clara.

Bamboo Sushi is known for paying close attention to seafood sourcing and maintaining a low carbon footprint. Every piece of fish served at the restaurant group's now-seven locations must meet the Monterey Bay Aquarium's Seafood Watch guidelines, considered the gold standard in the seafood industry. Bamboo Sushi was also certified early on by the Marine Stewardship Council, an international seafood sustainability nonprofit. The restaurant group has reported that it is fully carbon neutral, and that 80% of its seafood is sourced domestically for a lower carbon footprint. 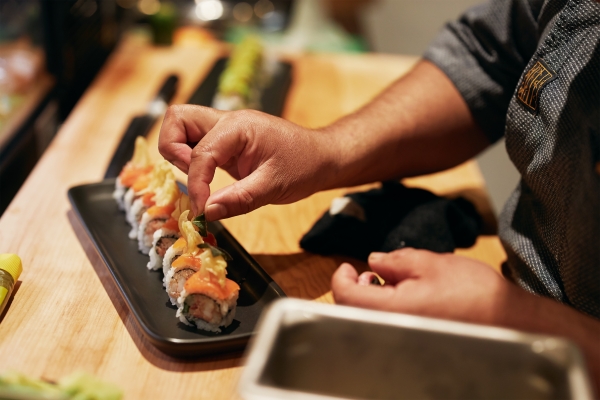 The nigiri section of the menu includes the location and method by which the fish was caught, such as trolled Oregon albacore, pot and trap shrimp from Canada or New Zealand king salmon caught in open net pens. The menu also includes an educational glossary with explanation of terms like bycatch ("the unintentional catch of fish and other marine creatures") and purse-sine ("using a large wall of netting to encircle and catch a specific
school of fish"). 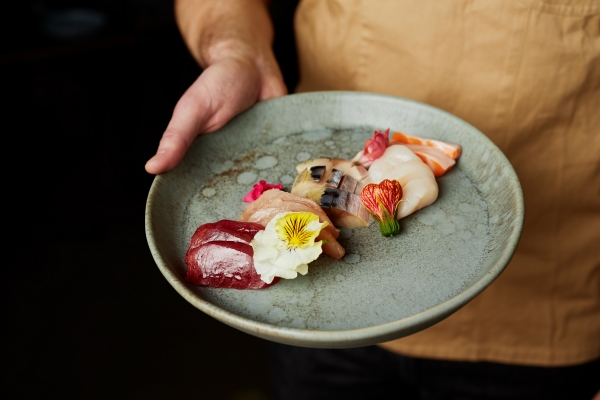 Schisler said they chose to open at Valley Fair because of the shopping center's "large amount of visibility. (Bamboo Sushi will join the ranks of Din Tai Fung, Ramen Nagi, Super Duper Burgers, KoJa Kitchen and other popular eateries at the mall.)

"Westfield Valley Fair, and in particular, this expansion, is such a destination — having that amount of people getting exposed to Bamboo Sushi and our sustainability story on a daily basis is extremely exciting," he wrote in an email.

"When I started the restaurants, the goal was: 'How could I build 1,000 of these?'" CEO Kristofor Lofgren told Food & Wine magazine in a story last fall. "You can't have impact if you don't have scale ... as much as any restaurateur or chef wants to tout themselves as a chain agent, and they can be in their corner of the world."


This is a great concept and my wife will want to try this. As a vegan, I'm hoping their vegan selection is good. I just answered my own question, looked at their Seattle menu and there are a lot of choices for vegans...