Samir Mogannam named his first restaurant, Beit Rima, for the Daly City home he grew up in, in a nod to his parents' home-cooked meals, frequent dinner parties and generous hospitality. "Beit" means home or house in Arabic; Rima is his mother's name.

He's now getting ready to open his third restaurant this winter in Daly City, which he said feels like a homecoming of sorts.

"I've been grinding the past 10 years in San Francisco, building all these skills and experience," he said in an interview from his parents' house in Daly City (the "real beit Rima"). "I'm bringing back everything I've learned to my hometown community." 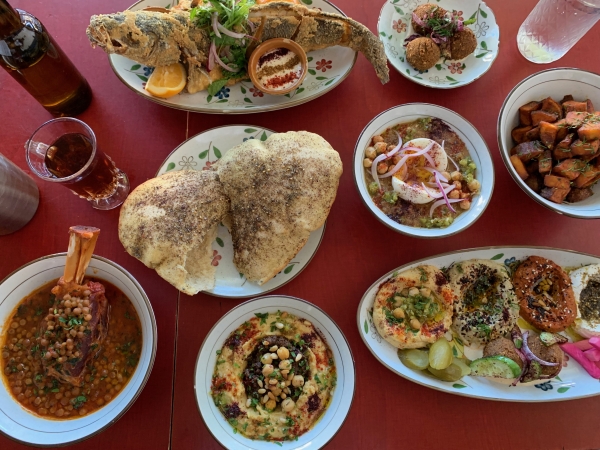 Mogannam is opening Beit Rima No. 3 at the Westlake Shopping Center (507 Westlake Center). He's taking over the last location of Burgermeister, a small burger chain his father, Paul, started 20 years ago. As his father prepared to get out of the business several years ago, Mogannam, an up-and-coming chef in San Francisco, stepped in.

His father eventually let him turn a Burgermeister on Church Street in San Francisco into an Arab restaurant, which opened in February. Mogannam soon took over another Burgermeister in Cole Valley, where the second Beit Rima will open in November. His father continues as a partner in Beit Rima.

Mogannam's father is from Palestine and his mother, Jordan. Mogannam purposefully describes Beit Rima's food as Arabic — not Middle Eastern or Mediterranean. The menu reflects dishes from Jordan, Lebanon, Palestine, Israel, Egypt and Syria. It's not street food, he said, but comfort food.

"Comfort food is more food you'd have at someone's house," Mogannam said. "That's really what we're trying to convey at Beit Rima — the feeling of coming over and having a home-cooked-style meal experience."

The Beit Rima on Church Street does feel like someone's home, with floral wallpaper, string lights, stacks of cookbooks and spice jars sitting on shelves. It's counter service, with no reservations.

The menu is broken into mezze, proteins and "things to dip with." Starters include lebna with za'atar and olive oil, ful (smashed fava bean spread with garlic, lemon and chilies), muhammara, baked halloumi and shakshuka. For mains, there are beef kabobs, yogurt-marinated chicken shish tawook, a whole fried branzino and braised lamb shank. A popular side is a large, crispy pita topped liberally with za'atar. Recent specials include blistered green chickpeas, delicata squash with brown butter lebna and molokhia, an Egyptian rice dish. 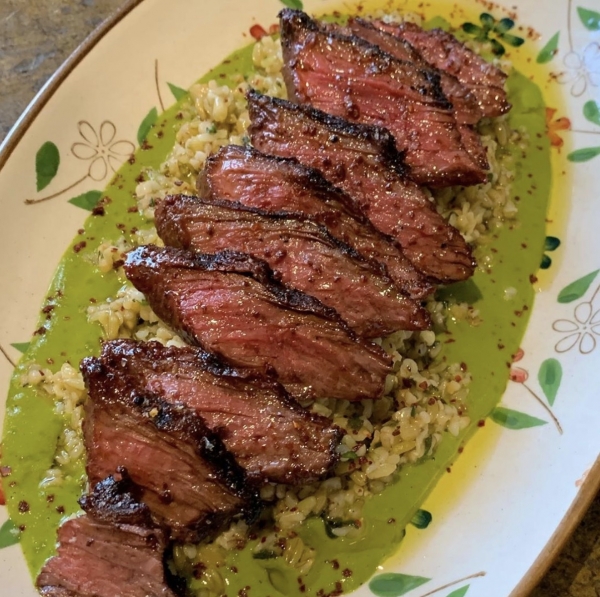 The Daly City Beit Rima will have the same menu for the most part.

It will be the first Beit Rima, however, with a full liquor license, so Mogannam plans to develop a cocktail program in addition to serving Palestinian, Moroccan and Lebanese beer and wines. Look for arak, an anise-flavored liquor popular in the Middle East.

Mogannam fell in love with cooking as a 19-year-old dishwasher at Mr. Pollo in San Francisco's Mission District. He went on to start an Arabic food pop-up called Taza and cooked at Aziza and Tawla in San Francisco and Dyafa in Oakland. A three-month stint at Al's Place, a Michelin-starred vegetable-focused restaurant in San Francisco, spurred him to refocus on Arabic food.

"I'm tired of this California cute shit," he realized. "I wanted to get back to my roots."

Sutter and PAMF — protect your patients from coronavirus — not just your employees
By Diana Diamond | 42 comments | 3,896 views

Rozmary Kitchen's weekly sandwich pop-ups return to The Midwife and the Baker
By The Peninsula Foodist | 1 comment | 3,806 views

What can you do with your EV battery?
By Sherry Listgarten | 7 comments | 2,855 views