A new home in Redwood City for Mademoiselle Colette's croissants

Owner Debora Ferrand took over the former Pamplemousse space at 2401 Broadway St. more than a year ago. She thought opening a bakery in a former bakery would make for a relatively painless remodel, but discovered that many elements of the 15-year-old space were not up to code.

"We needed to tear everything down and start from scratch," Ferrand said in an interview at the new bakery, which was renovated in the same classic French style as her two other patisseries. Ferrand opened the first Mademoiselle Colette in downtown Menlo Park in 2015 and expanded to downtown Palo Alto a year later. 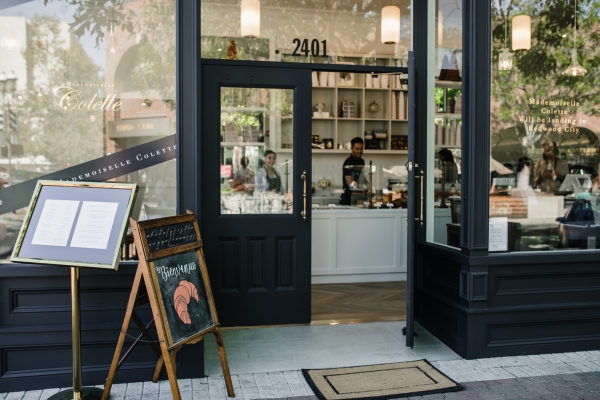 In Redwood City, the chevron-patterned wood floor is lined with brass. Antique marble-topped tables from France fill the space and framed historical drawings of Paris hang on the walls. One wall is covered with handmade wallpaper Ferrand brought back from a trip to London.

The Redwood City location will serve the same croissants, cakes, macarons and other pastries that have made Mademoiselle Colette popular. All of the pastries are made with imported French butter in a 6,000-square-foot commercial kitchen in Newark, which Colette opened a year and a half ago in part to expand the catering side of her business. Fresh pastries are delivered to all Mademoiselle Colettes daily.

The kitchen in Redwood City will also serve the same lunch and brunch dishes that are available in Menlo Park, such as quiche, croque monsieurs and madames, salads, French toast and the Parisian breakfast, a baguette served with French jam and hand-kneaded Beurre Bordier butter from Brittany. The food is overseen by executive chef Nicolas Agraz, who cut his teeth with French pastry chef Pierre Hermé, Christophe Michalak and Christophe Vasseur of famed Paris bakery Du Pain et Des Idées.

Debuting at Redwood City will be a daily special hot dish, such as chicken blanquette or beef bourguignon. Customers will also see a new line of mini choux pastries in vanilla bean, lemon, chocolate, sea salt caramel and strawberry flavors (also available in a gluten-free version). For drinks, there's French tea and coffee. 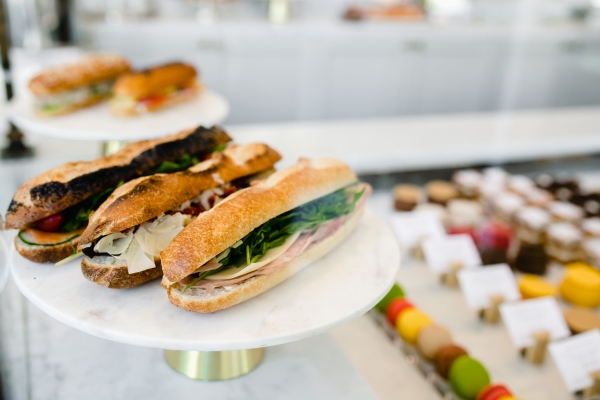 This won't be the last Mademoiselle Colette for Ferrand, who hopes to open another location in San Francisco. A press release on the Redwood City opening notes "there are plans to expand with several new locations in the future."

Awesome. My sister who loves all things French will be so pleased... great to know some of the issues behind the scene... great reporting....


Such a treasure! Every pastry is divine! Can't wait to bring friends. Great downtown location in RWC.

Jumping on a bandwagon that ends up breaking down
By Diana Diamond | 21 comments | 4,605 views