The locally born, New England-style seafood restaurant opened recently in the ground floor of the Box building at 900 Middlefield Road, Suite A.

The restaurant serves lobster rolls, fish and chips, chowders, fried oysters and other ocean-born fare, plus burgers and barbecued meats. 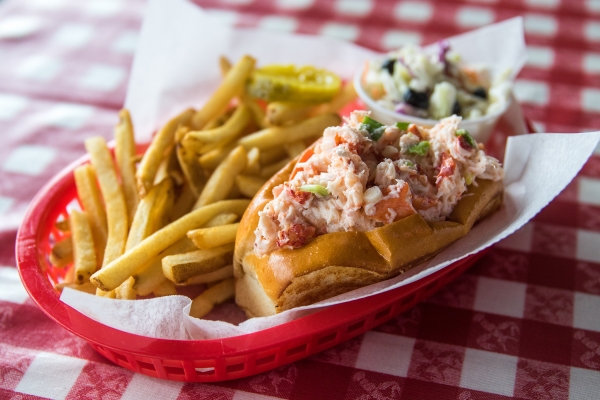 Old Port Lobster Shack got its start in Redwood City in 2006. With several additional openings over the years -- and then closures, as well as the former owner being charged with sales tax evasion -- two other locations remain at 20 Woodside Plaza in Redwood City and at the Ladera Country Shopper on Alpine Road in Portola Valley.

I hope the quality of the lobster in the rolls has been improved since they were on Veterans Blvd in Redwood City. That place was such a disappointment & many friends went there once or twice, never to return. (Lobster roll fans are strongly advised to follow Sam's Chowder House mobile truck!)

How we eat away at our open space, even in Palo Alto
By Sherry Listgarten | 5 comments | 6,858 views

Three new restaurants from former Manresa chef David Kinch and his team are coming to Los Gatos
By The Peninsula Foodist | 1 comment | 4,160 views