The wait is over: Ike's Place opens in Palo Alto

It took three and a half years, but Ike's Place is finally open in downtown Palo Alto.

The newest outpost of the Bay Area cult-favorite sandwich shop opened Tuesday morning at 401 Lytton Ave. Owner Ike Shehadeh took over the lease there in 2015 after John’s Cafe closed. 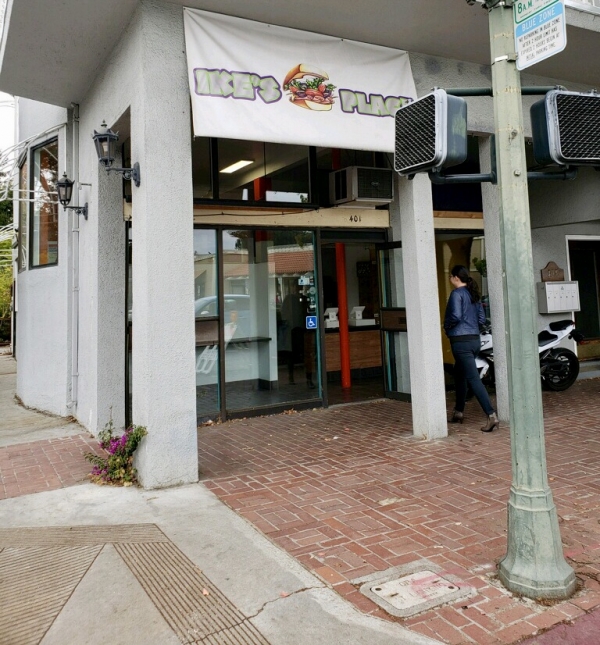 He declined to comment on why the location was delayed, but said "we could have been open on July 3, 2015, as far as the space." He said in 2016 that because Ike's would have less seating than John's Cafe did, and although it will continue to sell sandwiches and coffee like John's did, it was considered a use change, which caused delays.

Ike's bread is baked fresh to order and all sandwiches are slathered in a signature "Dirty Secret Sauce." 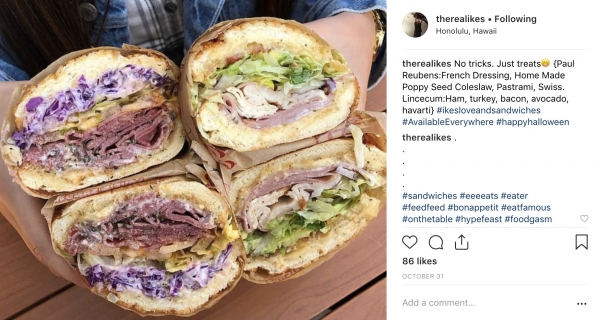 The "Paul Reubens" and "Lincecum" sandwiches, pictured on the Ike's Place Instagram.

Ike's Place was born in San Francisco in 2007. Shehadeh now runs more than 40 locations throughout California. He ran a popular outpost at Stanford University from 2009 to 2014, when he lost a bid to renew the contract, sparking student protests. In 2016, he opened an "express" grab-and-go cafe, Ike's Press, in Stanford's McMurtry Building.

Shehadeh opened the new Palo Alto Ike's while still in the hiring process, so he, his brother, step-brother and a friend will be there making sandwiches for the foreseeable future. Ike's on Lytton will be open from 11 a.m. to 3 p.m. daily until fully staffed, Shehadeh said. He hopes to be eventually stay open as late as 2 a.m. or 3 a.m. on Fridays and Saturdays.

"The good news is, I'm literally working the store," Shehadeh said. "If people want to meet me I will be here almost every single day until the staff situation gets situated."

This is AMAZING! I've been so excited waiting for this place to open. I can't wait to visit!


So excited to meet Ike and grab a sandwich soon! I've been passing that sign for a long time. Way to build the hype!


Glad they waited out the miserable Palo Alto,process to get this spot open.
On the other hand, this is a chain store, so how come the city allows it to open. But you could say this is a mom and pop store, so that is what Palo Alto wants.
Too bad the city council did not debate this matter as naseum, with Karen Holman voting against it in the end, to maintain her perfect record of opposition.


Yay! Finally! I hope it lives up to its reputation. Even if it is only half as great as people say, it will be a good thing. I am glad there is finally something open there. Palo Alto hurdles are an amazing thing to get over.


What size are those $12 sandwiches? If those are giant 12 inch sandwiches that could feed a family of 3, then the price isn't so bad.


Does one person need to pay that much and eat that much food?

I can find more sensible dishes at half the cost that wouldn't cause food coma.

Report Objectionable Content
+   2 people like this
Posted by Hopeful resident, a resident of Embarcadero Oaks/Leland,
on Nov 28, 2018 at 11:17 pm


Do they have pizza?


Does it really matter what size the everloving sandwich is? Let's be frank here, no offense. But if they ask you to take off your shoes when you eat there, I'm not even thinking about the sandwich. I'm thinking about the floors. And they're CLEAN.

You all, respectfully, are missing the point. Ike's is a new sandwich SHOP. Not a sandwich.


I am glad that this is finally opened! Don't compare the prices in San Francisco Ike's location with the one in Palo Alto. Just check out the prices at the Stanford Ike's location. The average is NOT $12.

Report Objectionable Content
+   2 people like this
Posted by Mark Weiss, a resident of Downtown North,
on Nov 29, 2018 at 12:40 pm
Mark Weiss is a registered user.

Report Objectionable Content
+   1 person likes this
Posted by Mark Weiss, a resident of Downtown North,
on Nov 29, 2018 at 12:41 pm
Mark Weiss is a registered user.

Report Objectionable Content
+   36 people like this
Posted by A great idea!, a resident of Another Mountain View Neighborhood,
on Nov 29, 2018 at 2:37 pm


OMG, I have THE BEST idea! If you get a huge sandwich, don't eat it all at once, save 1/2 for another meal. OMG, best idea ever right Neighbor?


Ok, I admit I lied:
due to the outpouring, I ducked in to Tamarine and had some yummy crab wonton soup; I asked Anna my server whether the words "long bay" in the dish's title is the same thing as Chinese dumplings called "long bao" and she said no its because of a long bay in Vietnam.
Save Ike's for another day.


As a Gunn grad who played against him in basketball, and then years later had a comedic monologue explaining the dilemma of being a Gunn Titan zealot -- to his two years of Vikingism -- and a 49ers/Stanford fan, there is no way I'd eat a "Jim Harbaugh" -- who we called "Harbarph" -- sandwich.

I presume it's extra ham.

I likes me a Matt Cain.

And let's note here that Stanford saved a scholarship for Menlo's John Paye rather than admitting Jim -- who settled for Michigan -- and also the Peninsula Times Tribune formerly Palo Alto Times named Paye a junior athlete of the year over Harbaugh a senior. Don't get me wrong, Jim was an exceptional athlete -- 3 sports -- but Paye was as good and a better sportsman.


@resident Not all sandwiches are that good leftover. The bread can get soggy from mayo and buggies. Second, those of us who are single and on fixed incomes are tired of having to pay outrageous prices with the idea that ut's IK because we can two meals out of it. Why can!t they just make portions smaller and charge less.

Report Objectionable Content
+   9 people like this
Posted by Is there an issue?, a resident of Another Mountain View Neighborhood,
on Nov 30, 2018 at 8:47 am


An entire meal that won't leave this 6'5", 210lbs, big eater hungry? And you say it's made with ultra high quality delicious ingredients as well as a proprietary sauces that you can ONLY get at Ikes? And this entire meal will only cost 10-12 dollars? In Palo Alto?
Heck yes!!!!


Shoot. I kept staring at those amazing looking sammys but the thought of driving in and dealing with mid-week parking/traffic makes it a deal breaker.
Then I thought, what a PERFECT end to a big weekend bike ride, maybe getting there before the mid day rush! Then I saw they were only open weekdays :(
Oh well. One day maybe the planets will align somehow and I'll try one.


Jim and I loved it.

12 can't-miss items at Eataly Silicon Valley, according to an Italian food expert
By The Peninsula Foodist | 0 comments | 1,991 views

I support conversion of office space to housing on West Bayshore
By Steve Levy | 10 comments | 1,555 views