Porta Blu is located at 200 Independence Drive, just off Hwy. 101. The all-day hotel restaurant "marries the ambiance and flavors of the Mediterranean with the Bay Area's fresh and forward approach to dining," a press release states.

For breakfast, look for dishes including shakshuka, lemon-ricotta pancakes, omelets and smoothies. Sandwiches, salads and paninis are served at lunch. For dinner, there are flatbreads; a variety of tagines -- chicken, fish, lamb or vegetable -- served with couscous; Portuguese steak frites; salmon wrapped in grape leaves; and other dishes. 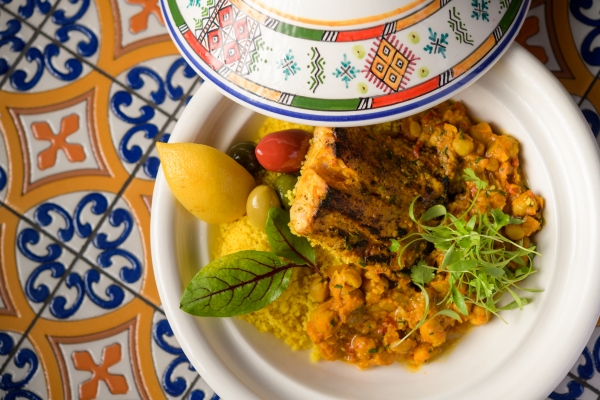 There are also cocktails, a "California-driven beer program" and an international wine list.

Chef de Cuisine Michael Riddell, a Bay Area native who worked at the Ritz-Carlton Half Moon Bay for the last decade, is leading the kitchen with Executive Chef Eric Cousin, who previously worked at The Essex House in New York, The Plaza Hotel in New York and Disneyland Paris.

The restaurant's name, which translates to blue door, is reflected in design elements: rolls of blue rugs and suspended blue doors hang from the ceiling in the main dining room. 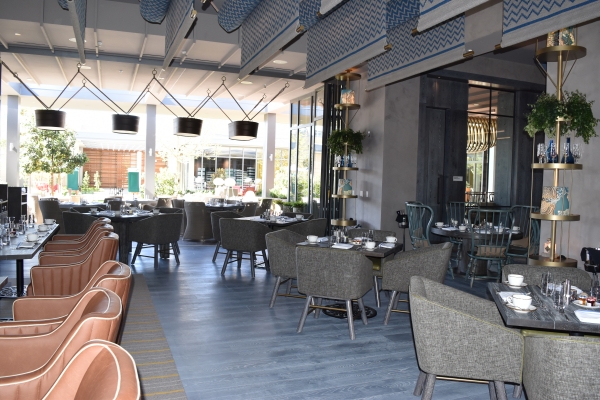 Rugs hang from the ceiling of the newly opened Porta Blu in Menlo Park. Photo by Kate Bradshaw.

A fond farewell from the Peninsula Foodist
By paloaltoonline.com | 7 comments | 2,892 views

Palo Alto has an escalating transparency problem -- the police have shut their doors
By Diana Diamond | 6 comments | 1,362 views