View all posts from Aldis Petriceks 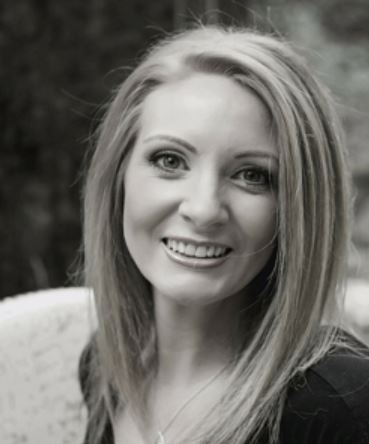 In 2015, Lynae Dodson’s mother finished the most difficult fight of her life: a battle with breast cancer, ending with surgical removal of the tumor. But like most hard-fought battles, this one left an enduring toll. Prior to the cancer, Dodson’s mother had invested tremendous time and effort into becoming a healthy, confident woman late in life; after her surgery, she was left scarred, and uncertain about her body. More than this, she was never consulted or educated about her post-treatment options – despite being treated (gratefully so) at one of the country’s leading cancer research centers. Not one person asked how she felt about her body, self, or future.

“At that moment, my switch flipped,” the younger Dodson says. “This is one of the leading cancer centers in the U.S., and they didn’t even tell her what her options were.’”

In today’s world, general knowledge about breast cancer is ubiquitous. Awareness and advocacy groups abound, informing women (and men) about its treatment, prevention, and risk factors. As a result, tremendous strides have been made in treatment and survival: since 1990, mortality rates have dropped 34%; the current five-year survival rate is near 100% for those diagnosed at Stage 0 or 1; and new treatments and prevention strategies continue to develop.

But despite all these advancements, one aspect of the breast cancer experience often goes unaddressed: recovery and, in some cases, reconstruction. Dodson realized this in 2015, when her switch first flipped. Since then, she has been giving light to breast cancer patients and survivors of all types. In fact, even before her mother’s diagnosis, Dodson had been working at a medical device company which was revolutionizing post-cancer breast reconstruction. To better understand the patients whom her company was helping, she interviewed over 150 breast cancer survivors about their post-treatment goals, support, and knowledge. What she expected was to hear their different plans and approaches for recovery and reconstruction.

What she found, however, was an abandoned ignorance. “I walked away so frustrated to realize: there is no standard of care,” Dodson recalls. “About two-thirds of the women I spoke to never once received information about reconstruction.” The result, for these women, was not merely some perceived imbalance or aesthetic imperfection; it was a feeling that this disease had walked away with a piece of themselves. After receiving mastectomies or lumpectomies – two different surgeries to remove breast tumors – many were left to interpret their past and ponder the future, without sound information about their options. As Dodson’s interviews showed, “once the woman’s done with treatment, they’re kind of left to put the pieces back together.”

When own Dodson’s mother was left to pick up those pieces, Dodson confronted a frustrating question herself: “How is breast cancer so acknowledged, and focused on, and out there, but nobody gets this information about reconstruction?” The answer, though equally frustrating, was intuitive: at each point of contact throughout the patient journey, that topic was simply not discussed. The focus – understandably so – was set squarely on survival. Yet, survival morphed into tunnel vision for both caregiver and patient. Diseases were being cured, problems were being solved, but people were not being healed. Throughout breast cancer treatment, rarely were patients asked about their long-term hopes, fears, and confusions surrounding their bodies.

That, Dodson notes, creates a deafening volume of silent voices. Certainly, breast cancer is commonplace in society’s medical imagination: “Close your eyes, spin around, and point to someone – odds are that they’ve been impacted by breast cancer in some way. One in eight women are diagnosed at some point in their life.” But prevalence often clouds cancer’s immense personal impact. It masks the oft-forgotten suffering of survivors, who must re-learn to love the bodies which nearly killed them, and the lives they almost lost: “You realize that nobody’s addressing the after-cancer. There’s a huge divorce rate among women who’ve had breast cancer; there’s many women going back into the dating scene with no breasts… there’s all these issues.”

For Dodson, recovery is not a mere footnote following a glorious victory over cancer. Recovery – which may or may not include breast reconstruction – is where patients take back their lives. It is where they make sense of themselves and their new worlds. How could anyone treat it as anything less?

So, in 2015 Dodson founded I’m Taking Charge – a community of advocacy and empowerment for women wrestling with their post-cancer options. Building off insights from countless patients and survivors, ITC came to provide information, support, and choice for those concerned with post-cancer life. Through their website, social media, and public outreach the organization quickly became more than an information source; it became a safe haven for honest compassion.

“We didn’t realize how much the women were suffering in silence, until they started finding us,” Dodson remarks. What those women did come to find, nonetheless, was liberating: “We want to provide women with knowledge, education, information – first of all, for their rights. There’s not a lot in cancer treatment that you get to choose… we’ve empowered [patients to have a choice.” For ITC, that liberating choice begins with reliable medical knowledge, examined by physicians on the organization’s advisory board; and it continues with a community of strong, genuine, insightful women: “We love having a community where others have been through the process – they share their struggles, some of the things that helped them.”

To suffer is difficult. But suffering alone, in the prison of one’s own mind, can be debilitating. In recognizing the person behind each breast cancer patient, Dodson and ITC hope to provide an escape from that prison. They hope to remind others that breast reconstruction “is not just about a physical connection, it’s an emotional connection for a lot of women.” Keeping with that compassionate understanding, the organization cannot merely prescribe a one-size-fits-all approach to recovery; it cannot simply push one post-cancer strategy over another. Instead, the work is about finally “giving women power to choose for themselves.”

In fact, after joining the community and probing its resources, many women choose not to undergo breast reconstruction. Dodson sees that many “feel much more empowered not getting the reconstruction,” and is joyful to embolden that decision, too. Many are like the actress and director Kathy Bates, who has recently been outspoken about “going flat” after her own double mastectomy. “Some people,” says Dodson, “look down and see that scar, see ‘flat,’ and that’s what gets them through the day: knowing they overcame that.”

Still, many women are elated to find the ITC community and its resources for breast reconstruction. Ranging from their early-twenties to late-eighties, women of all ages and backgrounds use this newfound knowledge and support to “take back a piece of what cancer stole.” Dodson recalls one story, of a 76-year-old survivor who at first chose to forgo reconstruction. Having been in her eighth decade of life and worn out by cancer treatment, she simply did not want any more surgeries. But over the course of the course of two years, she “went from one of the most social people, to this introverted, depressed person,” and could not understand why. That is, until she pursued therapy and realized: “After the surgery, she just did not feel whole. She didn’t feel comfortable in her body.” With that realization, in her late-seventies, the woman chose to have breast reconstruction surgery. Regaining what cancer stole, “she just blossomed… not only regaining her personality, but wanting to improve other areas of her life.”

Stories like this might confuse some, who mistake breast reconstruction for a vain attempt at artificial beauty. For Dodson and her organization, however, things could not be more transparent. “It’s not a boob job,” Dodson asserts, “I don’t know one woman who is doing this… so they can get a boob job.” The journey for breast cancer survivors is akin to losing any other body part – whether a hand, or a front tooth. Some people opt for prosthetic hands or replacement teeth, while some wear their scars as a symbol of strength. But no one loses an arm, tooth, or breast, merely so they might get a new one. To those who do not understand why women need options for reconstruction, Dodson simply insists, “it’s not vanity for everyone; it means something different to each person.”

The mission of I’m Taking Charge, then, is not only to recognize women in their suffering, but to give them give a voice. The mission is to find unity in this all-too-common disease – helping women heal, even after they are cured. To achieve that goal, of course, the organization needs support itself; as a registered nonprofit, ITC needs companies and individuals to sponsor it financially. But Dodson is hopeful that others will recognize the importance of this work. Indeed, she is too driven by purpose not to have hope: “If just a couple people can have an easier journey by bumping into an article, or finding out that they actually have choices…” Dodson passionately proclaims, “I get chills when I think of impacting just a couple people.”

When that switch flipped for Lynae Dodson in 2015, little did she expect herself to be illuminated with such energy and purpose. Little did she know, more than “just a couple people” would have their lives changed for the better – the group’s 27,000 followers on social media, and 20,000 monthly website visitors can attest. Yet for all the surprises and revelations Dodson has come across since founding I’m Taking Charge, she could not be more aware of the goal: to make a woman’s road to recovery a little bit easier, her cancer a tad less overwhelming, and her personhood sincerely more whole. Dodson may not have expected this when her switch first flipped – but the lights are still on, and brighter than ever.

To learn more about I'm Taking Charge, and options for women facing breast cancer and/or post-cancer recovery, you can visit www.imtakingcharge.com

Flying: How to lower your impact
By Sherry Listgarten | 10 comments | 2,219 views