A message from the owners posted in the pizzeria's windows apologizes for the "abrupt notice," stating that they were unable to stay open after too many employees left when they were notified about the future closure.

"After 14 years we have decided it is time for us to take a break and think about what we want to do next," the message reads. "It was a dream come true to be a small family business in this community and we want to thank every customer, employee, vendor and friend who have been a part of Spot Pizza over the years." 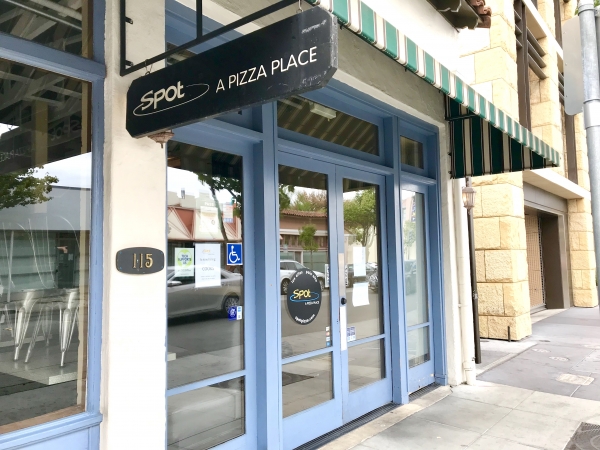 Owner Kelly Marik said he was still in negotiations for the space and declined to comment.

He opened a second Spot in Los Altos in 2006; that location remains open.

ah nuts. this is our favorite pizza place.

Report Objectionable Content
Posted by pizzaboy, a resident of Another Palo Alto neighborhood,
on Nov 29, 2017 at 6:28 am


Oh bollocks, they had fantastic lunch specials. Old school vibe but with modern youthful staff, always friendly to customers (or at least to me). Guess I'll have to switch over to Domino's now.

This barbecue business was kicked out of Belmont. Now it's a Sunday fixture in Redwood City.
By The Peninsula Foodist | 2 comments | 5,237 views

Can the Memphis police behavior ever happen here?
By Diana Diamond | 38 comments | 2,168 views