Uploaded: Aug 25, 2017
Yotam Ottolenghi, the Israeli-born chef who has made a name for himself with numerous cookbooks and eateries in London, is coming to Palo Alto in October.

Ottolenghi will speak at the Oshman Family JCC on Tuesday, Oct. 3, with pastry chef Helen Goh. The two collaborated on a forthcoming baking and desserts cookbook called "Sweet," which will come out the same day.

"Admitting to a sweet tooth these days seems rather illicit, what with sugar cast in the role of Public Enemy No. 1," Ottolenghi wrote in a debut all-things-sweet column he started at the The New York Times in February. "But here is my confession: I rarely go a day without a slice or bite or square of something sweet." 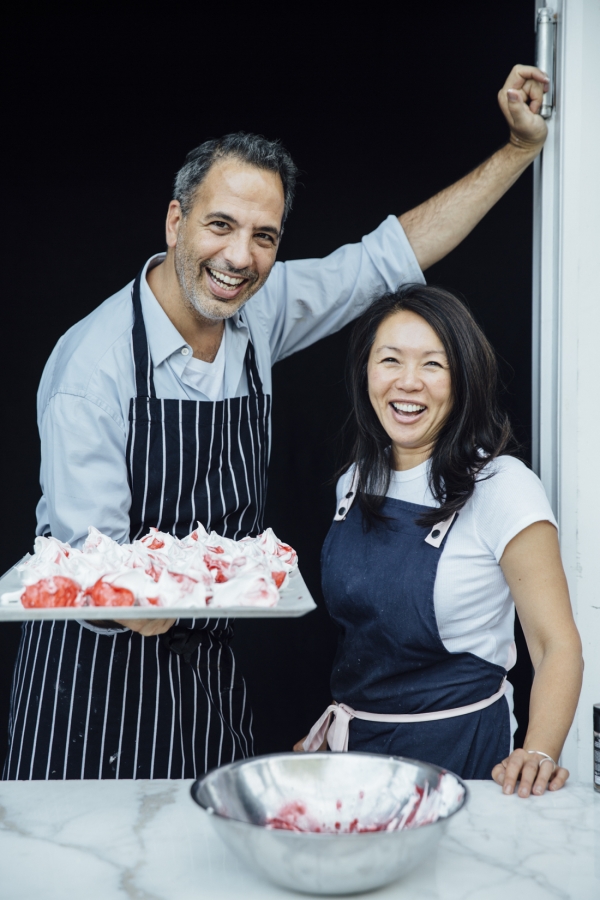 Ottolenghi, who was born and raised in Jerusalem, is known for a focus on vegetables and vibrant, mostly savory Middle Eastern cooking in his past cookbooks, "Plenty," "Jerusalem," "Plenty More" and "Nopi." But Ottolenghi got his start in the world of sweets. He trained in patisserie and his first kitchen job was as a pastry chef, he wrote in his column.

"I always find cooking for people satisfying, but there is something particularly — and instantly — rewarding about that moment of bliss that you see when someone bites into something sweet and delicious for the first time," he wrote. "Whether it’s a rich and composed dessert, such as my kataifi nests, or a refreshing and light granita, the world, for that shared moment, is all about a simple and straightforward kind of pleasure."

His new cookbook is a testament to this, with recipes for cookies, cakes, tarts, pies and more that incorporate typical Ottolenghi ingredients like rose petals, figs, saffron, pistachio and cardamon. Learn to make tahini and halva brownies, orange and honey madeleines and blackberry and star anise friands (small almond cakes). 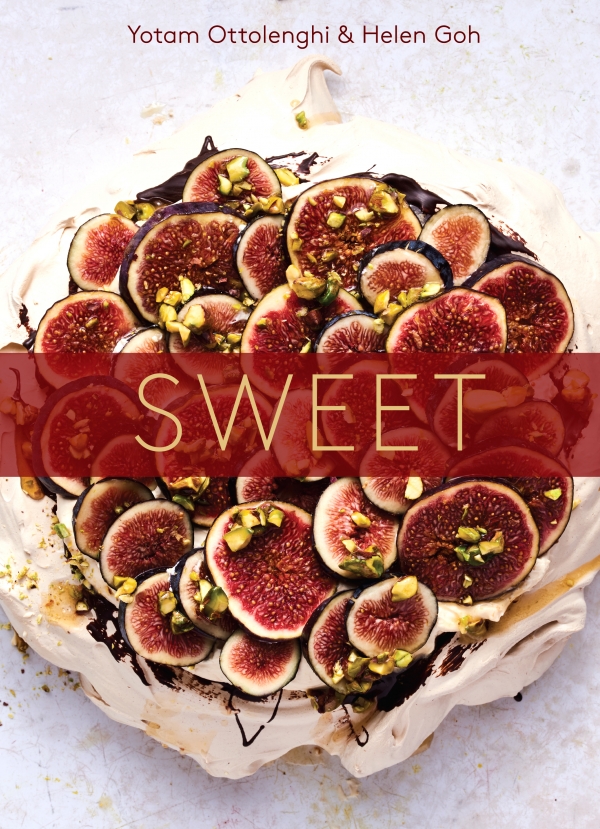 The cover of "Sweet," which will be released on Oct. 3

In a "happy accident," a press release states, more than 30 of the recipes turned out gluten-free.

Goh is a longtime "collaborator" and product developer for Ottolenghi, the event description states.

The Palo Alto talk will be moderated by Margo True, food editor for Sunset Magazine. The event will run from noon to 1:30 p.m. with a book signing to follow.

Tickets are $25 for the general public, $20 for JCC members and $40 for ticket and a copy of "Sweet," which gets you priority for the post-event book signing. To purchase tickets, go to paloaltojcc.org.

Anne Le Ziblatt, formerly of Tamarine and Bong Su, is back with a Vietnamese noodle bar in Redwood City
By Elena Kadvany | 7 comments | 3,857 views

You Can Help: Scents and Migraines
By Chandrama Anderson | 0 comments | 1,324 views