"We thought, 'How about making the deck different than 37-year-old, venerable Flea Street?'" she said. 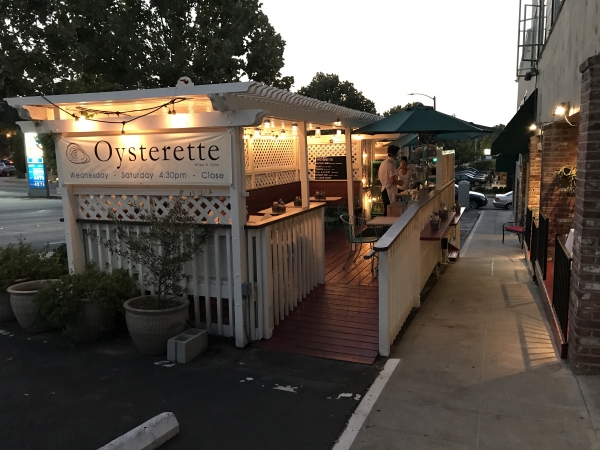 The idea is "light, bright, casual, with the same food core values" as Flea St., where Cool has been espousing farm-to-table cooking since she opened in 1980.

Chef Charlie Parker said he and Cool wanted to offer "something a little bit more fun and inviting," with a more casual, "playful" and completely different menu (plus louder music) than at Flea St.

There is, of course, a changing selection of West and East coast oysters, served on the shell with a cucumber salsa hot sauce and lime, and other raw seafood dishes. There's also avocado toast with smoked trout and giardiniera (a relish of Italian pickled vegetables); Serrano ham served with burrata and melon; and Old Bay potato chips. For dessert, there's an ice cream sandwich — strawberry ice cream between two pistachio and brown butter cookies. 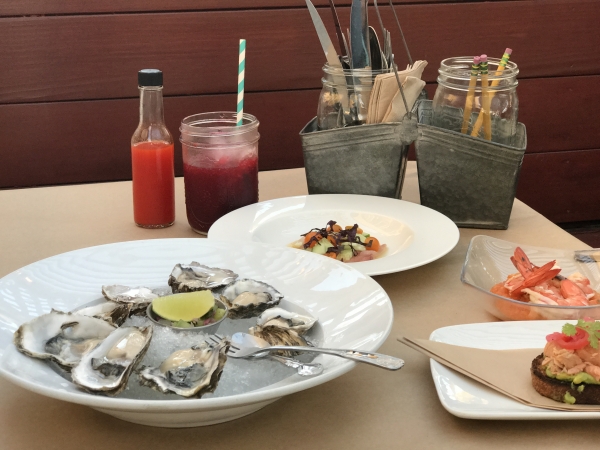 Oysters and other dishes at the Oysterette. Photo courtesy Flea St. Cafe. 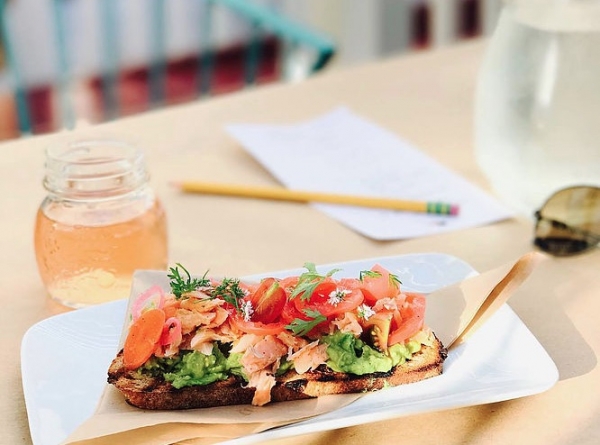 The Oysterette serves wine, beer and cocktails, like a nectarine and basil margarita or blackberries and bourbon with mint shrub.

The Oysterette is open Wednesday-Saturday from 4:30 p.m. to closing. Flea St. is located at 3607 Alameda de las Pulgas in Menlo Park.


Raw oyster, as well as clams on the half shell, are the number one causes of type A hepatitis. These are followed very, very closed by sushi and sashimi in the number two position. These are CDC facts!

if you have not been vaccinated for hepatitis A, DO NOT eat RW oyster, clams, sushi or sashimi!


Is this a gourmet blog or just a walking advertisement column for new restaurants?


We stopped going to Flea St Cafe after it became so dreadfully snobby. The wait staff was just awful, sneering even.


>>>We stopped going to Flea St Cafe after it became so dreadfully snobby. The wait staff was just awful, sneering even

Ironic. Considering that Jesse Cool is a self-professed former hippie.

Report Objectionable Content
+   3 people like this
Posted by Online Name, a resident of Embarcadero Oaks/Leland,
on Aug 28, 2017 at 11:29 am


Good for them. Finally a reason to try them again; it's been quite a while.


@Curious (a resident of College Terrace):

Peninsula Foodist is a blog mostly about new developments (primarily openings and closings) of Peninsula restaurants.

It's not a general gourmet or food blog since the author does not write about home cooking nor does it cover groceries, Nor is it a restaurant review column since the author often writes about restaurants that haven't opened yet or have already closed down.

If this blog's subject matter does not appeal to you, you are always welcome to read something else.


@Reader...I think Curious is right, but I'll take your advice and stop reading this blog. It doesn't add anything to my life experience (I haven't yet, and probably will never go to one of the restaurants she writes about) but it must do a lot for other people who read it and are just 'curious' about what's going on in our local culinary scene. Pre-openings and closures, equally reported. "Velly intarethting"...Arte...from long ago. Reading hype about what's to be or bad news about closures, the what's been, is not really newsy and some of it is sad.

Report Objectionable Content
+   6 people like this
Posted by Floggrgurl, a resident of Embarcadero Oaks/Leland,
on Aug 29, 2017 at 12:44 pm


Whats so wrong with a piece about something new and different in the community? It can't all be about city politics and constant complainers

Couples: Are you Committed to your Vows or Dysfunction?
By Chandrama Anderson | 2 comments | 2,148 views

Do peaceful protests do any good? How about the more violent ones?
By Diana Diamond | 8 comments | 1,093 views